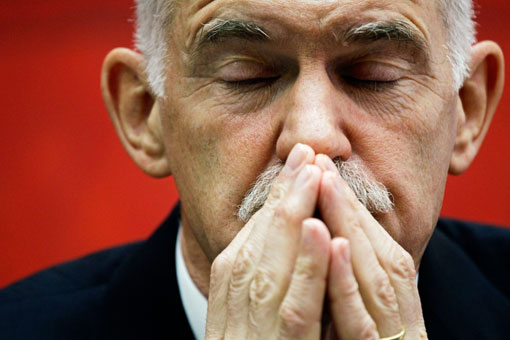 Escaping news of threatened and actual downgrades in the credit ratings of countries, debates over sovereign debt, and alarms over governmental deficits is nearly impossible in today’s world. Governments worldwide are in the midst of a level of crisis expected perhaps during a world war but certainly not during times of relative peace. Thanks to intense media coverage, we are all too familiar with the proposed causes, symptoms, and effects of the recent recession and its contributions to the crippling of governments.

Experts and pundits in all fields have offered their opinions on what caused the recession. Some of the primary thoughts are that a series of gross imbalances in commodity and housing prices, trade and governmental budgetary deficits, national and personal debt, among other factors combined to push the developed world into a recession.

This recession pushed governments, which had been either living well beyond their means or were already close to the financial brink, into the abyss. The changing fortunes of many of the world’s national governments, also known as ‘sovereigns,’ were not lost upon the credit ratings agencies. A number of countries’ sovereign credit ratings were lowered during this past recession, signaling that the perceived ability of those countries to service their national debt and other obligations was decreasing. Certain countries, such as Greece, came so close to defaulting on their obligations that significant “bailouts” were required on a national level. Austerity measures were also hurriedly enacted by many countries to quickly address their fiscal problems.

Chain reaction
We recently completed a study focused on the theory that the health of a sovereign has a direct effect on the health of the companies within its borders as an approach to test for fiscal codependence. The thought behind this premise was that governmental measures that may be necessary to be enacted to address gaping budget deficits and projected funding shortfalls including: tax increases, decreases in the quality or quantity of services, and reduced governmental benefits and welfare.

To test this idea, we reviewed the sovereign credit ratings changes from 2000–2010. A change in this rating signals an increase or decrease in the perceived ability of that government to meet its obligations, which is a measure of its fiscal health and stability. The approach we employed to test if a change in sovereign fiscal health has an effect on the health of businesses was to equate business performance with equity returns. Specifically, we compared market-adjusted equity returns over a short period around the date of the governmental credit rating change with the returns of a global equity index. We found that sovereign credit ratings downgrades and upgrades had a statistically significant association with sovereign market-adjusted equity returns.

This ultimately demonstrates that stock markets directly react to the health of the national government and that there is, at least, an implied effect from the sovereign’s fiscal condition upon its domestic businesses. While some may believe this is just common sense, past studies in this area have conflicted with each other on this point. However, for a host of debatable reasons, the testing of our recent sample provides evidence that people are aware of how governments not only have a strong effect on our pay and personal finances but also upon our employers.