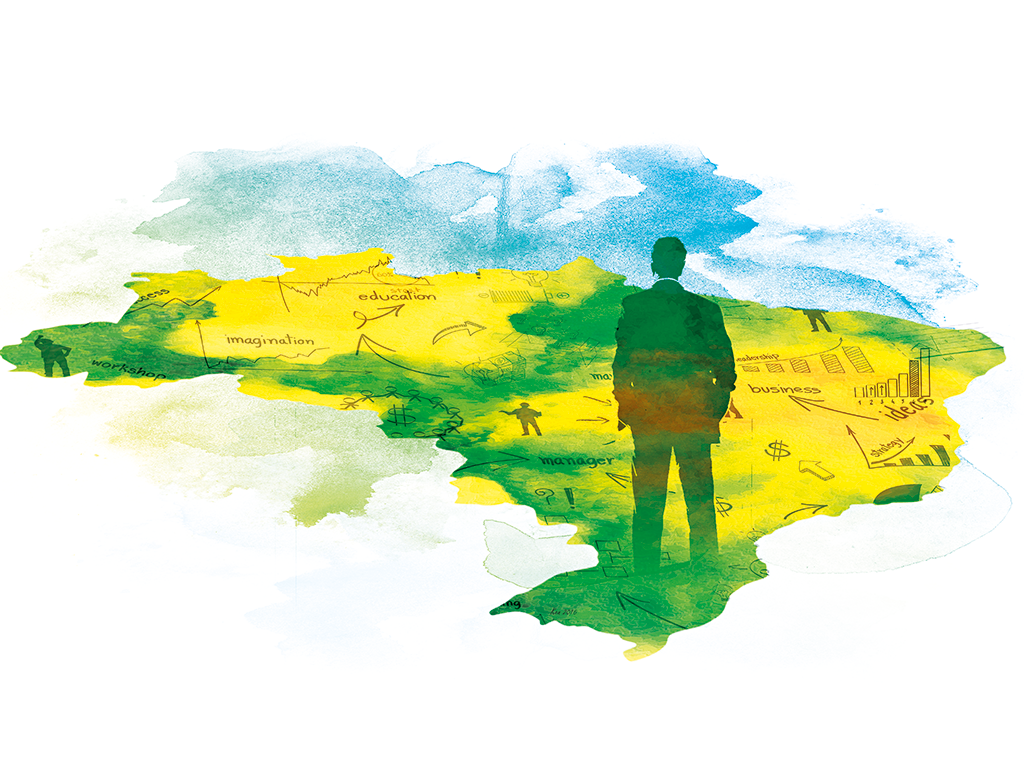 Starting in 2003, the Brazilian Workers’ Party (PT) saw its first few years benefit from huge increases in demand and prices for commodities, and a relatively light touch in domestic market interventions. Significant increases in minimum salaries and pensions linked to it, as well as relatively small but widespread cash distribution for poor families, strongly accelerated the ongoing 15-year trend for better income distribution and consumer spending by low-income families. This very positive result boosted the economy, and produced enormous popular acclaim in Brazil and abroad for the charismatic union leader turned president, Luis Inacio da Silva, popularly known as Lula.

Power transfer
However, all good things must come to an end. With the global financial crisis in 2008, Lula stimulated government spending, artificially boosted consumer markets with tax breaks and continued to mandate salary increases dissociated from productivity gains, while the volume and value of commodity prices fell. His popular support continued to rise, so much so that, amid multiple corruption charges and the conviction of his senior political aides, he managed to get, by a relatively small margin, his inexperienced protégé Dilma Rousseff elected as the first female president of Brazil. An economist with stronger socialist convictions than Lula and an urban guerrilla in her youth, pardoned in the general amnesty towards the end of the military regime, Rousseff intervened disastrously in the economy and increased the budget deficit, taxes, inflation and unemployment, resulting in a 3.8 percent GDP reduction in 2015.

In 2016, an impeachment process for alleged illegal budget overspending and a rock-bottom 10 percent approval rating for Rousseff and PT suggest a political shift towards a centrist and more business-orientated government, most likely under Vice President Michel Temer of the Brazilian Democratic Movement Party.

The current financial crisis, lower asset values and devaluation of the Brazilian currency have generated huge investment opportunities; Brazil has one of the six or seven largest consumer markets in the world for many things, such as shampoo, beer and soft drinks, automobiles, motorcycles, helicopters, cosmetics, books and many other products. It is also one of the two biggest global exporters of iron ore, beef and regional aircraft. All this has been achieved with poor transport infrastructure and an inefficient, regulation-bound and slow-moving system of bureaucracy.

FIA Business School’s graduates include CEOs and business leaders in each of the aforementioned industries, and the school has studied their management practices to glean what makes them unique. Their approach represents a particularly Brazilian brand of management, integrating creative strategies, innovative use of technology and resources, flexibility and social consciousness.

Contrary to popular misconceptions, fun-loving Brazilians work long hours. Rigorous project management, attention to detail, focus on objectives, hard work and perspiration are trademarks of outstanding Brazilian companies such as Embraer, the world leader in regional aircraft; Vale, possibly the most efficient mining company in the world; and AmBev, global leader in the beer industry.

Thinking differently
Profuturo-FIA, a future studies centre, was created in 1980 to study economic, social and technological trends, and launched the first executive MBA in Brazil, with international standards but a distinctly Brazilian flavour. The objective was to provide executives with modern management tools, coupled with a global outlook and a sense of social responsibility. A first innovation turned the traditional MBA head over heels; instead of starting with core subjects like accounting, statistics or marketing, it begins with an in-depth analysis of the socio-economic and strategic challenges in a volatile business environment. With a clear vision of companies’ mission and role in society, as well as an understanding of the requirement to create increasing shareholder returns, the subsequent courses focus on leading company-wide transformations to achieve sustainable strategic leadership.

Sustainable leadership requires a strong emphasis on business ethics and corporate social responsibility, which has been taught on the FIA executive MBA since 1993. This has created a lasting commitment to social causes by the FIA Alumni Association, whose primary goal is to give back to society by applying management expertise to charitable NGOs. More than 1,000 volunteer MBA graduates have trained hundreds of NGOs in business practices, and our teaching materials have been provided to 17 countries.

From the outset, we sought to partially reverse the traditional flow of original management thought from more developed centres. In 1984, we published the first scenarios and models that called for companies to create ‘basic products’ specifically designed for low-income consumers in emerging markets. This approach later became internationally accepted through CK Prahalad’s 2005 bestseller The Wealth at the Bottom of the Pyramid. Professor Renata Spers followed up, analysing five years of financial data that showed, for the first time ever, that companies that served low-income groups grew more and were more lucrative than firms that focused primarily on high-income markets in Brazil.

In another innovative line of research, Professor Alfredo Behrens studied how Brazilian samba clubs put on one of the world’s grandest and most creative spectacles, the parades at Rio Carnival. Each club, with up to 5,000 members, competes with a rigorously orchestrated, perfectly timed 55-minute extravaganza of creative costumes, choreographed dances, imaginative floats and distinctive storylines. It is truly an amazing project management feat, which sees thousands of poorly educated but highly motivated club members work solidly for a full year.

World view
Gaining a global outlook is a key part of management development, so, since 1995, FIA executive MBA graduates take at least two international study trips. Every year, regular study trips go to the US, the UK, France, China, India, Dubai, Mexico and Canada. This is a truly international learning experience, which is materialised in comparative studies, seminars and business plans presented on students’ return to Brazil.

Integrating best practices across different business schools, the Americas MBA for executives is a joint programme between ITAM in Mexico, Simon Fraser University in Canada, Vanderbilt University in the US and FIA in Brazil. Students from all four schools study the core subjects at their home university in the first part of the programme, and then meet in four intensive immersions in each country, to study and learn about other business cultures. This programme has shown itself to be a wonderful cross-cultural learning experience, in a very cost and time-effective format.

Other distinctive formats include specialised MBAs in areas such as marketing, finance, retail, banking, international trade and human resources, among others, and a four-year undergraduate programme that has won international competitions for creating sustainable business models.

These initiatives have allowed FIA to be the first South American school to effectively attract a class of full time MBA students from Europe and North America, who come to Brazil to study in English and learn about management with a Brazilian flavour. In this way, FIA feels that it is helping to develop not only capable managers, who are making companies in Brazil more competitive, but preparing international executives who will work together to bring effective and concrete contributions to a better and more prosperous world.