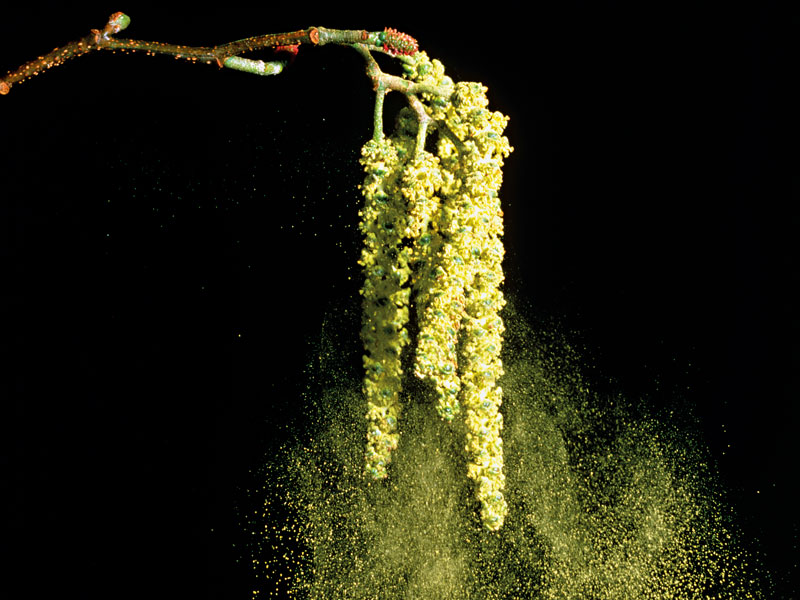 Plair’s particle identifiers use laser-matter interaction to provide insights on individual particle morphology and chemistry. This analysis runs 24 hours a day, allowing for the identification of different biological contaminants to be made simultaneously

Airborne biological contaminants – such as bacteria, enzymes, fungi and viruses – have a massive impact on many fields, from pharmaceuticals and food production to public health and the environment.

In the manufacture of pharmaceuticals, for example, production lines must be constantly monitored to prevent contamination. With pharmaceutical products highly vulnerable to biological and viable particles (those containing living microorganisms), early detection of air contamination can help reduce production losses and accelerate a product’s release.

Biocontamination is also a concern for hospitals. In 2016, nine of 24 operating rooms at Georges Pompidou European Hospital in Paris were temporarily closed due to air contamination.

After six days of routine measurements, results revealed the presence of Aspergillus fungi, a contaminant that can cause a number of diseases in the lungs and sinuses. Similar issues of biological contamination are present in the food industry: even a small number of airborne bacteria or fungi can damage dairy products, fruits and vegetables, resulting in large volumes of product waste.

For many years, monitoring has centred on the detection of viable particles via routine manual sampling. But with the benefits of a proactive, preventative approach clear for all to see, there is a growing demand for real-time, operator-free technology that provides more detailed and efficient data.

The wild outdoors
Air contamination isn’t limited to the confines of a hospital or factory; outdoor spaces also benefit from the monitoring of biological contaminants. This is a complex task, however, as there are often many biological particles present at any one time.

The most underlined contaminants are the pollen grains of trees, grasses and weeds. In Western and Central Europe, for example, there are more than 15 allergenic pollen species present throughout the year. All of these species require continuous monitoring.

As with viable particles in pharmaceutical cleanrooms, the real-time monitoring of outdoor pollen levels has only recently become a possibility. Currently, all pollen alerts issued by meteorological and healthcare institutions are based on old data – a combination of statistics and forecasts from previous weeks – and lack precision.

This inaccuracy costs the healthcare industry tens of billions of dollars each year. In fact, according to the European Lung Foundation, the total annual cost of asthma in Europe when taking indirect costs and disability-adjusted life years into account is approximately €72.2bn ($83.6bn). Improving early prevention could significantly reduce this economic burden.

With this in mind, Plair actively monitors the outdoor environment for airborne allergens. Our customers are predominantly weather service providers, and more than half of European countries currently use our products.

While there are many companies developing and commercialising automatic pollen-detection products – with varying degrees of success – our main competitor continues to be routine manual sampling. Indeed, having been used around the world for the past 30 years, this method has become the gold standard for pollen monitoring, and all companies in this field are competing to replace it.

Growing a start-up
Plair’s core technology is the result of eight years of R&D at the University of Geneva, where Dr Svetlana Kiseleva and I produced a PhD thesis on the development of aerosol-detection devices for bacteria identification.

Annual cost of asthma in Europe

At that time, it was popular to design portable devices capable of identifying ‘bioaerosols’ in the air, principally for defence and security purposes. However, as we were working and living in Switzerland, another, more urgent need presented itself: approximately 1.2 million Swiss citizens are allergic to pollen. With the country’s weather services driving demand for real-time allergen monitoring, we seized the opportunity to test our technology in this space.

But the transition from scientist to CEO was not a seamless one. As with most start-ups, my role as CEO evolved as the company grew. In the early years, for example, I deployed and installed products as a technician, wrote and reviewed contracts and agreements as an in-house jurist, and designed electrical and mechanical systems as an engineer. Fortunately, as scientists, we were happy to adapt to new challenges and were always ready to acquire new skills.

What was not always easy, however, was having the focus required to manage a team effectively. This is why the founding team often plays a very important role in a company’s formative years, managing administrative and operational tasks.

It is also responsible for bringing the company’s vision, as well as its technological understanding, to market. The survival and prosperity of a start-up, therefore, largely depends on the founding team’s (and especially the CEO’s) ability to withstand the pressure of multitasking.

Through its successful management – and with the support of several start-up incubators – Plair has taken a leading role in the development of spectroscopy-based instruments over the past four years, allowing for the precise and instantaneous identification of environmental hazards.

Breath of fresh air
Plair’s particle identifiers use laser-matter interaction to provide insights on individual particle morphology and chemistry. This analysis runs 24 hours a day, allowing for the identification of different biological contaminants to be made simultaneously.

Results are available to customers – such as meteorological services and environmental bodies – within minutes, giving them ample time to issue alerts to the public and take preventative measures. This, in turn, allows concerned individuals to better plan outdoor activities and activate air purifiers to clean the air around them.

Plair has several patents pending and more to be submitted soon, but we also offer our instruments to leading research institutions active in the field of bioaerosol monitoring.

This often presents us with opportunities to test our products in harsh environmental conditions, as scientists like to be the first to take measurements in unexpected sites. For example, our instruments have already been used on ships travelling across the Atlantic and Indian oceans for climate studies.

Plair is one of few instruments providers currently combining cutting-edge environmental-monitoring hardware with AI. The result is advanced, out-of-the-box solutions that are easy to use and accessible to non-experts.

In the age of automation, we believe even complex tasks that have been performed manually for decades – like bioaerosol monitoring – can now be carried out by machines. If newly developed cars can drive themselves, why can’t environmental monitoring become intelligent, precise and targeted?