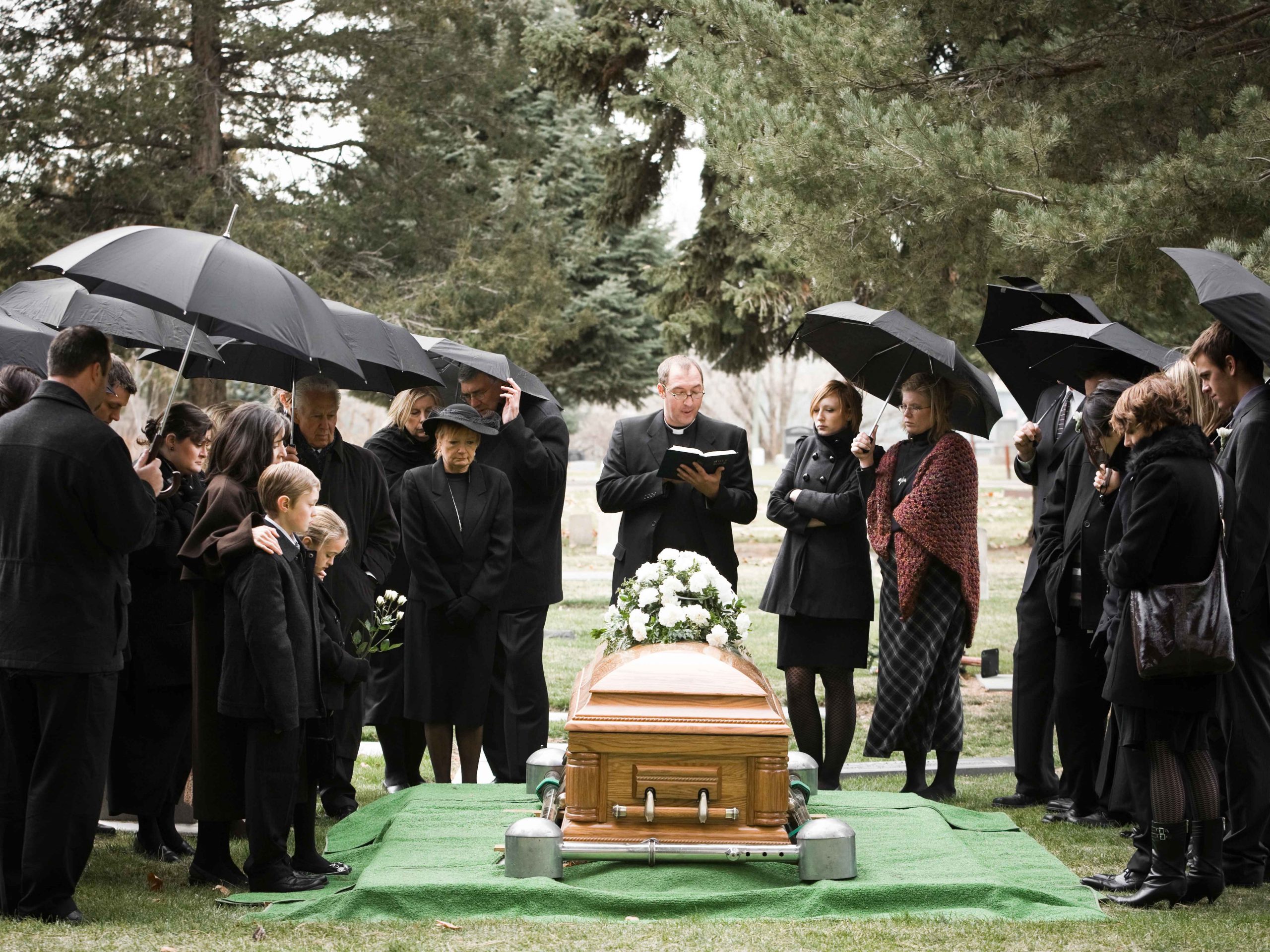 With funerals, burials and cremations becoming increasingly unaffordable, some start-ups are revolutionising the death care sector by offering a more streamlined, tech-enabled and cost-effective service

Considering that funerals are events where the bereaved take comfort in ritual and tradition, they might not seem the best place for a sprinkle of Silicon Valley disruption. But a growing number of entrepreneurs believe the death care industry – worth $21bn in the US – is in desperate need of a shake-up.

Today, dying is an increasingly expensive thing to do. In 2019, the median price for a funeral and burial in the US was $9,135, according to the National Association of Funeral Directors, while funerals in the UK have seen a cost increase of six percent every year for the past 14 years.

Clearly, there is a market for companies that offer a more streamlined, tech-enabled and cost-effective service. But beyond the simple question of value for money, consumer needs within the funeral sector are also changing.

“People want a ceremony that’s true to them, and I think that’s what funerals these days are attempting to achieve,” said Caroline Black, a celebrant with Humanists UK. A religious service is no longer the default, and – thanks to scientific innovation – the range of end-of-life options to choose from is broader than ever before. In today’s funeral industry, almost anything goes.

The final frontier
Organising a funeral is a very involved process; one that people are rarely prepared for. When the bereaved are still struggling to come to terms with what’s happened, having to fill out form after form and make decisions about flower arrangements is far from ideal.

This was Keith Crawford’s experience when his father passed away in 2013. He found it not just bureaucratic, but also predatory. “In my case, there was a very pressured up-selling environment for additional products and services,” he told The New Economy. “Pricing is usually very confusing and families often end up paying more than advertised… Ever since going through that experience, I’ve felt like the funeral industry was long overdue for reinvention.”

Convinced there must be a simpler alternative, Crawford and David Odusanya – both former creative directors at Nike – founded the funeral start-up Solace, which provides low-cost direct cremation services. “We have streamlined the entire process,” said Crawford. “We have one flat price for everything. The entire process can be done from anywhere, anytime via desktop or mobile and it generally takes three to five days.”

Direct cremation has no attendees and no ceremonies. This may seem a tad austere, but there’s a growing demand for unpretentious, no-frills services like these. It also makes financial sense: families can save thousands by holding a personal memorial service afterwards instead of a formal ceremony in a church.

Value of the US death care industry

Median price of a US funeral

Annual increase in the price of UK funerals

Solace’s direct cremation service is part of a wider shift towards cremation that has been witnessed in recent decades. According to Time, in 1980, fewer than 10 percent of people in the US chose to be cremated when they died. Now, more than half of the country opts for cremation over burial, according to the National Association of Funeral Directors.

There is also a decreasing amount of burial space in cities around the world. In Hong Kong, all permanent plots in public cemeteries are already occupied, leaving only reusable ones where a corpse must be exhumed after six years. A permanent plot in a private urban cemetery, meanwhile, can cost as much as $36,000. Similar patterns can be seen in the US: according to the US Bureau of Labour Statistics, between 1986 and 2017, burial caskets saw a faster price increase than any other commodity in the country, rising 230 percent. For many, burial is simply too expensive to be a viable option.

Ashes to ashes
That said, cremations aren’t an ideal solution either. “People will say they’re very eco-friendly and ask for these wicker coffins and then put them straight into a cremator. It’s incredibly wasteful,” said Black. The BBC reported in 2017 that to burn a single body, a cremator machine generates enough heat to warm a home for an entire week in winter.

One company offering a greener alternative is Washington-based start-up Recompose. “Recompose’s process – recomposition – gently converts human remains to soil,” said Anna Swanson, the company’s communications manager. “Recomposition tends to resonate with folks who are looking for a choice that is more environmentally friendly, requires less land than burial or doesn’t require the natural gas use that cremation does. Recomposition also allows people to become soil, which can then be used to nourish plants or conservation areas.”

Human composting wasn’t a legally viable service until this year, when a landmark bill made Washington the first state to legalise it. Recompose is now scheduled to start operations in Seattle in 2021, after raising $4.7m in funding this year.

As Black points out, this option isn’t for everyone: “The idea of turning Granny into compost is not going to make everyone happy.” However, as more and more people turn to green burials as a way of reducing their carbon footprint, consumers will find themselves increasingly spoilt for choice. US start-up Coceio has built a mushroom suit that purifies the body of toxins as it decomposes in the ground. Alternatively, one could choose alkaline hydrolysis: often marketed as ‘green cremation’, this uses one 10th of the energy that cremation does and involves dissolving the body in an alkaline solution instead of burning it. An eco-friendly solution – if one can get over the serial-killer connotations of being dissolved in a chemical bath.

In an age of growing secularism, the 40-minute service in a chapel may not hold as much meaning for many as it once did in the past

A personalised send-off
The rise in green burials is part of a wider trend towards more personalised funerals. It’s increasingly common for people to put in specific requests before they die, or even plan their own ceremony. “I worked with a lovely guy who died about three years ago,” said Black. “I’d written this funeral for him 15 years ago and then we put it all away. His sons were delighted because their dad had taken all that horrible planning away from them and they knew it was exactly what he wanted.”

In an age of growing secularism, the 40-minute service in a chapel may not hold as much meaning for many as it once did in the past. Instead, some people forgo tradition for a service that is more unique to them. This means it’s out with the old rulebook. “A friend of mine who’s also a celebrant has done a couple of funerals for members of biking gangs, where the hearse was replaced with a motorbike,” said Black. “I did one funeral for a wine merchant a couple of years ago, and her son asked if we could all drink wine standing around the coffin. I said, ‘I don’t see why not.’ So we had this £450 [$560] bottle of wine shared by the family around the coffin. It was lovely.”

There will always be those who take comfort in knowing that their send-off fits into a long tradition of remembrance spanning generations, but there are a number of ways the funeral sector will have to adapt in the coming decades. Disruptive start-ups are capitalising on new consumer expectations around pricing, personalisation and environmental awareness. Perhaps as a result, we can welcome new ceremonies and ways of remembering that are less about mourning death, and more to do with celebrating life.