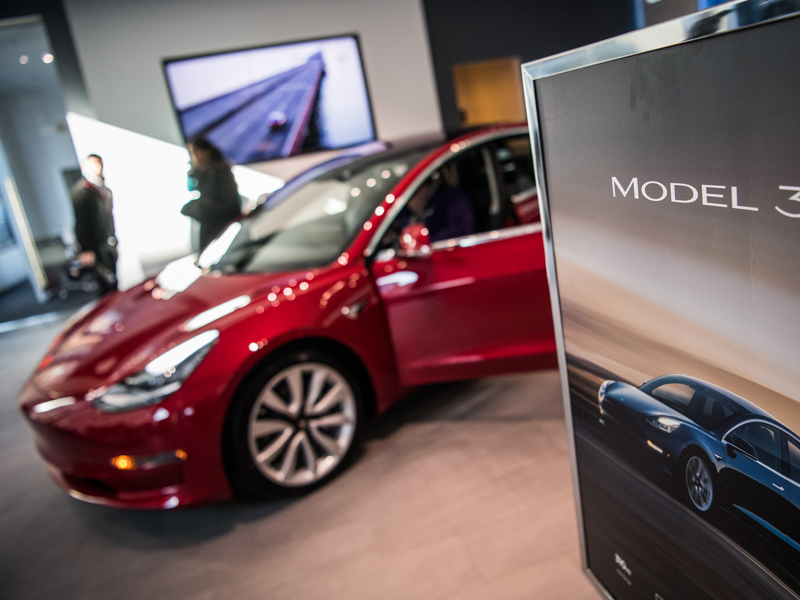 Tesla’s Model 3 was unveiled in 2016, as CEO Elon Musk pledged to offer an alternative to the automobile firm’s luxury offerings

Tesla has finally fulfilled its promise to sell a car accessible to the mass market. On March 1, the California-based business announced a version of the Model 3 that would retail for $35,000. To offset the lower price, the electric car company also announced that it would close a number of its brick and mortar stores as it transitions to online sales.

Tesla’s Model 3 was unveiled in 2016, as CEO Elon Musk pledged to offer an alternative to the automobile firm’s luxury offerings. The car has a range of 220 miles, a top speed of 130mph and can hit 60mph in 5.6 seconds.

In addition to the ongoing struggle to lower vehicle prices, Tesla has yet to settle the remaining half of a $40m lawsuit filed against Musk

Musk claimed that the online sales model would not put off customers: “It’s 2019… People want to buy things online.” While customers would no longer be able to try before they buy, a Tesla blog post confirmed that clients could return a car within seven days if dissatisfied.

“Quite literally, you could buy a Tesla, drive several hundred miles for a weekend road trip with friends and then return it for free,” the company wrote. “With the highest consumer satisfaction score of any car on the road, we are confident you will want to keep your Tesla.”

Tesla also revealed Q1 losses for 2019, contradicting earlier statements that promised a “very small” net profit. However, Musk assured investors that the company would recover its earnings over the course of the next quarter.

So far, Musk has refused to confirm how many of Tesla’s 378 physical stores will be shut or how many jobs are likely to be lost. However, in January, the entrepreneur signalled that the business would be cutting 3,150 jobs – seven percent of the workforce – informing staff that “the road ahead is very difficult”.

In addition to the ongoing struggle to lower vehicle prices, Tesla has yet to settle the remaining half of a $40m lawsuit filed against Musk for tweets he posted last September that “misled” investors.

Shares in Tesla dropped 3.4 percent as news of the Model 3’s new price tag broke. Shareholders expressed their concerns at the cuts being made and were also left unsure as to whether the newly priced vehicle would be able to turn a profit. Tesla’s move to the mass market should provide a boon to company finances, but recent cost-cutting efforts indicate that margins will be tight.