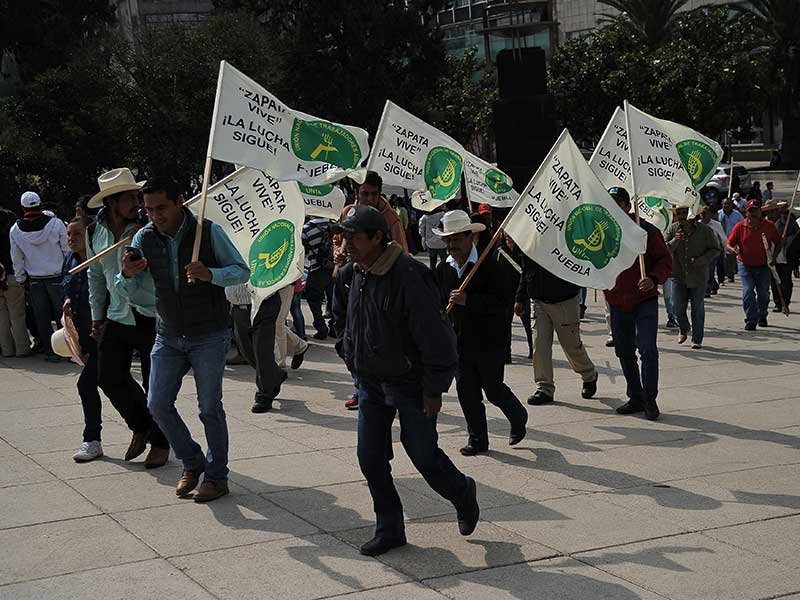 A day after Mexico, the US and Canada met to begin renegotiating the North American Free Trade Agreement (NAFTA), Mexican farmers took to the streets to protest their government’s attempts to save the trade deal.

While representatives from Mexico and Canada battle to save a deal US President Trump described during his campaign as “the worst trade deal in history”, Mexican farmers complain that NAFTA has pummelled their industry.

There is generally support for NAFTA within Mexico, but today’s protests echo the reception of the deal when it was signed in 1994, when many feared free trade with the US would undercut Mexican farming produce.

While Mexican industry has largely benefitted from the deal, racking up a trade surplus with the US totalling $63.2bn in 2016, farming has suffered. Mexico imported a total of $18bn worth of agricultural products from the US last year, making it the US’ third largest agricultural export market.

Many rural farmers blame NAFTA for competition that has driven down the price of their goods, and unions representing farmers are calling for the government’s support of NAFTA to be put to public vote. Meanwhile, Mexico’s President, Enrique Peña Nieto, is keen to save the deal before elections next July, noting how the deal has led to job growth.

Trump has expressed his distaste for the deal on many occasions, and has threatened to walk away from it altogether, but decided against this in April. However, the option remains a threat should he deem the renegotiated terms to be unfavourable to the US.

In a tough opening speech to kick off this week’s talks, US Trade Representative Robert Lighthizer highlighted the importance of modernising the deal to acknowledge the growth of the digital and service sectors in the 23 years since NAFTA was signed. He also issued some stern rhetoric outlining the US’ expectations from the talks.

“For countless Americans, this agreement has failed. We cannot ignore the huge trade deficits, the lost manufacturing jobs, the businesses that have closed or moved because of incentives – intended or not – in the current agreement,” he said.