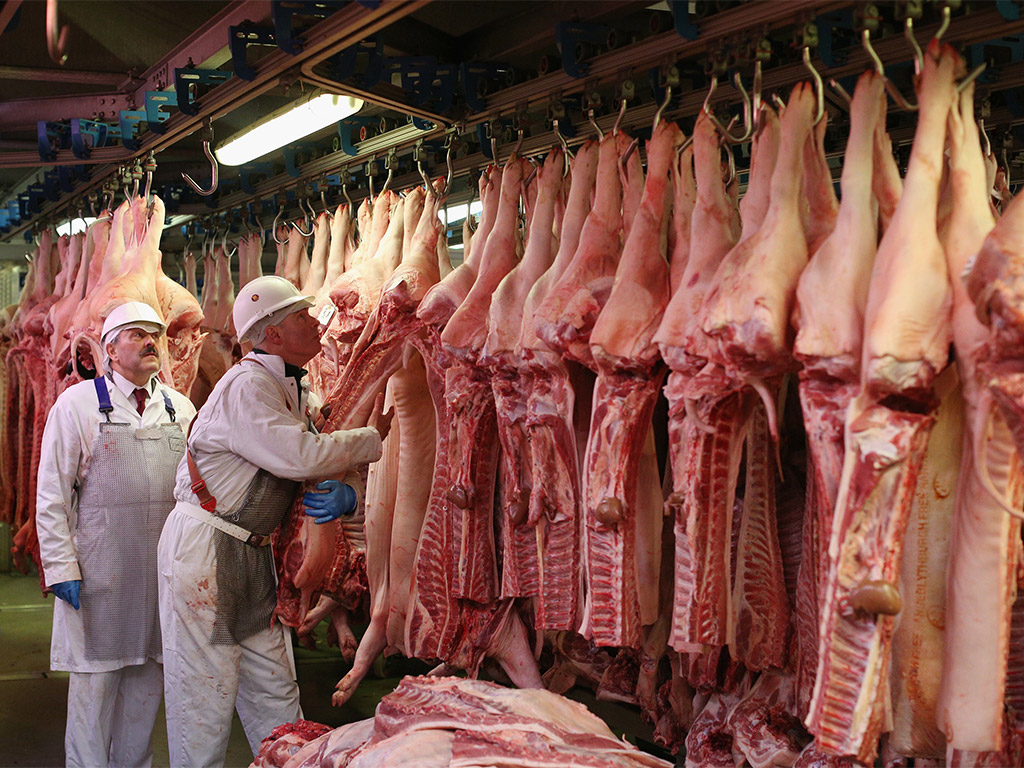 Perhaps one of the most convincing - if not the strongest - arguments for giving up meat is the environmental one. A plethora of research indicates that our consumption of the stuff is having a profound effect on our health and planet

We as consumers have become accustomed to cheap meat to such an extent that ever-so-slight price increases have prompted nothing short of outrage from protein-hungry buyers far and wide. Price elasticity is incredibly low and consumers are especially unforgiving when it comes to the cost of meat.

Consumers across America complained when the McDonald’s Dollar Menu ceased to be, and a great many fast-food chains have come up against choruses of discontent after outlining similar plans to bump up prices. Elsewhere, a report co-authored by the UN’s Food and Agriculture Organisation has estimated that meat prices will remain well above historical averages for the medium term, while the US Department of Agriculture believes the increases will constrain sales for some time yet.

We should all come to terms with the fact that our most beloved of foods will no longer be as cheap as it once was once. But even after taking into account today’s inflated rates, the market price of meat does not in any way reflect its true cost.

Growth in consumption
Behind every supermarket-stacked, cellophane-wrapped cut of meat is a story of hidden costs and untold consequences.

Global demand for meat in 2020 is projected to be more than double what it was in 2000, as changing macroeconomic conditions spark a so-called food revolution in lesser-developed countries. China, for example, last year accounted for over half of the 107 million tonnes of pork consumed in the world, and the country’s total meat consumption was twice that of the US.

The rise is impressive, but the journey from pasture to purchase in developed and developing nations alike is riddled with inefficiencies. Livestock farming demands a huge amount of land, grain and water to adequately sustain a herd to the point of slaughter. It is a sad fact that meat consumption at its current level is entirely unsustainable and even harmful.

Damaging man and the planet
Meat remains a highly sought after foodstuff for billions of people worldwide. In order for the damage to both the individual and the environment to be overturned, the issue of demand must first be addressed – and quickly.

Currently, 40 percent of the Earth’s land surface is dedicated to keeping us fed, and three quarters of that is used not for grains, fruits or vegetables, but for livestock. Granted, the industry constitutes 40 percent of the global agricultural GDP, and is a vital source of income for 1.3 billion people, but it comes accompanied with far too many negative consequences for it to be considered sustainable or in any way efficient.

For one, livestock farming accounts for approximately eight percent of the world’s total water use, and UN studies have recently found that methane emissions from livestock equate to as much as 14.5 percent of all human-caused greenhouse gases. What’s more, a study published in the Cell Metabolism journal showed that protein-heavy diets result in a much greater risk of cancer (equivalent to smoking 20 cigarettes a day), heart disease, kidney stones and asthma, among other health risks.

In simple terms, reducing consumer demand for meat would free up precious land for crops – not to mention resources used for animal feed – and significantly reduce the health risks associated with meat-rich diets. However, the question of how exactly the global population addresses spiralling demand remains unanswered, and largely unaddressed.

Meat tax
For us to consume the amount of meat we do today, we must forsake personal and environmental wellbeing in favour of greed, and do little more than take the unseen costs on the chin. The central issue here is that the consequences of excessive meat consumption are not reflected in shop prices, and until the issue of cheap meat is dealt with, consumers will continue to gorge themselves.

One argument that is steadily gathering momentum is the prospect of a meat tax. So-called ‘Pigouvian’ or ‘sin’ taxes have in the past clamped down on alcohol, cigarettes and gasoline, which have all at some stage or another been deemed a health hazard. Proponents of the policy believe the consequences of excessive meat consumption rank on a similar scale, and that some form of taxation would help curb demand and more accurately reflect the true price of meat.

One report, published in Nature Climate Change, makes a very similar argument, emphasising that changes in consumption will only be brought about by extreme policy measures. ‘Influencing human behaviour is one of the most challenging aspects of any large-scale policy, and it is unlikely that a large-scale dietary change will happen voluntarily without incentives,’ write the authors. ‘Implementing a tax or emission trading scheme on livestock’s greenhouse gas emissions could be an economically sound policy that would modify consumer prices and affect consumption patterns.’

Various scientific studies have proven meat consumption is an extremely unhealthy habit, and one in need of a sustainable solution. However, it remains to be seen whether any government will go so far as to introduce a meat tax and clamp down on consumption in quite such an extreme way. What is certain is that the way in which the issue of meat overconsumption is dealt with will play a decisive part in whether or not we meet ambitious emissions targets in the years to come.