Advancing Diversity, Inclusion and Equality: Evolving a Moment into a Movement

Driving diversity and inclusion must become a priority if intelligent enterprises are to thrive. It starts with asking the right questions.

Intelligent Enterprises: Putting Purpose and Sustainability at the Core of Business

The coronavirus crisis has exposed the many social and economic issues that the world urgently needs to address. Businesses must embrace sustainability and purpose if they’re to help tackle these problems 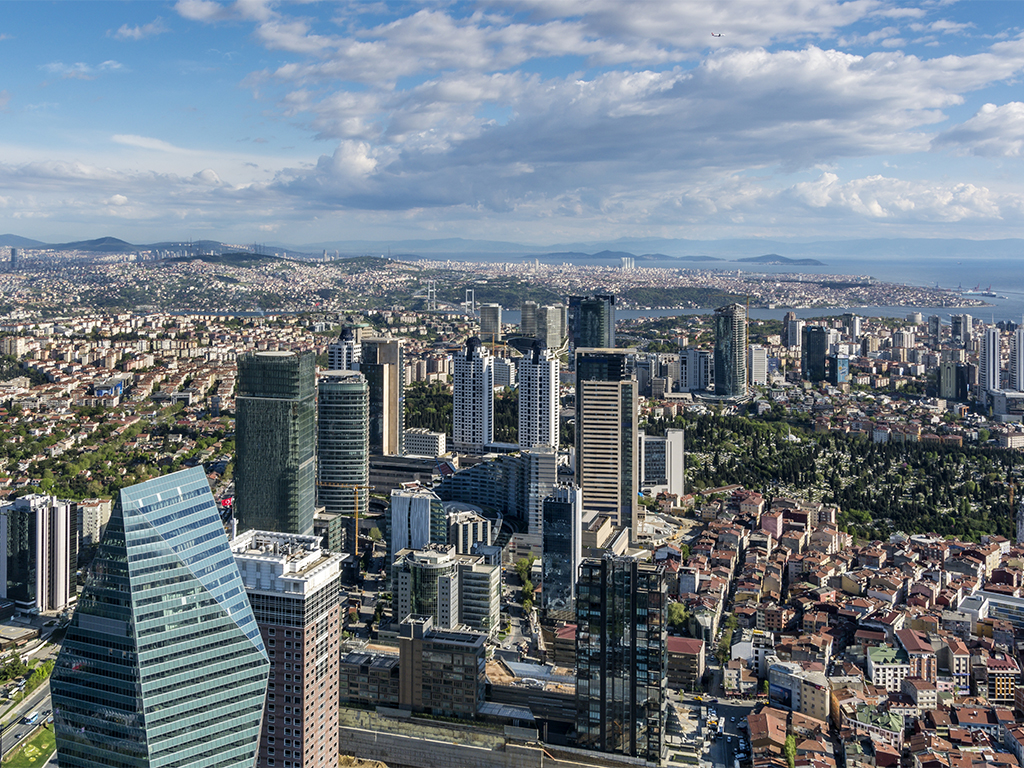 Istanbul, Turkey. The country - along with Mexico, Indonesia and Turkey - has been named as an economy to watch

The term BRIC was first coined by Jim O’Neill in 2001 while at Goldman Sachs in order to highlight the economic prowess of Brazil, Russia, India and China. By grouping these states in this fashion, their respective growth and potential captured the attention of the West. Ten years later, another acronym was conceived with similar aspirations: MINT. Mexico, Indonesia, Nigeria and Turkey thus were labelled as the new economies to watch. Although each member of MINT has undergone commendable growth in recent years and shows promise, they all feature several pressing challenges that are yet to be overcome.

Each state has a large population with a sizeable youth workforce; a beneficial advantage for emerging economies, as has been the case for China and India, and all have geographically enviable locations with valuable neighbours. For Mexico, the obvious proximity to the global hegemon brings its fair share of trade and business opportunities. Istanbul straddles two continents over the Bosphorus, and so Turkey advantageously sits on the edge of the Eurozone and also acts as a bridge to the Middle East. Indonesia is close to economic giant China, while Nigeria’s growing power and position in Africa can transform the state into a hub for the entire continent. Three of the four economies are commodity based, providing further reason for international investors to stand up and pay attention.

Burdening corruption
Yet a looming problem across the board is a high level of corruption. All four MINT countries score badly in Transparency International’s Corruption Perceptions Index 2014; Turkey ranks 64 out of 175, while the rest are closer to the other end of the scale. In Mexico, corruption allegations in the government, business and banking spheres have remained consistent, despite regular political pledges to combat these issues. According to a 2012 report from Global Financial Integrity, Mexico lost around $872bn from 1970 to 2010 as a result of tax evasion, corruption and bribery. While in Indonesia, corruption problems have worsened in recent years, with the abuse of office and money laundering becoming increasingly common. In addition, foreign companies also report a high incidence of extortion and excessive regulations that hinder business significantly. Irregular payments for importing and exporting, as well as illegal facilitation costs are demanded regularly, which together with Indonesia’s weak anti-corruption legislation, discourage foreign investment considerably.

Corruption is a well-known and endemic problem in Nigeria and has obstructed foreign investment and the country’s economic potential for a long time; the frequent theft of goods and natural resources is a particular problem. Oby Ezekwesili, the World Bank’s former vice-president for Africa, revealed in 2012 that approximately $400bn of oil revenue had been stolen or misspent since 1960. “The failure of the country to utilise oil revenues for sustainable economic and human development is due partly to pervasive corruption, which has allowed national and local bureaucrats to divert public funds to their private interests”, says John Mukum Mbaku, non-resident Senior Fellow at the Brookings Institution and Economics Professor at Weber State University.

In Turkey, bribery, money laundering and abuse of office are again widespread; although the legislative framework exists, the anti-corruption laws and corresponding authorities are generally ineffective. Last year, corruption accusations against the ruling party received international media attention and threatened to destabilise the state. Despite many of the allegations being dropped, the scandal impacted the construction industry, “Some of the construction companies who are implicated by the corruption probes could well see their access to credit curbed because of the negative publicity,” İnan Demir, Chief Economist at Finans Bank told EurasiaNet.org. Consequently, further challenges are presented to the large infrastructure projects underway in the country.

Poor infrastructure
Another common feature is the inadequate state infrastructure that hampers faster economic development for all four. Each government is attempting to address this overriding problem by implementing long-term initiatives. For example, Mexico’s National Infrastructure Programme, which began last year, is part of the state’s economic strategy to maintain its recent GDP growth. The sectors that will receive the $596bn funding are transportation, energy, tourism, water, health, communications and urban development. Indonesia’s infrastructure on the other hand is much further behind Mexico and handicaps the potential of domestic enterprises. According to the Indonesia Chamber of Commerce and Industry, logistical costs for the average company are approximately 17 percent of its total production, making it around 10 percent more expensive than neighbouring countries. A lack of investment in large-scale projects is largely to blame as private investors frequently shy away from the country’s unfavourable business environment. Structural changes made by the government and more conducive conditions are therefore needed in order to promote greater foreign investment in Indonesia, especially in these much-needed areas of development.

Nigeria’s infrastructure is relatively advanced for the region and has contributed around one percent to the country’s per capita growth in recent years, according to the World Bank. Yet challenges persist, largely as a result of an unstable energy supply, which continues to burden the state. The country only receives half of the power needed, with operational efficiency being among the worse in the continent – despite Nigeria being the biggest economy in Africa. Furthermore, other areas are in decline; “the water and sanitation sector is poorly developed and remains incapable of serving the needs of a modern, highly urbanised, and rapidly growing economy,” Mbaku tells The New Economy. Last year, the World Bank approved a new Country Partnership Strategy (CPS), which includes funding for enhancing power generation and transmission capacity, as part of the strategy for achieving Nigeria’s development goals. With plans for the CPS to run until 2017, there is still considerable work to be done before the economy can begin to reap the benefits. “Poor infrastructure represents an important constraint to economic growth and development in Nigeria. Without adequate infrastructure and a more diversified economy, Nigeria will not be able to develop the mass consumer market needed to undergird its industrialization efforts,” comments Mbaku.

Turkey has made considerable efforts in recent years to improve infrastructure, particularly its transportation links. For example, in 2013, the first underwater bridge across the Bosphorus was opened, aiming to transform Turkey’s largest city and economic epicentre. Plans for a three-tier underwater tunnel have also been announced, with Turkish authorities currently seeking foreign investment for the $3.5bn mega-project, while Erdoğan Airport, which is purported to be the world’s largest terminal, is due to open in 2017. Such projects are crucial for maintaining the country’s economic growth. Yet there are several fiscal challenges to contend with, such as the ability of Turkish banks to finance such large projects, as well rigid regulation and widespread corruption, according to PWC. “Turkey’s infrastructure recorded massive improvement over the last decade thanks to financial stabilisation following the 2001 economic crisis. With low domestic savings, this infrastructure was upgraded at the expense of increased foreign debt, however. The fact that the country imports much of its energy, having a mountainous geography and prone earthquakes are factors that affect the economic infrastructure,” says Eurasia Group analyst, Mehmet Muderrisoglu.

Societal problems
Poverty and other deep-rooted social problems are prevalent across all four countries. For example, low wages, soaring levels of youth unemployment and unequal education opportunities are ingrained causes of Mexico’s high crime rate and the lure of gang culture. The lack of opportunities for young people has resulted in around 500,000 citizens turning to drug cartels for employment, according to the Council of Foreign Relations. Conversely, Indonesia has made noteworthy progress in terms of reducing poverty levels by increasing government spending on social programmes; the World Bank quantifies the portion of citizens living in poverty as having fallen from 24 percent in 1999 to 12 percent in 2012. Yet, income distribution is deeply uneven, with the country’s richest benefiting the most from the economy’s recent expansion and crime rates worsening as a result.

Poverty and inequality is also rife in Turkey, despite the country’s recent economic growth. According to a report by the Bahcesehir University’s Centre for Economic and Social Research, one in every four children cannot meet their basic needs, which includes nutrition, clothing and heating. “Regional discrepancies hurt the economy in the form of political separatism in the country’s south-east and east, weak economic integration in domestic market [and] over-crowding/poverty in major cities,” Muderrisoglu explains to The New Economy.

Nigeria is the worst of the four in terms of its poverty levels and extreme social inequality, which frequently result in social uprisings and terrorist activities. The most recent example is the increasingly violent and ever-growing militant group, Boko Haram, which has wreaked havoc on the state and its population; many of those recruited by insurgents are unemployed, uneducated and living in dire conditions. Despite a GDP per capita of $2,689, 70 percent of the population lives on less than $1.25 per day, illustrating the huge disparity in wealth, which has been embedded in Nigeria since its independence. Seventy-two percent of those living in the north live in poverty where the group maintains a stronghold. “Unless the government implements policies to improve the living standards of the country’s historically marginalised and deprived groups and communities, social unrest, including bloody insurgencies in what is essentially a destitute northeast, oil thefts in the Niger Delta, and other forms of destabilising activities, are likely to remain an essential part of the nation’s political economy,” says Mbaku. “Severe inequalities in the distribution of income make it quite difficult for Nigeria to develop the middle class and mass consumer society that usually undergird a modern industrial economy, such social inequality create many risks for political governance”.

Failing acronyms
Although there is vast potential for the MINT economies individually and the group as a whole, there still remains a high level of risk in each respective country, particularly in terms of foreign investment. In addition, they have each exhibited somewhat disappointing performance since 2011, thereby raising doubts of whether this is to be another failed acronym that is soon forgotten, such as CIVETS (Colombia, Indonesia, Vietnam, Egypt, Turkey and South Africa). As such, the grouping is not as groundbreaking as BRIC was when it was first unveiled. For MINT, there are even more obstacles and even further to go in terms of development in several sectors, notably, infrastructure, corruption and social capital. Not to mention that the sizes of MINT’s respective economies are considerably smaller than those of BRIC’s.

There are plans for tackling impeding issues in each MINT country, but until there is a notable improvement, economic progression is limited. With that said, the progress achieved by Mexico, Indonesia, Nigeria and Turkey thus far should not be underestimated, because their recent economic growth is certainly commendable. Each economy has made strides to raise their income status and has made excellent progress. As for the acronym itself, perhaps it will indeed turn into the next BRIC – but not in the way it was first envisaged, insofar that the grouping itself will be another disappointment.