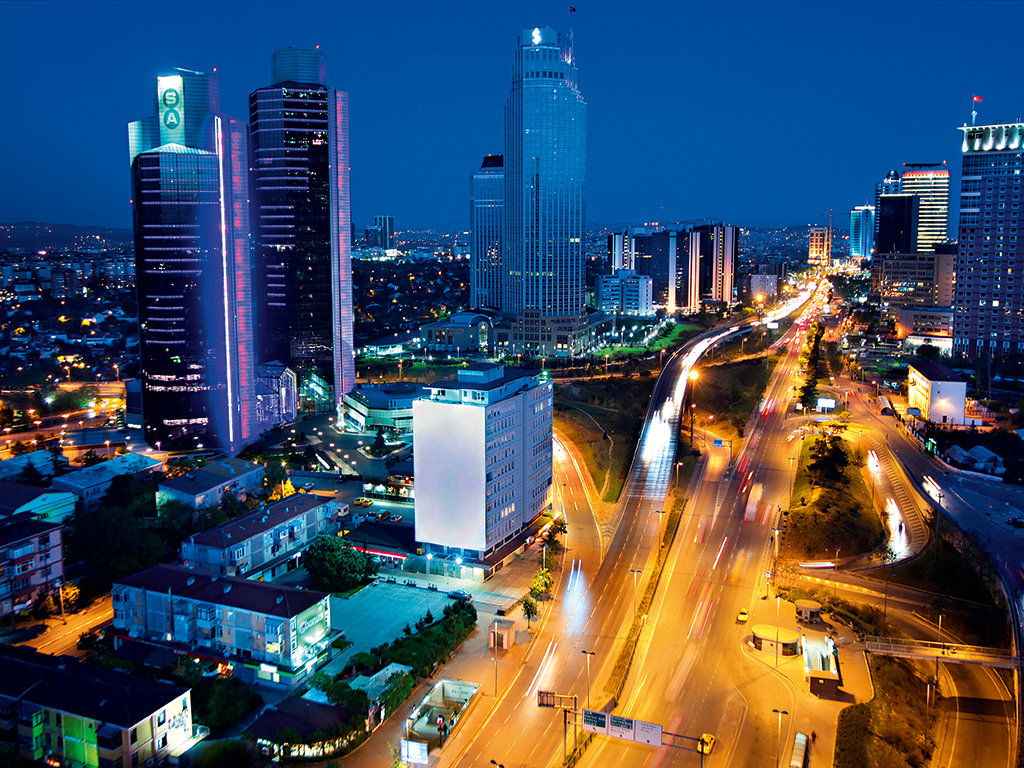 Istanbul at night. Increased investment in Turkey's manufacturing, finance and energy sectors give a good indication of sentiment about the country's economic future

According to the recent provisional data released by the Central Bank of the Republic of Turkey, the country attracted approximately $9.3bn of FDI in the first nine months of 2014, an increase of around 10 percent on the same period in 2013. In the meantime, the current account deficit was $30.9bn during January to September, down 37 percent year-on-year.

On a country basis, the Netherlands was the largest investor in Turkey in the first nine months of 2014, followed by the UK, Russia, Azerbaijan and Italy. As regards sectorial breakdown, the most attractive sector in the first nine months of 2014 was manufacturing, with more than $2bn, followed by financial and insurance services, and electricity, gas, steam and air-conditioning supply with more than $1bn each.

It is good news that the manufacturing, finance and energy sectors, which are also among sectors targeted by Turkey’s Investment Support and Promotion Agency (ISPAT), were the most attractive sectors in the first eight months of 2014 in terms of FDI. The rise in investments in these sectors is a good indicator of investors’ confidence in the Turkish economy’s future.

Moreover, according to the Global Manufacturing Competitiveness Index issued by Deloitte, Turkey is now the 20th most competitive manufacturing hub in the world. By 2018, Turkey is expected to rank 16th in the world and second in Europe, right after Germany.

FDI in Turkey, January to September 2014

It must be underlined that ISPAT focuses on Turkey’s manufacturing sector, targeting hi-tech and value-added industries. Particularly, investments for products not yet produced in Turkey are one of the most crucial of ISPAT’s targets: high technology, high value-added, knowledge-based and skills-intensive industries, with the opportunity to provide high-income jobs, are our priorities. As many investment promotion agencies around the world do, we have some targeted sectors – but, above all else, we attach importance to investments that contribute to our country’s sustainable growth.

Structural reforms
Strong economic performance, a young and dynamic population, a strategic location, and an investor-friendly environment have created plenty of investment opportunities in Turkey and made it one of the most attractive destinations for FDI in the world.

The Turkish Government, which considers foreign direct investment to be the main component of the country’s economic development, has significantly improved its investment environment through various reforms and new legislation. In 2003, an FDI law, offering foreign investors legal guarantees by treating them equally with local investors, was enacted.

Strategic location
Located at the crossroads of Europe, the Caucasus, the Middle East and North Africa, Turkey offers vast opportunities to investors in many sectors. Along with its large and dynamic domestic market, Turkey offers a platform with access to emerging opportunities in other countries, particularly in the surrounding regions. Turkey’s strategic location allows investors to access a potential market of 1.5 billion people, a combined GDP of $25trn and foreign trade of $8trn. Having seized this opportunity, Turkey managed to increase its exports from $36bn to more than $150bn in just 10 years.

Many multinational companies have either established their manufacturing bases in, or moved their regional headquarters to, Turkey, as the country offers a robust platform for economic expansion on a regional scale, enabling them to leverage common qualities and local capabilities in Turkey. For instance, Coca-Cola has already established its regional HQs in Turkey, managing operations in 94 countries. Similarly, GE Healthcare has moved its regional HQs to Istanbul to manage its operations in 80 countries in four regions: Central Asia, the Middle East, Russia and Africa. Microsoft is also managing 80 countries from Turkey. The Turkish Government strongly supports global companies that want to move their regional HQs to Turkey. With a recent amendment to the FDI legislation, foreign companies can now establish their regional management centres in Turkey under a liaison office structure without paying corporate tax, VAT, personal income or stamp duty.

While ISPAT continues to promote Turkey’s investment opportunities, more will emerge with the realisation of the country’s ambitious targets for 2023, the centennial celebration of the foundation of the Republic of Turkey. The government has set specific targets to achieve by that date, ranging from healthcare to the economy, from defence to education, and from energy to transportation. These targets include becoming one of the top 10 economies in the world, with a GDP of $2trn and export revenues of $500bn.

With its favourable investment environment, Turkey continues to be a safe harbour for international investors in the region, and the rise in greenfield investments is a good indicator of investors’ confidence in the future of the Turkish economy. High value-added, technology-intensive and greenfield projects were on the rise in 2013, and that trend is expected to continue into the future.