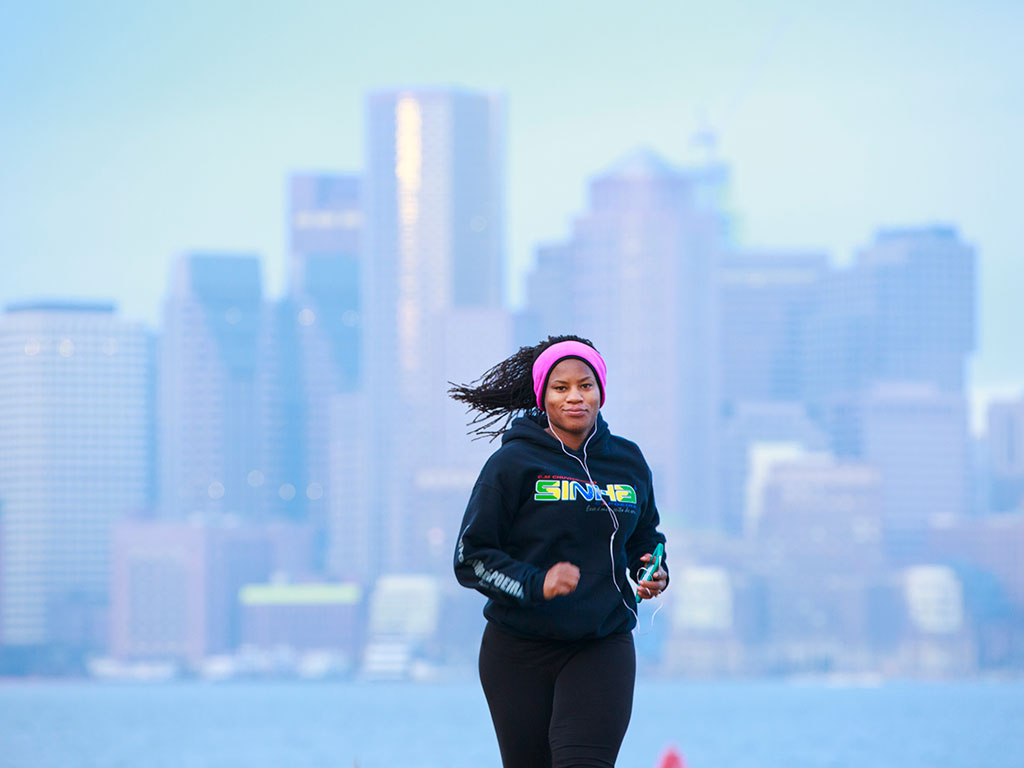 Lawyer Lydia Edwards jogs through Boston's harbour. GE is moving to the city to make the most of the local tech expertise

On January 13, GE announced plans to leave Connecticut and move its corporate headquarters to Boston. The decision has been three years in the making, with the Massachusetts’ capital chosen out of 40 candidates for its abundance of tech talent and considerable tax advantages.

“We want to be at the centre of an ecosystem that shares our aspirations”, said GE’s Chairman and CEO, Jeff Immelt, in a statement. “Greater Boston is home to 55 colleges and universities. Massachusetts spends more on research and development than any other region in the world, and Boston attracts a diverse, technologically-fluent workforce focused on solving challenges for the world.”

The $130bn high-tech global industrial company will this summer move some employees to temporary accommodation in Boston, with the full move to be finalised by 2018.

Immelt went on to call Boston a “dynamic and creative city”, and while there is no material financial impact to GE relating to the cost of the move, it does mark a considerable change in emphasis as the company gears up for a digital transformation.

Once completed, the new headquarters, in the city’s Seaport District, will house approximately 800 people: 200 corporate staff, and 600 digital industrial product managers, designers and developers split between GE Digital, Current, robotics and Life Sciences. The company already employs 5,000 employees across the state of Massachusetts; city and state officials are offering one of the most generous incentive packages in the state’s history, valued as high as $120m and as much as $25m in property tax relief.

The decision comes at a difficult time for GE, with Immelt in the process of selling most of the company’s finance businesses and focusing on industrial lines.