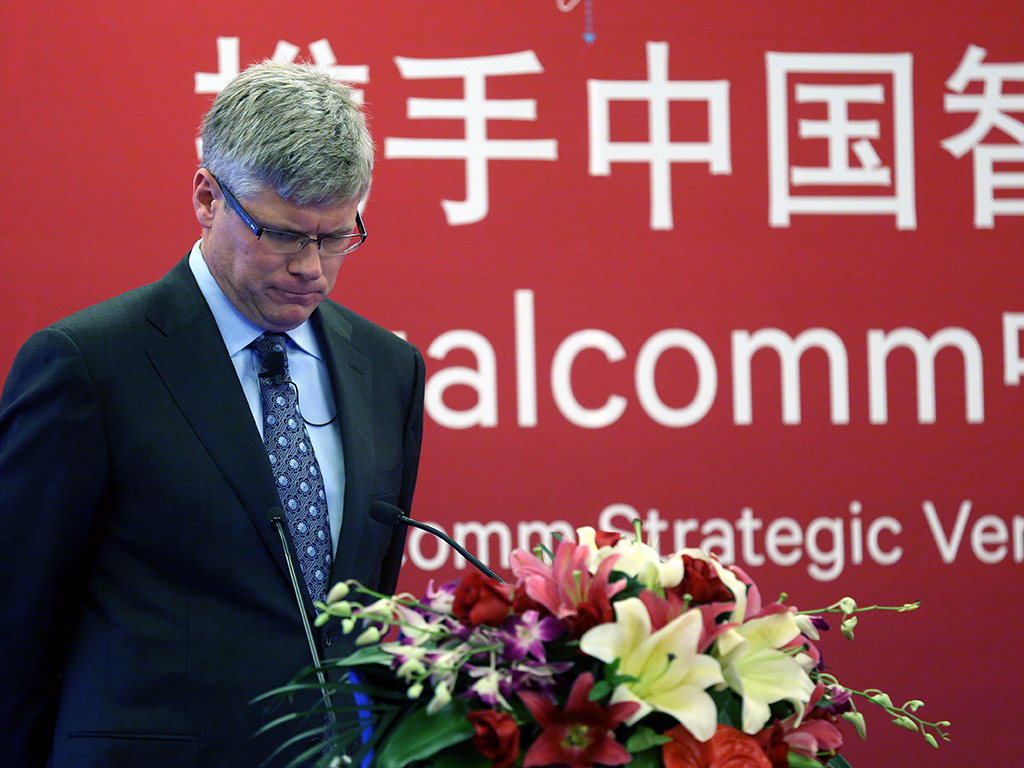 Qualcomm's CEO Steve Mollenkopf at a press conference in China. The organisation has been fined $975m for anti-competition practices

Following a 14-month probe by Chinese authorities for anti-competition practices, Qualcomm has agreed to pay $975m in penalties. As part of the deal, the chip manufacturer must also reduce its royalty rates on patents, thereby increasing profitability for China’s growing smartphone market.

The chip manufacturer must also reduce its royalty rates on patents

The San Diego-based firm produces chips for smartphones, tablets, wireless modems; priding itself on being leaders in mobile technology innovations. In recent years, Qualcomm has been enhancing its efforts in the Chinese market, making investments into technological development, as well as start-up companies. Last July, the company announced its collaboration with Semiconductor Manufacturing International Corporation in order to manufacture Qualcomm’s mobile device processors in China.

Despite the impact of the Chinese investigation, Qualcomm reported an annual revenue growth of 6.6 percent in fiscal year 2014 as a result of record MSM chipset shipments that exceeded expectations.

When asked by Reuters about concerns that other countries will follow suit with anti-trust investigations, Qualcomm President, Derek Aberle, responded, “We fully respect their authority, but we don’t believe it’s likely that other agencies will necessarily meet similar conclusions.”

The news of lower royalty payments will be welcomed by Chinese smartphone manufacturers, such as Xiaomi and Meizu, both of which produce relatively cheap handsets and have razor thin profit margins. With Xiaomi becoming China’s top-selling smartphone brand in 2014 and the recent announcement of Alibaba’s $590m investment in Meizu, the market is set to continue its rapid expansion.