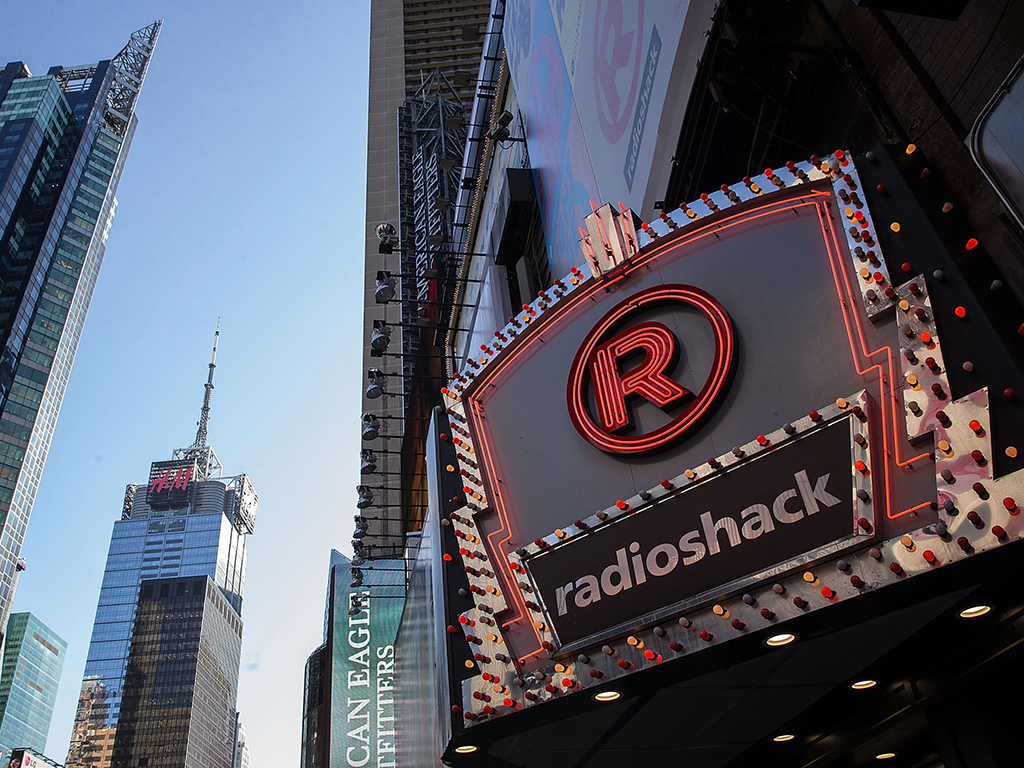 At a time when most retail brands are moving online, Amazon is predicted to expand into physical territory. Analysts speculate the online bookseller will be buying some of RadioShack's stores so it can showcase its products

The seemingly unstoppable shift towards online retailing over the last decade or so has meant that high street stores have faced increasingly tough conditions. With many established retail brands going out of business, it has seemed like shopping the future will be largely conducted online.

RadioShack is said to be considering selling half of its 4,000 US-wide stores to telecoms firm Sprint

This move has been spearheaded by US web giant Amazon, but the company might be about to make a tentative reversal towards having physical retail stores of its own. According to two sources that spoke to Bloomberg, Amazon is looking to acquire some of ailing electronics chain RadioShack’s stores as a way of showcasing its products and offering customers a place to pick up purchases.

RadioShack is currently in the process of filing for bankruptcy after it saw its position as America’s top electronics retailer collapse during 2014. In September it replaced its Chief Financial Officer with a bankruptcy specialist, while defaulting on a $250m loan received from two private equity companies the previous year. In January, the New York Stock Exchange issued a warning to the company that it would be delisted if its market capitalisation remained below $50m for more than 30 consecutive days.

By contrast, Amazon has grown over the last two decades from a online bookseller to the world’s leading internet retailer, as well as provider of all manner of other digital services. These include music and television services, as well as hardware. It is thought the stores it wants to buy from RadioShack will primarily be used to showcase their range of Fire tablets and smartphones.

According to other reports, RadioShack is said to be considering selling half of its 4,000 US-wide stores to telecoms firm Sprint, while shutting the rest. If Amazon was to acquire these remaining stores, it would gain a considerable high street presence and help it compete with its new hardware rival Apple.