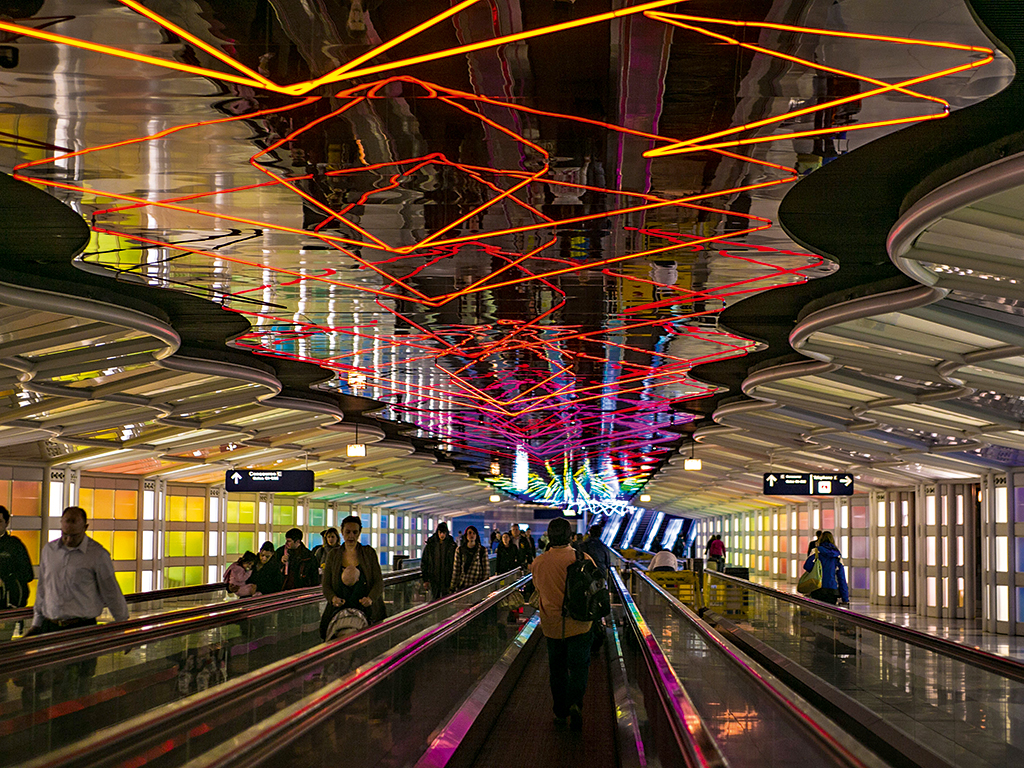 In 2003, Chicago O'Hare airport changed the world by making green aviation one of their major priorities. Since then, numerous airports in the US, and worldwide, have taken greater steps to become more environmentally-friendly

In the US, it was Chicago’s O’Hare airport that started it all off. In 2003, a time when few of the nation’s big airports were paying much attention to sustainability, Chicago’s Department of Aviation embraced green aviation as a major priority on the grounds that the future viability of the state’s airport would otherwise be threatened by quality-of-life lawsuits and other citizen-friendly litigation.

Ever since, sustainability has underpinned every single aspect of running the operations at O’Hare and other state airports. Today, the department’s sustainable airport manual is the bible for the nearly 20,000 airports operating in the US.

Although only the most green-minded passengers will see the evidence, all US airports are now obliged to improve their sustainable management of a panoply of issues. They range from the reduction of noise levels and improvement in the quality of air to the proper use of natural resources – an obligation that includes ‘light pollution’ – and the protection of threatened wildlife and vegetation. Visual pollution is another target – the aesthetics of any new construction is a paramount concern.

Airports in the US

Blueprint for sustainability
Universally known as ‘SAM’, Chicago’s sustainable airport manual is the blueprint by which all kinds of operations are certified. These include maintenance procedures, management of buildings, compliance of airlines and their staff, use of kitchens, design and care of landscaping, parking, and hangars. Even minor changes in the way spaces in and around the airport are utilised must be ticked off. SAM doesn’t apply only to ground-based activities but also to the aircraft themselves. Under a five-tier system, airlines using the airport are measured under the Green Airplane rating.

Now other airports are following O’Hare’s lead. “Mounting evidence about climate change brings with it an urgency for all of us to protect the environment for future generations,” argues Robert Nicholas, Airport Manager at busy Ithaca in the scenic Finger Lakes region of New York, who is overseeing an FAA-funded green project. “Through our sustainable master plan, I hope we can do our bit and perhaps set an example for other airports to follow.”

Much of the pressure for greener airports comes from local residents. All over the world, people living near airports, big and small, are forcing local authorities to get tough on their behalf – and this includes taking action against noise-polluting aircraft.

In Italy, the Piaggio Avanti EVO (the third generation of the aerospace group’s highly successful corporate jet) will be much quieter as a result of this pressure when the first models come off the assembly lines later this year. Now 98 percent owned by Abu Dhabi sovereign wealth fund Mubadala, Piaggio knew it had to produce an acoustically kinder aircraft. “We were not doing well on our noise levels”, says Giuliano Felten, Piaggio’s Global Head of Sales, about the outgoing model. As a result, the latest Avanti EVO will be 68 percent quieter because of advanced engineering of the propellers and exhaust ducts.

One way airports meet the protests of residents in built-up areas is to impose curfews – and that’s especially true of heliports. Monaco, which has one of the highest ownership rates per resident of helicopters, imposes a curfew between 10pm and 7.30am at its heliport at Fontvielle alongside the Mediterranean (though insiders say the restrictions are broken by Prince Albert).

The only municipal heliport in Paris, Issy-les-Moulineaux near the Eiffel Tower, has a strict curfew between 9pm and 7am – and even that has been under fire from residents of the heavily populated 15th arrondissement, who, after years of negotiations, have managed to have the number of movements per year reduced to around 3,000 (that’s down from 36,000 a year, 20 years ago). At Issy-les-Moulineaux, penalties apply for light pollution: if the heliport has to switch on the lights in poor visibility or at night to facilitate a landing or take-off, it charges an extra fee.

Politicians and businesspeople have long been pleading for more heliports in the French capital – three are under discussion – but they are being fought all the way.

Terrific terminals
In 2006, Delta Airlines set a new standard with its $350m Terminal A at Boston’s Logan International Airport. Developed by the local Massport authorities, the building showed it was possible to create a vast structure that did a minimum of environmental damage and its lessons are being copied elsewhere. Terminal A was the first in the US to earn the LEED (Leadership in Energy and Environmental Design) certification from the Green Building Council. Until the construction of Terminal A, the vast impervious surfaces used to create runways and parking aprons, parking lots and roofs bigger than football fields had triggered environmentally hostile effects such as ‘heat islands’ and torrents of storm water run-offs. Terminal A got around these challenges with a heat-reflecting roof and windows, ‘low-flow’ taps, waterless urinals, self-dimming lights and filtration of storm water.

Montreal’s Trudeau International could be a step ahead of even Terminal A. Managed by Aeroports de Montreal, the facility began to take a close interest in sustainability more than a decade ago and has since come up with several ground-breaking technologies. Underground parking, for instance, is heated by low-temperature hot water. Automated, sensor-triggered blinds in the airport’s jetties respond to natural light, saving on heating and air-conditioning. And the thermal plant uses an electric boiler that is 70 percent more efficient than previous models and significantly cuts greenhouse gas emissions.

The main driver of sustainable aviation on the ground is Airports Going Green. A global body, it encompasses airports and their consultants all over North America, Europe, Asia and the Middle East – and its awards are highly prized. Last year’s winners included Phoenix Sky Harbor International for its PHX Sky Train, an automated, electrically powered transport system that won the LEED’s gold rating for its reduction of the airport’s greenhouse gas emissions by nearly 6,000 tons a year.

The hottest topic in airport sustainability – fittingly – is CO2 omissions. In the North Sea region, another group known as Green Sustainable Airports has been aggressively monitoring emissions at small and medium airports in six countries, including the Netherlands. “CO2 monitoring is a substantial element in the overall sustainable strategy”, the group says.

The project was launched by Groningen Airport Eelde, an historic facility in the north-eastern Netherlands that sees about a quarter of a million passengers a year. The airport authorities have been through the environmental mill, and their experience reflects that of hundreds of similar facilities around the world. In April 2000, the Dutch government approved a runway extension (from 1,800m to 2,500m) in part because low-cost carriers wanted to land there. But a wave of environmental legislation – plus civil litigation – embroiled the project for the next 12 years, during which time low-cost airlines came and went. Ryanair, for example, gave the short runway as a reason for abandoning the route. The extension was not started until 2012. Although more airlines now use the airport, Groningen is working to make its airport more environmentally acceptable.

Wildlife woes
In the UK, airport sustainability has run headlong into the wildlife lobby. Although most countries prefer to sanction the construction of airports along coastlines where the noise is less likely to disturb residents, this is anathema to a powerful political lobby, the Royal Society for the Protection of Birds (RSPB). For years, the RSPB battled plans to extend a runway at Lydd Airport in Kent on the grounds the facility was surrounded by protected habitats. At Lancashire’s Warton Aerodrome, the bird lovers even fought a cull of gulls due to be carried out because, it was feared, they could be sucked into engines and risk passengers. The RSPB opposed the cull despite the plans complying fully with the EU Habitats Directive.

Although the airports eventually won those battles, the scars left their mark on sustainability assessments. The main reason given for the rejection in September of bold, long-term plans to construct a giant new airport in the Thames Estuary near London, which would have taken pressure off overused Heathrow, was because the project posed environmental threats, especially to a teeming population of wading birds.

Right or wrong, the decision illustrates how quality of life has become a decisive factor in making airports work for the community at large.