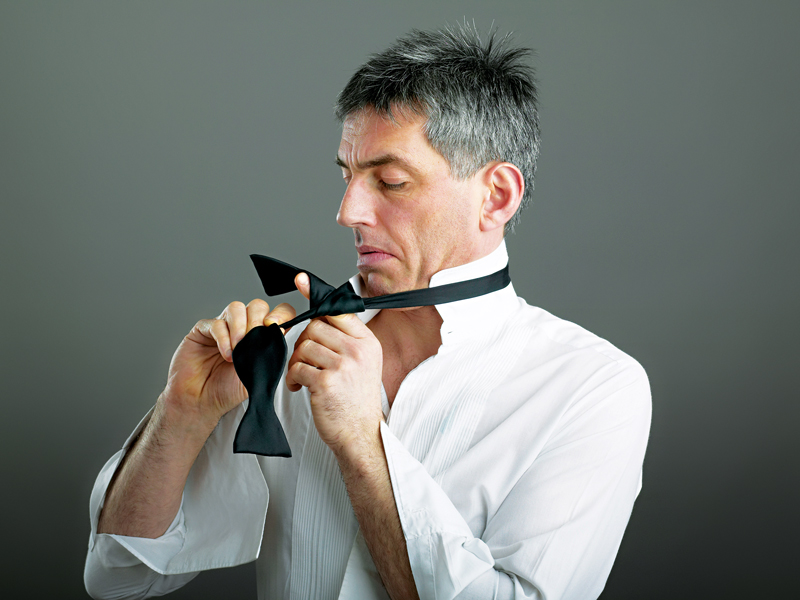 WikiHow’s ‘how to tie a bow tie’ article has nearly 2.5 million views

Prior to January 2005, if you wanted to learn how to tie a tie, treat an ear infection or overcome shame, you’d have to ask those around you in the hope that they happened to have the particular advice you were in need of. Today, a quick search on the world’s most popular ‘how to’ website, wikiHow, will yield answers to these questions and 375,000 others. More than 150 million people visit the site each month, learning from the vast range of practical, step-by-step guidance, all for free.

Before the glory days of the internet, founder Jack Herrick had his own personal library filled with ‘how to’ guides. “The light bulb went off when I really started diving into the web,” he told The New Economy. His greatest inspiration was Wikipedia, the most ubiquitous free encyclopaedia on the planet. “When I discovered Wikipedia and saw how well that was working… I realised that the same model could be used for ‘how to’.”

Getting Wiki with it
WikiHow wasn’t Herrick’s only attempt at creating a vast archive of free ‘how to’ guides. Between 2004 and 2006, Herrick served as owner and co-CEO of eHow, which was publishing ‘how to’ articles written by paid contributors. But this model would not be sustainable if Herrick was to achieve his vision “to serve every single person on the planet and cover every topic”.

By using open-source software, wikiHow has been opened up for editing by millions. Anyone, anywhere can contribute their knowledge

“We needed something that had the potential to produce more topics in more languages, and also [of a] higher quality,” Herrick explained. He switched to the ‘wiki method’ to solve this conundrum: by using open-source software, the site has been opened up for editing by millions. Anyone, anywhere can contribute their knowledge, adding step-by-step guides based on whatever their expertise might be. As a result, wikiHow now covers a plethora of incredibly niche topics, from how to care for hummingbirds to how to paint saw blades.

The decision to run an open collaboration site is closely tied to the ethos Herrick set out with: “I wanted to build the world I wanted to live in… where people can use and reuse other people’s information, and share and improve [it] – that ethic appeals to me.”

WikiHow also promises the ‘right to fork’, which means that, should the project derail at some point, anyone can step in and take over. This acts as a safeguard to wikiHow’s mission. “As time has gone on, it’s become clear that the open-source model is crucial and the right to fork is necessary,” said Herrick. He uses Facebook as an example. At the start, he said, “Facebook just seemed like this wonderful garden that we’re all invited to play in, and now here we are, 14 years later, and it’s not this wonderful garden – it feels more like everyone is like a prisoner trapped inside their data-sucking cage”. He added: “If open-source software was being used and the users of Facebook had the right to fork, Facebook never would have abused us [in] this way.”

A very unique bird
This altruistic approach ties in with wikiHow’s unique hybrid business model. Elizabeth Douglas, who has served as CEO of the company since 2017, told The New Economy: “What it means is that we are a very mission-focused and mission-driven company, so our mission is to teach everyone in the world how to do anything. All of the decisions that we make as a team, in terms of what we’re going to do, what we’re going to invest in and what matters to us, always match to our mission. For instance, we will sometimes make decisions that are more mission-focused than they are revenue-focused.” One such decision saw the site translated into Indonesian, one of the most spoken languages in South-East Asia.

Visitors to wikiHow each month

When Herrick started wikiHow, a term for this type of business model didn’t exist. “I [kind of] invented this term ‘hybrid organisation’, described as a community service project, which happens to be a for-profit company,” he told The New Economy. “We are a very unique bird relative to the rest of the flock in Silicon Valley.”

Interestingly, this mission-centric approach has allowed the company to grow much more organically than other businesses in the valley. “We’ve been profitable almost since the beginning,” said Douglas. “What’s different about wikiHow [compared with] a typical Silicon Valley business is that we’re not trying to grow as fast as we can. We grow our team or our product when we see really great opportunities that are aligned with our mission; we don’t grow just because we’re looking for an exit. So knowing that we’re going to be around for a long time, we’re able to make decisions that are really, really good for the company and for the mission in the long term… so it actually ends up being a business that is very much focused on long-term sustainability instead of short-term revenue opportunity.”

In line with this hybrid approach is the decision to refuse outside funding and buy-outs from bigger companies, despite numerous offers over the years. As Herrick explained: “Making money is great, certainly it’s something I have nothing against… However, we don’t want to do that at the expense of our mission – we just never found anyone who prioritises that the same way that we do.”

Douglas added: “When you achieve outside funding, whoever is funding will generally have a goal of return. Because we’re not trying to return someone’s money on a certain schedule… we don’t have the pressure of the needs of an outside investor.”

While it’s not the case in Silicon Valley, the number of hybrid organisations around the world is slowly starting to grow. “WikiHow has been leaning against the wind for a very long time here, and I’m now starting to feel the wind shift to be more of that,” said Herrick. “[The company is] no longer this total oddball.”

The kaizen approach
In order to achieve its mission, wikiHow operates under a modus operandi of constant evolvement. Each article on the site can be edited numerous times, with tweaks or new images added by editors, both internal and external, to make it as helpful as possible. In discussing this mindset, Herrick referred to the Japanese concept of kaizen, or continuous improvement: “It’s funny, every time we finish something we’re like ‘this is the best, we can never get it any better’ – then six months later we find a way to make it better again.”

Herrick uses the site’s ‘how to tie a tie’ article as an example of wikiHow’s kaizen philosophy in action. Over the past 14 years, he says, it’s been changed hundreds of times. Today, the article reflects the way wikiHow sees itself evolving for the times ahead. “The article has a variety of different things. It has videos, and it has some illustrations on top of those videos, it has great quality text and still images… It’s really multimedia,” he explained. This dynamic page design helps users learn as quickly and as effectively as possible.

To push this goal further, each page on the site uses data to assess how helpful visitors find it so the necessary adjustments can be made. For guides of a medical or legal nature, wikiHow’s in-house team of experts carefully scrutinise each piece to ensure its accuracy. Examples such as ‘how to recognise spinal meningitis symptoms’ and ‘how to perform the Heimlich manoeuvre’ attest to how these physician-approved articles can go as far as saving the lives of people around the world.

WikiHow is a company unlike others: it acts like a charity, but doesn’t take donations; it turns a profit, but making money is a secondary factor in decision-making; growth is key to the company’s mission, but it refuses external investment that would accelerate growth. Through its hybrid model and open-source approach, wikiHow is able to maintain a constant cycle of improvement and sustainable growth. WikiHow’s mission is to teach the average user how to do any number of tasks, but the site has become a role model in the business world, too, thanks to its pioneering hybrid model.