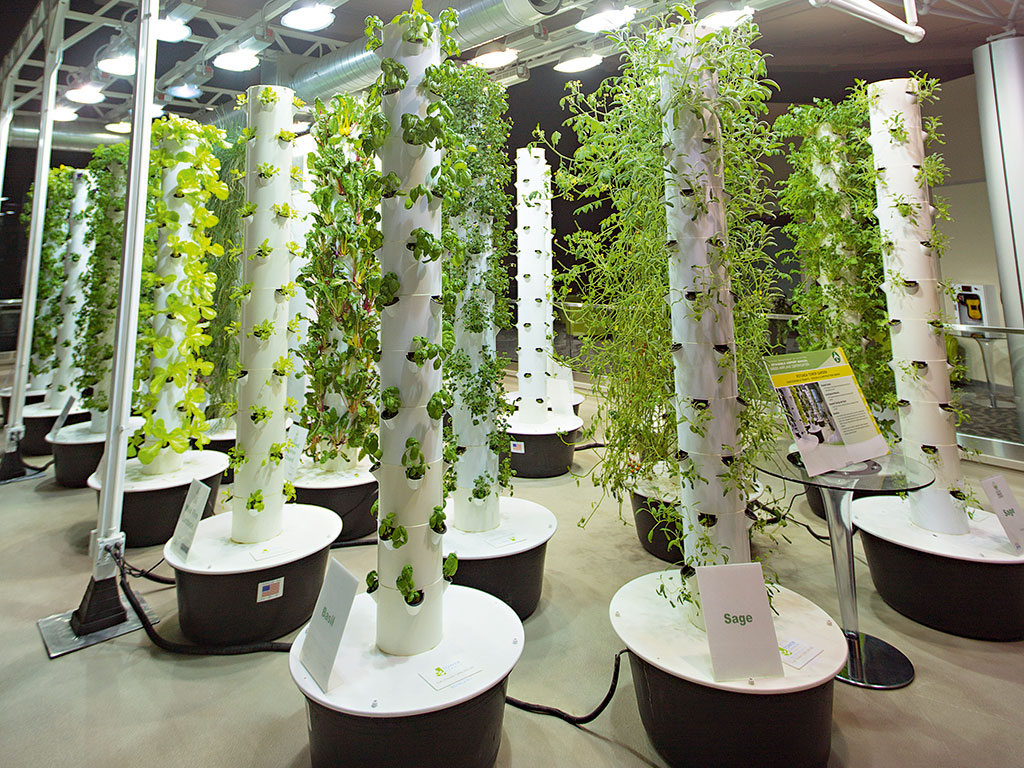 Aeroponics can be used to grow plants without sun or soil, while minimising harmful transportation miles

For those who might be unfamiliar, what is vertical farming?
Vertical farming is, essentially, farming modules, stacked one on top of the other, and not, as some would say, a farm system on a roof – that’s putting a farm on a roof. By my definition, vertical farms are made up of multiple levels of growth, and, at AeroFarms, our levels measure typically between two-and-a-half and three feet, growing as high as 12 levels.

By utilising state-of-the-art aeroponics and LED technology, we can create a controlled growing environment, without sun or soil, whilst minimising harmful transportation miles. Ultimately, the technology represents a new way of transferring nutrients to the root structure, both by optimising the productivity per square foot and making it economically viable to farm close to and even inside cities.

What is the central problem that vertical farming aims to solve?
Our mission is to address the global food crisis by building farms that can grow safe and healthy food in a sustainable and socially responsible way. What people want so much is fresh food, and one of the benefits of AeroFarms and other vertical farming systems is that they enable fresh food to be grown more easily, and in close proximity to urban areas.

One of the hardest parts of providing people with fresh food currently is that there are so many processes to go through before the food finds its way to the consumer. Vertical farming means many of the inefficiencies found in traditional farming can be done away with, and AeroFarms’ productivity per square foot is actually 70 times greater than that of a field farmer.

However, what you need to understand is that it’s not an easy fix and the technology is tricky. Looking at the engineering side of things, we have electrical engineers, mechanical engineers, structural engineers, lighting engineers, PLC engineers, industrial engineers, process engineers, and that’s only in one department. It takes a lot of parts to get these suckers to grow well. There’s an incredible amount of engineering, horticulture and biology that goes into this, but we’re able to deliver what the plants want, when they want it, and influence taste and texture, as well as nutritional factors.

In what fundamental ways could these food factories transform agriculture?
The best way to illustrate that point would be to look at the situation in the US at present. About 95 percent of all US ingredients are grown in California, where there are significant droughts going on at the moment, and that’s putting tension on the system. Vertical farming, on the other hand, means year-round production, and with better yields.

With vertical farming, you can create these ideal climates anywhere in the world, whether it’s at the North Pole or the equator. Additionally, even in industrialised rich countries, there’s tremendous spoilage in the supply chain, mainly because it takes time to deliver food from the farm to the port. Vertical farming means a lot of these inefficiencies are removed from the supply chain, facilitating the delivery of fresh food and the reduction of waste. The technology is enabling local food production on a massive scale.

Have investors warmed to the idea of vertical farming recently?
We have, and here’s where I think 90 percent of the people who get into this space are going to fail: right now there’s this romanticised view of what vertical farming is, and a real underappreciation and misunderstanding about its complexity.

In order to get this done, it not only has to be done right, but it has to be done big, to ensure that the profits are able to absorb the costs. If we put in for a farm, we put in over $1m to automate it, and that’s only for the automation and harvesting side. I see people cutting corners in places that corners cannot be cut.

Investors, I think, appreciate the threats posed by water shortages, and see vertical farming as a solution, given we use 95 percent less water than traditional agriculture. There’s also an acknowledgement that, given today’s environmental tensions, 70 percent of the world’s fresh water goes to agriculture and 70 percent of the world’s fresh water pollution comes from agriculture. When you look at these macro issues and see we use 95 percent less water, and zero pesticides, herbicides and fungicides, there’s a big wow factor – and appropriately so – in understanding this is an area that deserves greater investment. But it has be done right, it has be done by the right people and on the right scale to make it happen. My concern is that there are going to be some trips from other players that make the industry look bad.

There are a lot of people watching this space, and I very much feel that there are eyes on AeroFarms, because we’re one of the leaders in the market. Having said that, I’m optimistic that we’re going to succeed, and I’m glad we have a lot of excellent people in the organisation to deal with all the challenges ahead.

Could you tell us a bit more about some of those challenges?
These farms are expensive. The number one challenge we face currently lies in finding the capital to get these projects started. We’re building a $30m farm and a $5m farm currently, and we’re exploring the prospect of doing a $100m farm in the future – the bigger they are, the better.

In terms of finding the capital, there are limitations as to what cheque sizes we can write, so figuring out how to scale a capital-intensive business in a capital efficient way – and finding the right partners to do so – is a challenge.

What are your ambitions for the future?
Right now we’re building the largest vertical farm in the world, and we have plans to go much further in the years ahead. Our vision is to build farms that grow wonderful-tasting products that are nutritious and fresh, in cities all over the world. We’re building two farms as we speak, and we’re about to start building another two, probably before the end of the year. We’re also looking at two other countries internationally, one in the Middle East and one in Asia, and we’d love to do something in Europe, so we’re looking for partners on that front also.

We’ve invested a lot of money, and continue to invest a lot of money, not only in the growing technology but also in the right software to manage the farm. The controls we’ve built so far allow us to look at the performance of, and even control, the farm from a smartphone. But even with all that, it doesn’t remove the human element, and it concerns me other people in this space are not paying enough attention to food safety in quite the same way we are.