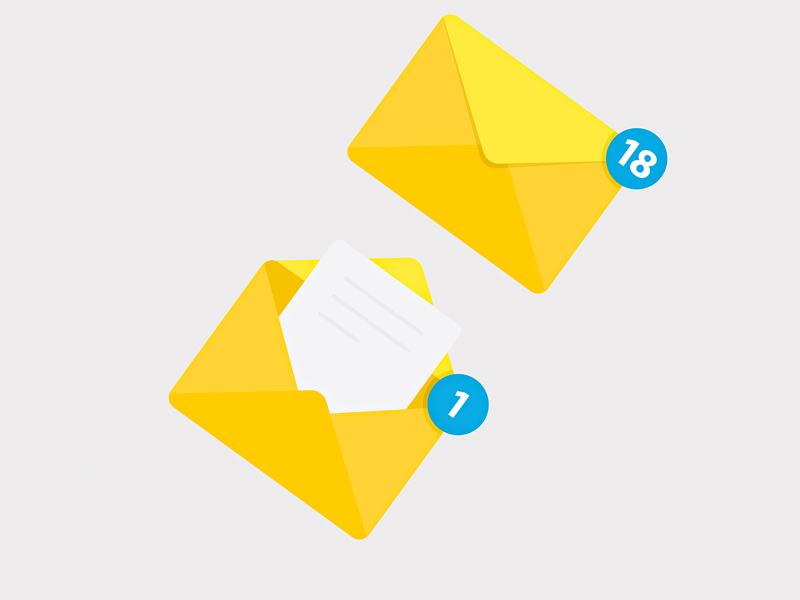 Given the amount of time and energy the average employee dedicates to sending and receiving email, it’s reasonable to expect our inboxes to work a little harder for us

Email, the most popular communication tool of the modern workplace, could soon be obsolete. Invented in the 1960s to facilitate digital communication between workers, it has been overtaken by speedier and more efficient applications. From messaging apps with document-sharing features to inboxes with inbuilt profile pop-ups, today’s communication tools not only aim to reduce the time we spend engrossed in our inboxes, they also promise increased privacy and faster communication.

For those unwilling to relinquish the classical email format just yet, there’s Superhuman, which claims to be “the fastest email experience ever made”

One of the major disruptors of email, Slack, has seen a huge uptick in clients in recent years as workers seek more efficient ways to collaborate with their international colleagues. Founded in 2013 by Stewart Butterfield, the cloud-based chat platform now has more than 10 million daily users and was valued at $23bn when it debuted on the New York Stock Exchange in June this year. The application allows communication to be organised into channels: office water cooler chat is separated from strategic debates, making it easier for employees to choose which messages take priority, unlike an email inbox, where users have to sort through themselves.

Slack’s capabilities extend well beyond sending and receiving messages – it also integrates with a number of third-party services including Dropbox, GitHub and Trello. This means employees can share files, work together on code and keep track of daily tasks, all within one platform.

Top of the line
For those unwilling to relinquish the classical email format just yet, there’s Superhuman, which claims to be “the fastest email experience ever made”. Every action – whether that’s starting up the service, sending an email or searching for a contact – takes less than one tenth of a second. It boasts a host of inbuilt tools designed to save time, from keyboard functions (one allows users to send a timely RSVP to decline invitations if their diary is booked up) to pop-ups reminding you of your last message exchange with a contact.

Since its launch earlier this year, Superhuman has been lauded by the who’s who of the technology sector. David Ulevitch, a partner at venture capital firm Andreessen Horowitz, called it the “future of work”, while both Jager McConnell, CEO of Crunchbase, and the founders of payments firm Stripe are also rumoured to be fans.

Part of Superhuman’s appeal lies in its exclusivity – the system comes with a $30-a-month price tag and is currently invitation-only, with a waiting list of more than 180,000 people, according to CEO Rahul Vohra. For Silicon Valley buffs, the subscription fee is a small price to pay to reclaim some of the time they spend emailing during a typical workday. The cachet that comes with being one of the first to use the service is simply a bonus.

Productivity boost
If privacy is the priority, services such as ProtonMail, Tutanota and Runbox all provide end-to-end encrypted email services, meaning no one – not even developers at the company – can read a message’s contents. Runbox’s Norway-based data centres even run solely on renewable hydropower, minimising the environmental impact typically associated with facilities of this type.

Given the amount of time and energy the average employee dedicates to sending and receiving email, it’s reasonable to expect our inboxes to work a little harder for us. After all, the more efficient and streamlined our communication apparatus, the more time we are able to dedicate to productive activities that drive businesses forward and leave us feeling more accomplished at the end of the day. It’s increasingly clear that email is no longer able to fulfil that role, making it ripe for disruption by tools that can.