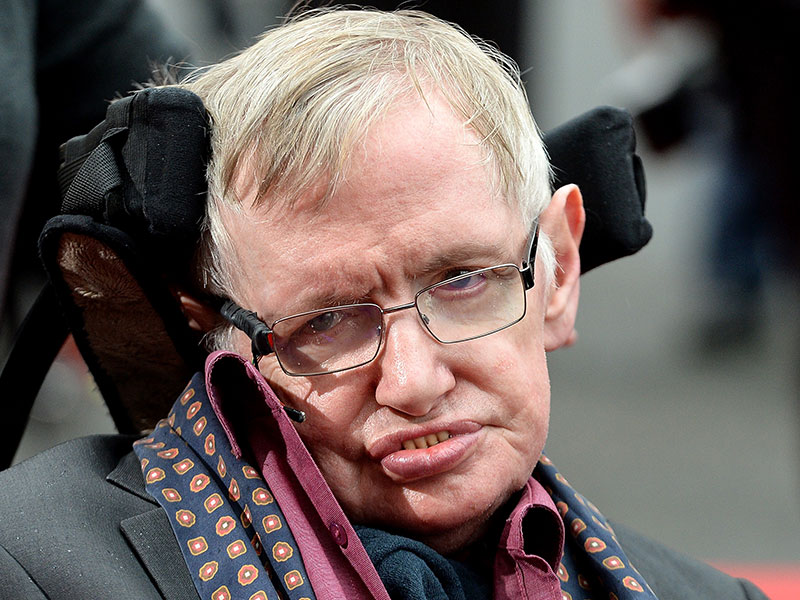 When Hawking spoke of death, he did so with the calm rationale that one would expect of a scientist, describing the brain “as a computer that will stop working when its components fail”

Stephen Hawking, the influential cosmologist and author, passed away during the early hours of March 14, aged 76. Hawking became an inspirational figure for millions, not only as a result of his scientific work but also through his determination and humour in the face of adversity.

Hawking was diagnosed with motor neurone disease aged just 21, while completing his post-graduate studies at Cambridge University. Doctors only expected him to live for a further two years.

Although living under the spectre of a terminal illness initially threw the young scientist into a depression, Hawking ultimately made a mockery of the prognosis, living another five decades and achieving more than most people could ever dream of.

Hawking refused to be held back by his illness, choosing to focus on what he could do, rather than what he couldn’t. When he could no longer write, he began visualising calculations entirely in his head. When he could no longer speak, he started using a voice synthesiser program to communicate with the outside world. As his paralysis progressed, he would move a single cheek muscle to select the words and phrases he needed.

It is Hawking’s intellectual strength, rather than his physical limitations, that should serve as the focal point of any retrospective of his life

Although it’s undeniable that Hawking’s condition helped to make him one of the most famous scientists in the world, it is his intellectual strength, rather than his physical limitations, that should serve as the focal point of any retrospective of his life.

His work with fellow physicist Roger Penrose on gravitational singularity brought him early acclaim, while his theoretical predictions regarding Hawking radiation represented a breakthrough moment in our understanding of black holes.

Despite the complexity of his work, Hawking’s ability to simplify even the most abstract concepts – often with the help of his famous wit – made him a household name. In 1988, he released A Brief History of Time: From the Big Bang to Black Holes, a popular-science book he hoped would bring cosmology to a wider audience. In the end, the title sold more than 10 million copies worldwide, was on the Sunday Times best-seller list for a record-breaking 237 weeks and was translated into 35 languages.

In later life, Hawking gained newfound fame, appearing in Star Trek: The Next Generation, The Simpsons and The Big Bang Theory, as well as being depicted by both Benedict Cumberbatch and Eddie Redmayne on the silver screen. Hawking was also something of a practical joker, as comfortable delivering razor-sharp one liners when talking with members of the public, celebrities or heads of state.

When Hawking spoke of death, he did so with the calm rationale that one would expect of a scientist, describing the brain “as a computer that will stop working when its components fail”. But when he spoke of the wonders of the universe, he did so with passionate zeal and a unique genius that influenced academics and everyday people alike. It is for this reason that Hawking’s work and life will continue to stand as an inspiration for so many.