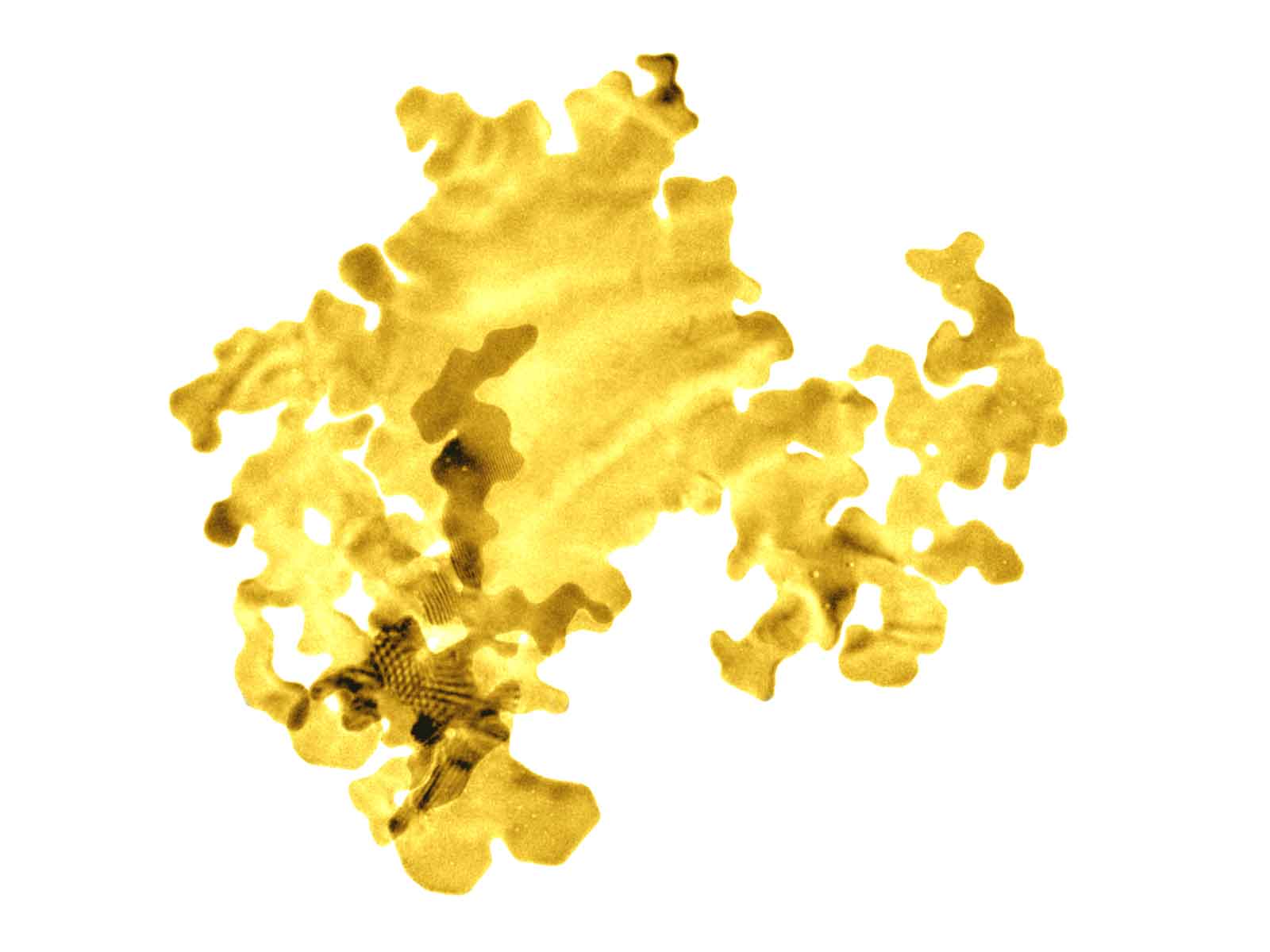 Scientists at the University of Leeds have created a form of gold that is only two atoms thick, making it the thinnest gold ever to be developed. The metal is one million times thinner than a human fingernail.

Because of its green appearance when underwater and its frond-like shape, the researchers behind the ultra-thin material refer to it as ‘gold nanoseaweed’. It is considered to be 2D, since it consists of just two layers of atoms.

Gold is highly effective as a catalytic substrate and is used to speed up chemical reactions in a number of industrial processes. This ultra-thin gold would be 10 times more efficient as a catalyst than the currently used gold nanoparticles, which are much larger.

Researchers believe the new metal could have a range of uses in the medical device and electronics industries. It could also form the basis of artificial enzymes for use in water-purification systems and in point-of-care medical diagnostic tests.

It was announced on August 6 in the journal Advanced Science that the ultra-thin gold had been successfully synthesised. The journal paper’s lead author, Dr Sunjie Ye, described the work as a “landmark achievement”.

In 2004, graphene became the first 2D material to ever be created. It is promised to have a wide range of applications, from wearable technology and batteries to solar power. However, the fact that much remains unknown about the material’s potential 15 years after its discovery is testament to how long it can take for new materials to become widely adopted.

The research team behind the new gold is currently looking to scale up the synthesising process. It believes its work will not only open doors for the more efficient use of this precious metal across industries, but that it could also help material scientists to develop other 2D metals in the future.