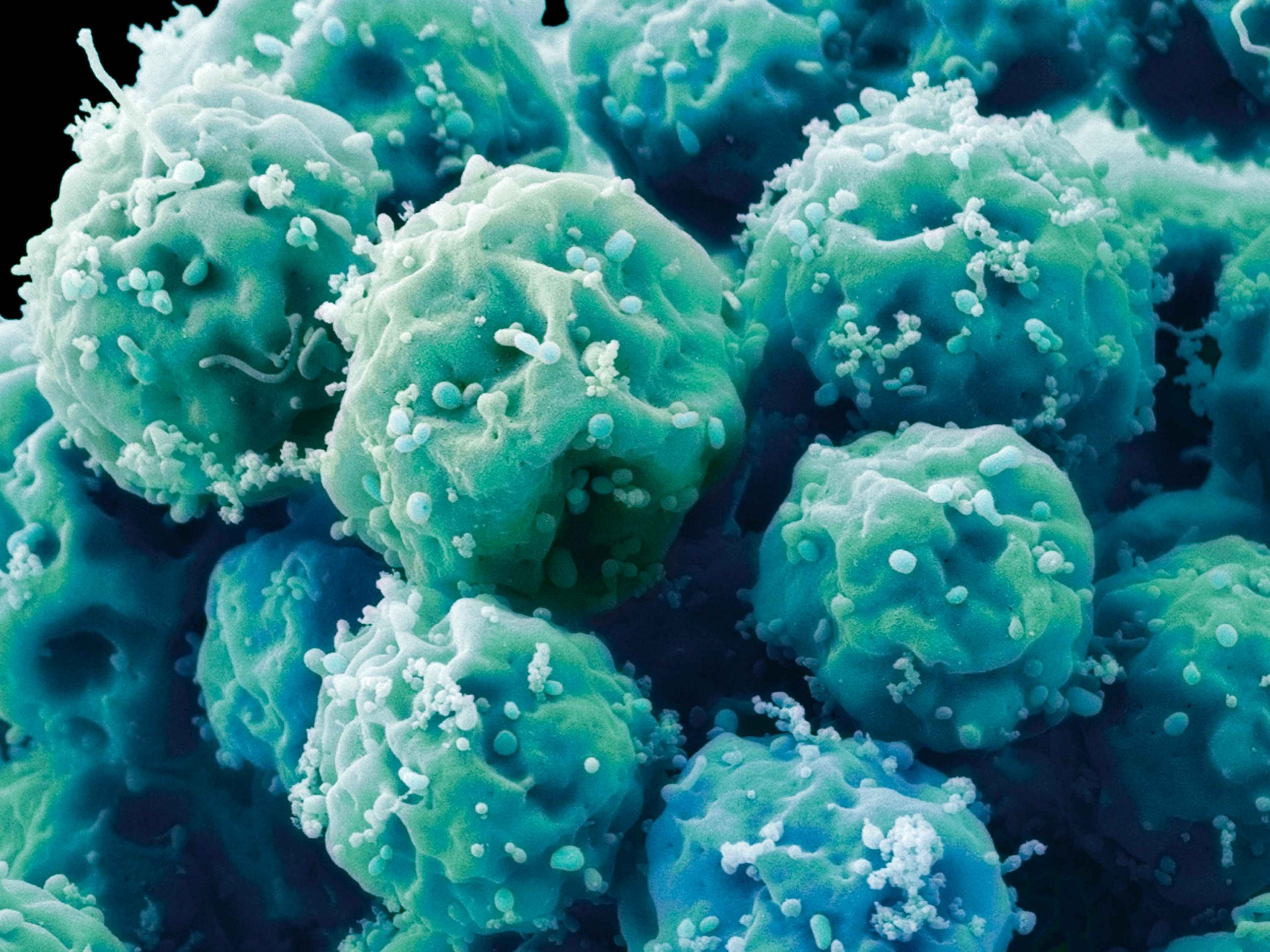 Embryonic stem cells. The ethical issues associated with stem cell research could be resolved through the use of induced pluripotent stem cells, which are derived from fully committed and differentiated cells of the adult body

The almost miraculous benefits that stem cells may one day deliver have long been speculated on. Capable of becoming different types of cells, they offer huge promise in terms of transplant and regenerative medicine. It is, however, also a medical field that urges caution – one that must constantly battle exaggeration. If stem cells do in fact hold the potential to reverse the ageing process, for example, then such breakthroughs remain many years away.

Recently, though, the field has had cause for excitement. In 2006, Japanese researcher Shinya Yamanaka discovered that mature cells could be reprogrammed to become pluripotent, meaning they can give rise to any cell type of the body. In 2012, the discovery of these induced pluripotent stem cells (iPSCs) saw Yamanaka and British biologist John Gurdon awarded the Nobel Prize in Physiology or Medicine. Since then, there has been much talk regarding the potential iPSCs possess, not only for the world of medicine, but for society more generally, too.

A big step
Historically, one of the major hurdles preventing further research into stem cells has been an ethical one. Until the discovery of iPSCs, embryonic stem cells (ESCs) represented the predominant area of research, with cells being taken from preimplantation human embryos. This process, however, involves the destruction of the embryo and, therefore, prevents the development of human life. Due to differences in opinion over when life is said to begin during embryonic development, stem cell researchers face an ethical quandary.

With iPSCs, though, no such dilemmas exist. IPSCs are almost identical to ESCs but are derived from fully committed and differentiated cells of the adult body, such as a skin cell. Like ESCs, iPSCs are pluripotent and, as they are stem cells, can self-renew and differentiate, remaining indefinitely propagated and retaining the ability to give rise to any human cell type over time.

“One important distinction to make is that both ESCs and iPSCs do not exist in nature,” Vittorio Sebastiano, Assistant Professor (Research) of Obstetrics and Gynaecology (Reproductive and Stem Cell Biology) at Stanford University’s Institute for Stem Cell Biology and Regenerative Medicine, told The New Economy. “They are both beautiful laboratory artefacts. This means that at any stage of development, you cannot find ESCs or iPSCs in the developing embryo, foetus or even in the postnatal or adult body. Both ESCs and iPSCs can only be established and propagated in the test tube.”

The reason neither ESCs nor iPSCs can be found in the body is that they harbour the potential to be very dangerous. As Sebastiano explained, these cells “could spontaneously differentiate into tumorigenic masses because of their intrinsic ability to give rise to any cell type of the body”. Over many years of research, scientists have learned how to isolate parts of the embryo (in the case of ESCs) and apply certain culture conditions that can lock cells in their proliferative and stem conditions. The same is true for iPSCs.

To create iPSCs, scientists take adult cells and exogenously provide a cocktail of embryonic factors, known as Yamanaka factors, for a period of two to three weeks. If the expression of such factors is sustained for long enough, they can reset the programme of the adult cells and establish an embryonic-like programme.

Turning back the clock
There is already a significant body of research dedicated to how stem cells can be used to treat disease. For example, mesenchymal stem cells (usually taken from adult bone marrow) have been deployed to treat bone fractures or as treatments for autoimmune diseases. It is hoped that iPSCs could hold the key for many more treatments.

“IPSCs are currently utilised to model diseases in vitro for drug screening and to develop therapies that one day will be implemented in people,” Sebastiano explained. “Given their ability to differentiate into any cell type, iPSCs can be used to differentiate into, for example, neurons or cardiac cells, and study specific diseases. In addition, once differentiated… they can be used to test drugs on the relevant cell type. Some groups and companies are developing platforms for cell therapy, and I am personally involved in two projects that will soon reach the clinical stage.”

Perhaps the most exciting prospects draw on iPSCs’ regenerative properties. Over time, cells age for a variety of reasons – namely, increased oxidative stress, inflammation and exposure to pollutants or sunlight, among others. All these inputs lead to an accumulation of epigenetic mistakes – those that relate to gene expression rather than an alteration of the genetic code itself – in the cells, which, over time, results in the aberrant expression of genes, dysfunctionality at different levels, reduced mitochondrial activity, senescence and more besides. Although the epigenetic changes that occur with time may not be the primary cause of ageing, the epigenetic landscape ultimately affects and controls cell functionality.

Slow and steady
As with any scientific advancement, financial matters are key. According to Market Research Engine, the global stem cell market is expected to grow at a compound annual growth rate of 25.5 percent between 2018 and 2024, eventually reaching a market value of $467bn. The emergence of iPSCs has played a significant role in shaping these predictions, with major bioscience players, such as Australia’s Mesoblast and the US’ Celgene, working on treatments involving this particular type of stem cell.

“The business potential around stem cell research is huge,” Sebastiano told The New Economy. “[Particularly] when it comes to developing cell banks for which we have detailed genetic information and, for example, studying how different drugs are toxic or not on certain genetic backgrounds, or when specific susceptibility mutations are present.”

Unfortunately, even as the business cases for iPSC treatments increase, a certain degree of caution must be maintained. The promise of significant health benefits and new revenue streams has led some clinics to offer unproven stem cell treatments to individuals. There have been numerous reports of complications emerging, including the formation of a tumour following experimental stem cell treatment in one particular patient, as recorded in the Canadian Medical Association Journal last year. Such failures risk setting the field back years.

The challenge for researchers now will be one of balance. The potential of iPSCs is huge – both in terms of medical progress and business development – but can easily be undermined by misuse. Medical advancements, particularly ones as profound as those associated with iPSCs, simply cannot be rushed.