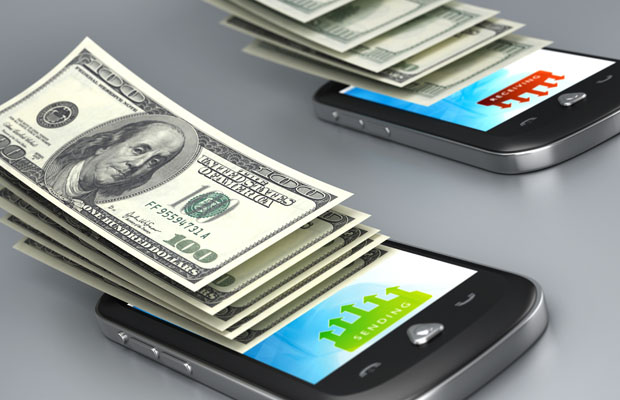 Over the past few decades, credit and debit cards have taken on an increasingly dominant role in consumer spending habits. Now contactless payment cards, and the likes of mobile payment systems such as Apple Pay, are threatening to remove the concept of cash entirely. Nowhere is that more apparent than in the Nordic countries; four fifths of all transactions in Sweden are already made without cash according to newspaper The Local, while leading financial confederation Finans Norge is advocating for Norway to become entirely cash-free by 2020.

Supporters cite increased security and reduced cash-handling costs as primary motivations for doing away with the dosh. But in potentially altering our perception of spending and transforming our shopping habits, cashless payments could be driving us ever closer to a society maimed by severe over-consumption.

A host of studies have suggested that people are inclined to spend more with credit cards than cash – an idea first floated by American professor Richard Feinberg in the 1980s and drawn on numerous times since; a recent study in 2014, led by researchers at Copenhagen Business School, for example, argued that consumers tend to separate consumption from payment when using debit cards. That may well be because, as researcher Dilip Soman argued in 2003, card payments lack the salience and transparency of their physical counterparts.

“The underlying assumption is that the tangibility of notes and coins creates awareness (conscious/unconscious) that something of value is being exchanged,” write Jashim Khan and Margaret Craig-Lees of AUT University in New Zealand, in their report ‘Mobile payments: their effect on purchase behaviour’. “Under and ETS payment condition, consumers may not, at that specific point, be mentally (or emotionally) ‘tuned in’ to the actual amount of money being spent.”
Literally handing over a material object certainly seems to have a fundamentally different psychological impact from simply waving a contactless card or mobile payment system over an all-enticing scanner – perhaps due to the ‘money illusion’ concept, according to which people tend to judge the value of an object (such as a coin) from its actual size, shape and colour.

In 2010, consumer psychologist Manoj Thomas indeed found that the “pain” felt when paying by cash was numbed with card payments. Thomas, who examined 1,000 households over the space of six months, even argued that consumers were more likely to buy unhealthy food when paying by card. “Specifically, paying in cash feels more painful than paying by credit or debit card. This pain of paying in cash can curb impulsive responses and thus reduce the purchase of such vice products,” the study concluded. Although arguing that card payments drive unhealthy food habits might be a little far-fetched, the overriding argument that paying with the plastic encourages impulsive spending is certainly viable.

Given those findings, it’s concerning that contactless cards and mobile payment systems – which make spending without actually flashing physical cash easier than ever – are rising at such a rapid rate. The mobile payments industry is set to be worth a staggering $142bn in the US by 2019 according to Forrester Research, while Apple Pay, which launched in October 2014, reported over 1m transactions in its first three days according to CEO Tim Cook [Mercury News reported]. If it’s anything like most new technologies, as the system catches on and gradually gains consumer trust its usage is likely to grow exponentially.

In the UK – Europe’s second biggest debit card spender – the number of contactless payments increased by over 150 percent in the six months to October 2014, according to Worldpay, hitting 16.69m. And that’s having a visible impact; “people are now using their card even for small purchases when they once would have used the change in their pockets,” head of Policy at The UK Cards Association Richard Koch said in a report. “Contactless cards have helped to accelerate this change in behaviour.”

According to a report by the British Retail Consortium (BRC), the average value of debit card transactions has indeed fallen, dropping 12 percent between 2009 and 2014 (from £31.45 to £27.58). And it’s driving a surge in card usage more generally; the number of overall card transactions increased by around 10 percent for the fourth straight month in September 2014, according to the UK Cards Association report – marking the biggest rate of growth seen in 10 years.
That rise in electronic payments doesn’t only mean encouraging consumers to spend more money by removing the guard that cash payments seem to put up; it also means making it easier than ever to track our every move. By making transactions substantially quicker and easier, contactless cards and mobile payments are slowly making cash obsolete and mirroring the demise of the once-lauded cheque.

If they do succeed in replacing cash – a mission almost complete in parts of Scandinavia – it could mean consumer habits undergo an irreversible transition. By avoiding the sense of physical loss associated with handing over material, tangible objects, electronic payments could fuel a culture of haphazard spending and further drive the type of over-consumption already characterising some economies. Whether the supposed safety benefits emphasised by the likes of Apple Pay and contactless card supporters are worth that sacrifice deserves to be seriously questioned.