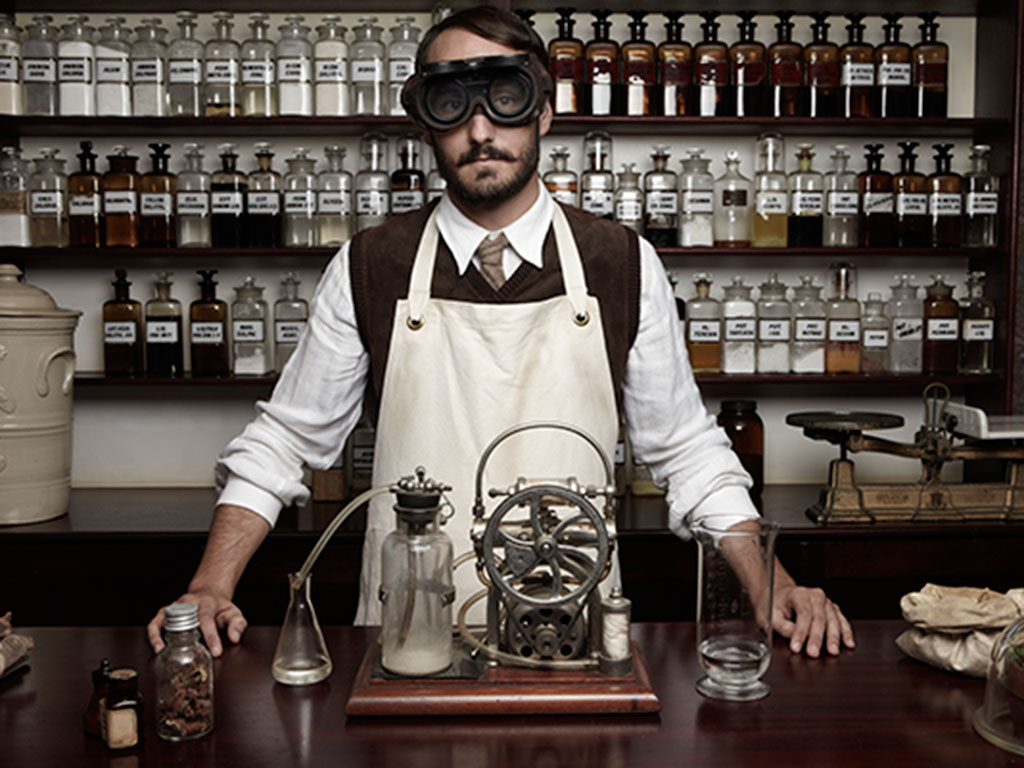 The race to concoct the latest patent-worthy product has led to a saturation in the market; bringing the economy to boiling point

I’m certainly not going to win any popularity contests for writing this article. The last thing anybody wants to talk about after a presidential election is a patent bubble. After all, most of us took a nice stock market beat down during the recent housing bubble and mortgage crisis.

For the past 40 years, intellectual property, technology development and invention ideas have been the driving force behind the United States and much of the world’s developed economy. Companies like Apple, Amazon and Amgen have been the leaders in wealth creation. Biotech, software and communications systems have made fortunes for many, changing the world we live in.

It has resulted in a mad rush to capitalise on the ‘next big thing’. And that is creating a global patent bubble. The chase for intellectual property (IP) has created the next ‘irrational exuberance’. If the term rings a bell, it’s because it was the phrase that ex-Federal Reserve Chairman Alan Greenspan used when warning about stocks being overvalued during the dotcom bubble of the 1990s.

Since Microsoft burst onto the scene, IP has been seen as the next gold rush. Companies, venture capitalists, private equity shops and universities worldwide are searching for new patents and copyrights that will create astronomical returns.

Numbers don’t lie
The prices being paid for patents are all over the place. In 1975, more than 80 percent of an S&P 500 company’s net worth was based on tangible assets, such as real estate, machinery and receivables. By 2010, that number had completely flipped, with 80 percent of the net worth being based on intangible assets such as patents and goodwill.

The numbers are clear. IP now accounts for over 38 percent of the US economy, but interestingly only 12 percent of exports. If that’s not the start of a patent bubble forming, I don’t know what is.

It seems that the race to patent a product has overshadowed the product itself. I am not discounting the importance of patents. However, when almost 40 percent of the economy is focusing on protecting the right to make a product, rather than the product itself, there is something wrong.

95 percent of patents don’t make a dime
The common perception is that patents are a path to riches. If an inventor or entrepreneur files a patent, he can then build a successful technology company under the protection of that patent, eventually selling out to companies like Apple and Facebook.

Nothing could be further from the truth. A patent does not create a shield or grant you freedom to operate without competition. Instead, it gives you a tool to attack a competitor that you believe is infringing on your patent. However, the enforcing of patent law is typically nightmarish, even for well-funded corporations. It can take up to five years and cost up to $5m to actually win a patent litigation, and even then this decision can be subject to appeal.

Ever heard of the tulip bubble?
The tulip bubble is regarded as the first record of a widespread financial bubble in history. In the early 1600s, tulips were introduced into the Dutch Republic, and investors scrambled for a piece of the action. At the peak of the bubble, a single tulip bulb could sell for 10 times the annual income of a skilled craftsman.

When the patent bubble
bursts, it could be
far worse than the mortgage crisis

Tulips became the fourth largest Dutch export at a time when food and clothing accounted for almost the entire bulk of national income. In this environment – one in which most people barely had enough to eat – it was simply bizarre that a useless luxury item commanded such a large proportion of Dutch wealth. Then, in 1637, the bubble burst and the price of tulips fell to just 1 percent of their former value. The Dutch economy crashed, and the consequences were felt throughout Europe.

The bursting of the tulip bubble didn’t just affect those who owned and traded tulips; it caused a deep recession and a liquidity crisis in the Dutch Republics. The tulip bulbs were leveraged by finance, just as we leverage homes and commodities in the US today. When a widespread bubble bursts, it upends the balance sheets of an entire nation.

The price of tulips never recovered, as you can see for yourself at any Walmart in spring – you can buy them by the dozen for less than five dollars.

The Great Crash
Similar forces brought on the great stock market crash of 1929. Investors were making huge returns throughout the 1920s. The stock market was the place to be if you wanted to get rich quick. People borrowed heavily in order to purchase shares. And then, it all came crashing down.

The housing bubble – which burst in 2008 – showed us the same pattern again. Following 1999, when the tech bubble burst, the safest place to put your money was into homes. Prices rose to unsustainable levels. All was commodified for investment purposes. When it crashed, almost every major bank in the US and Europe fell into negative territory. On paper they were bankrupt. They owned a host of mortgages tied to homes with inflated values. The government had to step in just to keep the banks afloat.

The bursting of the housing bubble led to the deepest economic downturn since 1929 and its aftermath is still felt throughout the US economy.

Global crisis
It is my opinion that when the patent bubble bursts, it could be far worse than the mortgage crisis. Today, a company’s most valuable asset is its IP. Their wealth is in their patents. These patents are held on their balance sheets as intangible and undisclosed assets. They attract investment, issue bonds, and obtain credit based upon those numbers.

These patent bubble assets are not liquid and they do not trade easily. It isn’t like selling a publicly traded security. Patent assets do not trade frequently and don’t have any valuation consistency. If a company fails, it is forced to liquidate these patent assets at fractions of their assumed value. When Kodak filed for bankruptcy, experts were predicting patent portfolio sales of $1.8bn to $4.5bn. They sold between $94m to $525m ­– some way short of expert projections. There was nothing unique about the way Kodak was valuing its patents. They were just following accepted accounting principles. Imagine Kodak happening over and over again. It would create an international liquidity and balance sheet crisis.

Inflated prices vs economic growth
Too much money chasing the same sector results in price inflation. Those inflated prices are always unsustainable. When this patent bubble bursts, it will hurt the entire economy.

Everybody wants to believe it is different this time. But, it never is

This is the opposite of productive investment, which has given us tremendous growth and a high standard of living. Investment in goods and services for reasonable returns is vital to economic growth. Investment in paper monopolies, patents and copyright can be good for the economy. But when it gets out of balance, as it is now, it can lead to very bad economic outcomes for the global economy.

Why isn’t anybody sounding the patent bubble alarm?

When bubbles are on the rise, a tremendous amount of wealth is created. Even a pure Ponzi scheme created plenty of profit for the early investors. During the housing bubble, many on Wall Street and in government knew house prices were unsustainable. Even the Federal Reserve made comments suggesting the economy was now “different” and there would be a soft landing.

Well the economy wasn’t different. Ponzi schemes and bubbles always end the same way. Traders like Nassim Taleb, who wrote the influential book The Black Swan and made a killing by investing against the home mortgage industry, were laughed out of the room. They were called alarmists or even branded as negative and destructive. But of course, Ponzi schemes always fail. Everybody wants to believe it is different this time. But, it never is.

There is one thing for sure. We are in a patent bubble right now… And history always repeats itself.