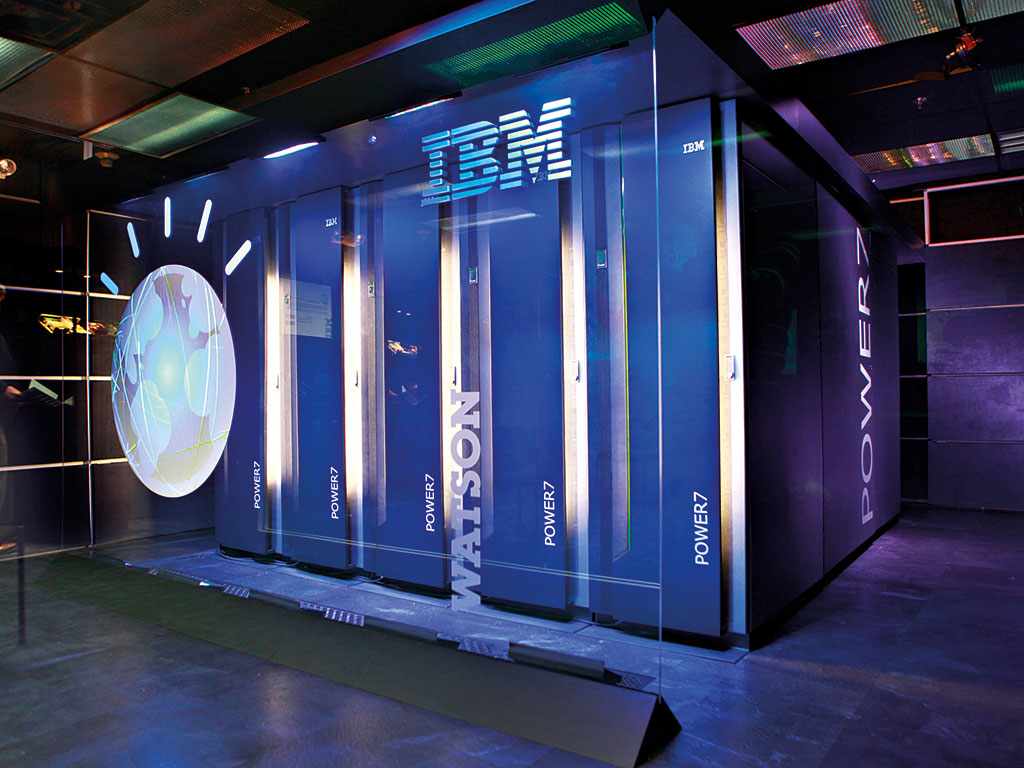 IBM's Watson artificial intelligence could be used to diagnose illnesses

In October, British Prime Minister David Cameron and Chinese President Xi Jinping announced a new fund to support research aimed at tackling the problem of so-called superbugs: disease-causing microbes that have become resistant to conventional drugs. It was a hugely rewarding moment for me personally as the chair of an independent review that has been calling for the creation of an innovation fund to address antimicrobial resistance since February last year. More important, it is a major step towards a real solution to this global problem, one that demonstrates the vital role that emerging-economy scientific and commercial innovation can play, especially when China takes the lead.

The announcement complemented a meeting in Berlin earlier in the month at which the health ministers of the G7 countries – Canada, France, Germany, Italy, Japan, the United Kingdom and the United States – sought solutions to the most pressing global health issues. One vital outcome was a shared commitment to tackle antimicrobial resistance, “first, by improving infection prevention and control; second, by conserving the effectiveness of existing and future antimicrobials; and third, by engaging in research to optimise such approaches and to develop new antimicrobials, vaccines, treatment alternatives, and rapid diagnostic tools”.

Drug resistance, like microbes, does not stop for border checks

These are the right objectives. But they can be effective only if most of the world works toward them simultaneously; after all, drug resistance, like microbes, does not stop for border checks. Here, the greatest responsibility lies with the G20 countries – and especially its emerging-economy members – which both suffer the most from drug-resistant infections and can do the most to solve the problem.

Cutting waste
To achieve the objectives identified by the G7, an especially promising target is drug wastage. By lowering the exposure of bacteria to drugs, we can slow the rise of drug resistance and keep our current medicines useful for longer, thereby reducing the urgency and cost of discovering new ones.

As it stands, huge amounts of antibiotics are wasted each year – even in countries with highly sophisticated healthcare systems. Indeed, in the US, 27m courses of antibiotics are essentially wasted every year on patients who visit the doctor with respiratory complaints that do not actually merit the use of antimicrobial drugs.

Such waste occurs largely because the vast majority of antibiotic prescriptions are made without the use of any diagnostic tool. Instead, doctors, often under pressure from uninformed patients, typically use so-called ’empirical’ diagnosis, applying their expertise, intuition, and professional judgment essentially to guess whether an infection is present, its likely cause, and the most appropriate treatment. In countries where patients can purchase antibiotics over the counter, the problem is even worse.

The plan
In October, I published a set of three specific interventions to address this problem. Together, these recommendations can limit overuse and build on current efforts to change doctors’ and patients’ behaviour within the current system. As countries like Sweden and the Netherlands have already shown, it is possible to keep antibiotic use relatively low.

Some progress has also been made in emerging economies, with China and Brazil reducing over-the-counter sales of antibiotics in large urban centres. But the goal should not be for the BRICS countries – Brazil, Russia, India, China and South Africa – to imitate advanced-country practices for prescribing antibiotics. Real progress over the next five years requires these countries’ healthcare systems to leapfrog ahead of those of the advanced economies, by implementing rapid diagnostic technologies and tools wherever possible, thereby ensuring that antibiotics are used only when truly necessary.

Given the stakes for the future of medicine, it is surprising that the world’s leading innovators are not jumping into this field

My first recommendation is to establish a global innovation fund to jump start research and development, by supporting world-class teams of researchers capable of delivering the best technical solutions. Given the stakes for the future of medicine, it is surprising that the world’s leading innovators are not jumping into this field (a notable exception is IBM Watson, which is considering relevant applications for its emerging ‘artificial intelligence’). Time will tell whether rapid diagnostic tests emerge from established companies like Apple or Google or from newcomers.

My second recommendation is to tie incentives to the public-good aspect of diagnostics. Antibiotic use stands out in medicine as one of the few areas where the benefits of using diagnostic tools – in terms of reducing wastage and slowing the development of drug resistance – accrue to society over the long term. The problem is that, at the individual patient level, diagnostic tests can seem unnecessarily costly or time-consuming.

I want to overcome this problem by creating ‘diagnostic market stimulus’ pots. This would ensure that the developers of these new tests – often small companies – and the doctors who use them receive strong incentives that promote uptake and rewards that reflect the wider benefits of their use. Though the system may sound complicated, the successful implementation of comparable approaches in research and development of vaccines prove that it can be done. This system would not only spur innovation; it would also help to increase uptake of new and existing diagnostics.

The third intervention is to support the large, objective studies that are needed to prove a new productís clinical and cost effectiveness, thereby enabling technological adoption by healthcare systems. Usually, the company developing the technology bears the costs of such studies, which can be prohibitively expensive for small companies. For healthcare systems, however, they would amount to a sensible and affordable investment.

If we are to defeat superbugs, we cannot continue to use 70-year-old technology and processes. At the same time, we cannot count on the prompt discovery of new and better antibiotics. And we certainly cannot rely on national solutions to what is clearly a global problem. Instead, patients, doctors, health ministries and companies worldwide must work together to change the way we use antibiotics, especially by supporting and embracing transformational technology.