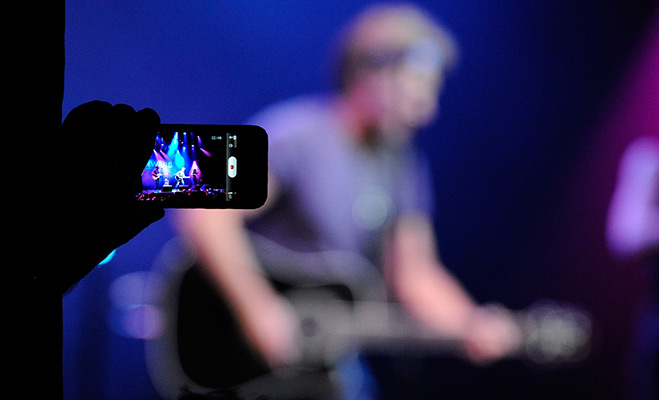 Eta Devices, a small startup in Massachusetts, has offered a solution to the inefficient power amplifiers that phones and cellular base stations use to transmit data. The amplifiers essentially convert electricity into radio signals, but they are horribly inefficient in the way they do it.

If you get 30 to 35 percent efficiency with today’s amplifiers, you are doing really well

The answer: new, geared amplifier technologies that will drastically increase the efficiency of the phone’s batteries, doubling the battery life of the average smartphone. Joel Dawson and David Perrault – two electrical engineering professors from the Massachusetts Institute of Technology – have developed the technology, called ‘asymmetric multilevel outphasing’.

Their company, Eta Devices, has designed a new amplifier that quickly calculates power requirements and chooses an appropriate voltage to operate at, efficiently controlling the distribution of energy in mobile devices. This means standby mode uses considerably less power, giving the phone a much increased battery life without actually changing the design of the battery.

The cost of standing by
The power wastage in smartphones is a result of the amplifiers currently used. Power amplifiers in phones have two states: ‘standby’ and ‘output signal’. Switching from one state to another distorts the phone’s signal, so the makers of the devices keep the standby mode power use high to avoid distortion when there is a sudden need to transmit. Joel Dawson said: “It means you are pulling a lot of energy just to keep the thing on. With high data rate communication, you wind up needing far more standby power than signal power. This is why the phone is warm.”

The power wastage occurs not only when the phone is transmitting data, but also when it is receiving incoming data. The amplifier is kept busy as it sends out receipts of data packets that confirm it has received the incoming data: it also alerts the network when it does not receive the data packets. Dawson said: “The transmitter is very active, even when you are downloading a YouTube video: not many consumers realise that.”

The findings were published in MIT Technology Review, where Chief Correspondent David Talbot described the latest advance as being “essentially a blazingly fast electronic gearbox. It chooses among different voltages that can be sent across the transistor and selects the one that minimises power consumption, and it does this as many as 20 million times per second”.

The technology is still being tested and is currently at the lab stage. However, the test results so far show a 50 percent reduction in power requirements. The technology, by allowing devices to use less power, will also reduce the amount of overheating from which handhelds, particularly tablets and mobile gaming consoles, suffer.

To market, to market
Although the technology is still being run through testing, Eta Devices is hoping to commercialise it in the coming months. The company, funded by $6m from Ray Stata, co-founder of Analog Devices and founder of Stata Venture Devices, plans to launch its product at the Mobile World Congress in Barcelona, February 2013.

It comes as good news both for businesses and consumers. There have been few advances in battery longevity in recent years and improvements in the efficiency of amplifiers have similarly stagnated. Vanu Bose, founder of Cambridge wireless technology startup Vanu, said: “There really has been no significant advance in this area for years. If you get 30 to 35 percent efficiency with today’s amplifiers, you are doing really well. But they can more than double that.”

The new amplifier will initially be marketed to LTE base stations, of which there are 640,000 in the developed world that use diesel-powered generators. They guzzle a combined $15bn in diesel each year. The power amplifier in these base stations uses about 67 percent of the power, which the new asymmetric multilevel outphasing could cut in half, creating some massive savings.

Cooling off
ETA’s amplifier would also reduce the amount of heat produced in the base stations. This would mean less air conditioning was required and therefore less electricity to keep the equipment cool. The current total cost of powering all base stations around the world is $36bn. That figure is equivalent to about one percent of global electricity usage – and 11 percent of that is the cost of air conditioning.

It is a huge market to tap into. As data-rich communication is coming into greater demand throughout the world, roughly one million macro base stations are being deployed each year, the majority of which use LTE technology. Soon after,  the technology will be chip-scaled for use in smartphones.

Eta Devices also hopes to develop an even more advanced power amplifier that could single-handedly deal with all the modes and frequencies currently used in smartphones, such as CDMA, GSM, and 4G/LTE. The iPhone 5 requires five separate chips to do this, which is a heavy burden on device power and physical space.

This more power-efficient technology is unlikely to mean consumers will need to charge their phones less often, however. There is a fair chance that developers will instead downscale batteries and produce much smaller and thinner phones, or opt for greater processing power within the phones, keeping battery life around the one-day mark currently common to most smartphones.