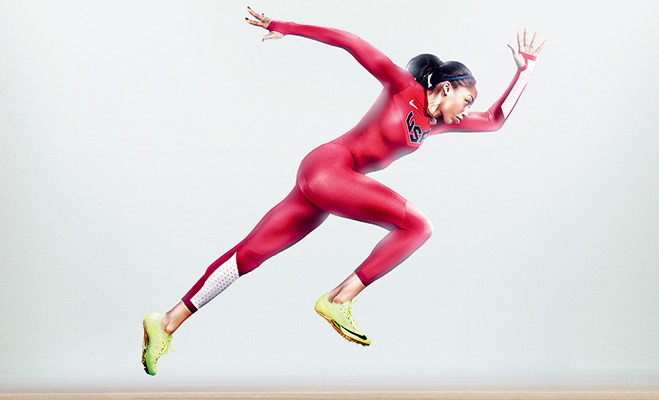 As was recently demonstrated by Red Bull, a worthwhile marketing campaign can take a long time to prepare, cost a huge sum and can be as extreme as jumping from space: and it’s all in aid of promoting just one product. Of course, not every company needs to be travelling through the stratosphere to show off its products, but every business does need to have a growth plan. Many of today’s global giants started off as small, specialised start-ups and have managed to strategically develop their corporations to compete internationally. Red Bull, Apple and Nike are in entirely different industries, but all have proven themselves to be leaders in their respective fields and maintain strong promotional campaigns. Although diverse, all concur on what it takes to make marketing work and ensure growth.

At the core of any successful business is the consumer. Carefully selecting and understanding that consumer will guide important decisions of product selection and brand identity. This can also direct growth, as effectively providing for a selected group can build reputation and aid acceptance of future ventures. After identifying the needs of the market comes developing a quality, innovative product or service to cater to them.

Niche companies provide services tailored to small audiences. Once that specified market has been infiltrated successfully, opportunities for expansion can present themselves: initially by exploiting within that niche and eventually branching out. Companies such as Traulsen, Lehman’s and Yeo Valley Organic all serve emergent crowds and have effectively shown that a deep understanding of their customers’ needs and continuous innovation can translate into effective growth and be used in promotions to broaden their appeal.

All in the timing
Timing can play a huge part in product development and launch. Its important that companies have an understanding of the social context into which their product is being launched. Context must be taken into account as it can have a huge influence on the perception of a product and its success once released. It can have a significant impact on word-of-mouth marketing: an invaluable form of promotion which has contributed to the success of many campaigns, including those for Red Bull, Apple and Nike products.

The story of Nike is an important one. Its rapid transformation from Oregon start-up to global sportswear and goods giant has become a model for commercial planning and execution. Over the years, Nike has embraced all kinds of marketing initiatives and spent increasing percentages of its (now not inconsiderable) budget on effective, influential and distinctive campaigns. There are many reasons Nike’s approaches have been particularly successful and the story of how two athletes developed a billion-dollar empire, amassing revenue of over $24bn in fiscal year 2012, is a lesson in strategic growth from niche business.

Blue Ribbon Sports (BRS), with its headquarters near Beaverton, Oregon, was founded in 1964 by distance runner Phil Knight and his coach Bill Bowerman. Being athletes themselves and sensitive to the specific needs runners had, Knight and Bowerman already had the advantage of having an increased awareness of their chosen consumer. The fledgling entrepreneurs sought to find an alternative, cheap manufacturer for their unique shoes for distance runners. Lower costs would allow them to undercut the German-made shoes that dominated the market. From his education at Stanford, Knight had identified a gap in the market and set about sourcing cheaper goods from factories in Japan.

Humble beginnings
The first step was to find out if it was even possible to break into the industry. Making an initial order for $1,000 worth of shoes from Japanese shoemaker Onitsuka Tiger, BRS acted as American distributor.  Knight, also working as an accountant, took care of business matters while Bowerman, a renowned innovator, took the trainers apart and began redesigning them to enhance performance and reduce injury for distance runners.

They worked together towards the specified goal of distributing high quality, low-cost shoes to reduce the dominance of German brands. Their goals changed as their company evolved: something that was fundamental to their development.

After selling at the sides of racetracks for a while and finding their product was popular among targeted runners, Bowerman designed the shoe that would enhance BRS’s profile. The innovation came from Bowerman’s wife’s waffle iron, which he used to create a ‘waffle sole’ out of latex. Trading increased and as more runners were seen wearing and, more importantly, winning in BRS’s shoes, word spread and the business expanded. Carefully exploiting their market, BRS sold a selection of shoes for distance runners before branching out to develop shoes for athletes. More employees were brought on and the company set up a number of retail outlets. BRS started advertising  through product brochures and promotional material.

In 1971 the Nike name, derived from the Greek for victory, was conceived after a dispute meant BRS had to split from Onitsuka Tiger and start designing and manufacturing their own shoes. Soon after, the iconic Nike ‘swoosh’ logo was selected, and the new Nike brand was ready to launch. Nike wanted a significant marketing event to instigate the reformed brand and, returning to its roots, recruited celebrity distance runner Steve Prefontaine.

Prefontaine, a successful athlete, was hugely popular and became a powerful ambassador.

He boosted Nike’s profile nationally, making appearances in the athletic shoes and sending pairs to upcoming athletes with letters of support. The Nike brand launched just in time for the 1972 US Olympic Track and Field Trials. Its timing meant considerable publicity opportunities, particularly as four of the top seven finishers of the marathon wore Nike’s signature shoes. Nike’s lightweight waffle sole made a lasting impact and by 1974, after 10 years of work, it had become America’s best-selling training shoe.

Growing year-on-year, the company hired its first advertising agency in 1976 – John Brown and Partners – which created the first ‘brand ad’ for Nike and boosted its sports-make profile further. Nike continued to build upon its repute with distance runners, providing clothing and equipment, and broadened the range to appeal to diverse audiences.  As the Nike brand and reputation grew, so did customer loyalty, particularly among distance runners. This meant price became less of a consideration as more people were willing to pay slightly more to be associated with the brand name itself.

By 1980 Nike held a 50 percent share in the US athletic shoe market and began to launch more products. The company collaborated with inventors to create innovative technologies, such as Nike Air.  Most Nike factories were, and still are, situated in less developed countries such as Indonesia, China and India in order to keep production costs down. After 20 years of business, Nike had grown to become a billion dollar company with worldwide sales, widely acknowledged to be the industry leader. The Nike brand had built a reputation for high quality and relatively low cost training shoes. Nike used this as a platform from which to launch products across all the major team games.

Legendary endorsements
Although a huge surge in the aerobics industry in the mid-1980s meant Nike missed out to growing rival Reebok, the company eventually regained the top spot by widening its scope and signing upcoming star athletes and sports stars, including NBA’s Michael Jordan. A series of memorable campaigns followed as it launched diverse product lines, including the Air Max, cross-training shoes and adverts featuring the powerful slogan “just do it”.

Knight regularly affirmed the company’s passion and, speaking at Nike’s new headquarters in Portland, said: “Our goal is simple: to be the market share leader and the most profitable brand in all 39 footwear apparel and accessory lines in which we compete.”

As Nike’s reach developed, so did its capabilities. The company opened larger flagship ‘Niketown’ stores internationally and by 1995 was signing entire sports teams. The Brazilian football team was the first to be signed, but a number of other national teams soon followed. This gave Nike further exposure and power in the sports community and it continued to sign upcoming legends from all over sport: from golf’s Tiger Woods to cycling’s former-hero Lance Armstrong.

The brand gained added notoriety after being one of the only sponsors who maintained its support for Armstrong through his cancer scare. Nike chose whom it supported carefully, selecting the best of the best across the spectrum of sports. Over time, this marketing technique allowed Nike to broaden its audience. The company’s business goals also evolved to be more challenging, allowing the brand to supply a range of products to people of all ages and thus maximise profit opportunities.

Success and innovation
By the turn of the century, the Nike empire held a one-third share of the world’s athletic market. It had passed the $20bn-in-revenue mark, employed 22,000 people across 120 countries and was a full 30 percent bigger than closest rival Adidas.

Success did not halt the brand however. Nike continued to innovate, ensuring it kept up with trends and inventing completely new styles, including the Nike Shox, which reportedly took more than 15 years of work as “Nike designers stuck with their idea until technology could catch up”. A campaign in 2002, ‘Secret Tournament’, is widely regarded as one of the largest marketing tactics Nike has undertaken. Internet, public relations, retail and consumer events were all used to promote Nike’s football products and athletes during the World Cup. A pattern in Nike’s promotions and product launches is  seasonal variation as it evolves its collection to keep up with what’s happening in wider society. Its best sales are unsurprisingly recorded around sporting events.

More recently, Nike has introduced eco-friendly designs and products.  The launch of its Volt running shoes during the London 2012 Olympics was a noteable piece of ambush marketing; though Adidas was the official sponsor, over 400 athletes were seen competing in the neon-green Volts. Nike has been able to succeed across a spectrum of sports goods and its constant innovation recently allowed it to delve into technology, as it teamed up with fellow giant Apple to launch Nike+: a device which gives feedback while running to promote exercise.

While maintaining its identity as a niche manufacturer, Nike has been able to make itself a multinational powerhouse for all things sport. Knight and Bowerman first identified their target consumer and, through strategic marketing and growth, have been able to bring their products to the mainstream. They have convinced the market of their products’ necessity. The utilisation of all possible promotional tools is a power and responsibility that Nike has built and maintained.

The use of well-known athletes for endorsements, multimedia commercials and sponsorship has been effective and the Nike swoosh has become one of the most iconic and recognisable symbols in the world. The company continues its global expansion: in the last year it has unveiled its latest collections, set up retail deals in China, continued its ongoing investment in community stores and signed a deal to become the official sponsor of the US’s National Football League. Current CEO Mark Parker said: “At Nike, Inc. we run a complete offense and it’s based on a core commitment to innovation. That’s how we stay opportunistic, serve the athlete, reward our shareholders and continue to lead our industry.”