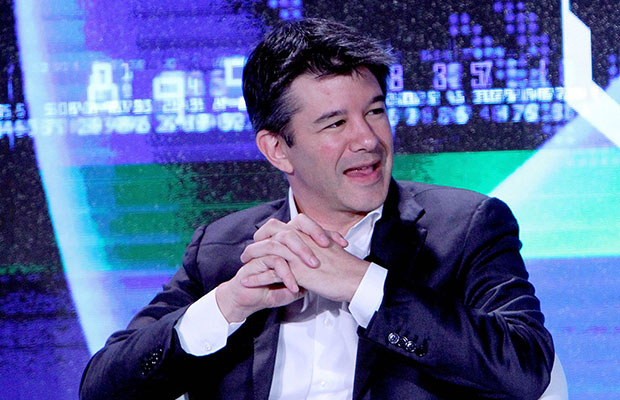 Allegations of copyright infringement levelled toward Uber by rival tech giant Google turned out to be the lesser of two evil plaguing the taxi firm in February. The second, far more significant problem has been the stunning revelation of the ‘systemic‘ sexual harassment of female engineers within the company.

However, while one source of Uber’s problems is the company’s rapid growth, comparing it to other Silicon Valley giants reveals a more basic issue. In short, Uber’s fundamental business model implies that inclusiveness is easily superseded in the list of managerial priorities by the goals of profitability and market disruption, opening the door to unconscious bias.

Tripartite troubles
There have been three main events in the scandal so far. First, on February 19, former Uber employee Susan Fowler wrote a blog post detailing her experience of sexual advances from a manager only two weeks after joining the company in November 2015. Fowler claimed “organisational chaos…and sexism” caused female co-workers to quit, eroding the proportion of women in Fowler’s department from 25 percent to six percent. Emboldened by Fowler’s disclosure, a total of 100 female employees then held a meeting with Uber CEO Travis Kalanick on February 23, asserting that a “systemic problem” exists within the company. Meanwhile, various anonymous whistleblowers have since spoken to the press about similar experiences of workplace sexism in the company.

Last week, a former employee from Uber’s Singapore office told the BBC that such problems emerged “when the company started seeing ‘completely insane growth’” in 2014. “They grew so quickly they just weren’t equipped. At the beginning there was just no formalised HR process.”

Rapid growth is certainly part of the problem. According to Jeremy Thornton, co-founder of Oasis HR and founder of the HR Think Tank series, as businesses grow, they generally work toward their priorities of profitability, learning and development, and reward structures first. “Diversity and inclusion is probably one of the last areas that an organisation will look at”, Thornton explained. “There are some organisations with 10,000 employees who might only have one person representing them from a diversity perspective.”

If growth is too fast, progressivism can fall by the wayside. But a comparison of Uber with other rapidly expanding tech-focused companies suggests that fast growth is not the only factor at play. Take Facebook as an example – despite fake news and data harvesting pecking at its reputation, the company has managed to retain a good public image. The firm grew quickly following its 2006 establishment, and while it has crystallised into a more mature form, with luxury offices and a stock market flotation, its culture has nonetheless been said to retain the hallmarks of a ‘scrappy start-up‘. Facebook and Uber are patently different despite sharing the experience of rapid expansion.

Rotten roots
There are three main reasons for this, all of which boil down to the fundamental nature of both companies. First, Facebook and Uber exist in different markets. This gives Facebook a greater incentive to create a positive working environment for its employees. If Facebook is to stay in touch with its millennial customers, and if it expects users to play by the rules of its own community standards, it needs to follow those rules itself. Uber, meanwhile, does not.

Kalanick, with his courting of Donald Trump, has done little to soften Uber’s image in this regard

Second, whereas Uber is disrupting an existing market, Facebook all but created its own industry. This affords more scope for the firms’ cultures to diverge. Facebook has been able to rely more on the quality of its product to carry it through, allowing space for better ethics to flourish from the outset. In Uber’s industry, external competition has always been at play, which distracts from internal ethical considerations and leads to unconscious bias going unchecked.

Finally, CEOs themselves play a vital role. In business, as in politics, figureheads are very important in shaping cultures. The emboldening of women toward defiance following Fowler’s testimonial is a good example. Regardless of whether Zuckerberg is actually more in-touch with millennial values than Kalanick, he appears to be – which is what matters.

When asked about the creation of sexist cultures, however, Thornton said: “I do not think it would be fair to say it is directly due to the CEO. Any organisation where you start to get to the size where you have different levels of management [and] different geographical locations, especially, then behaviours might be driven by strongly opinionated individuals.”

Nonetheless, Thornton also explained that CEOs do have the power to effect change by installing good support structures and by changing their public personas. “It should not be underestimated how much impact a CEO can have on the business…[nor] the indirect impact their behaviour can have.”

Kalanick, with his recent courting of US President Donald Trump, has done little to soften Uber’s image in this regard. In a world where employees use managerial figureheads as a reference-point when building interactions, Kalanick must put in place the right formal structures and prune his own uber-masculinity if he hopes to see social change ripple outwards. It is common knowledge that investing in diversity, inclusivity and human capital are crucial steps toward securing long-term profitability and sustainable development: something that Uber would do well to remember moving forward.