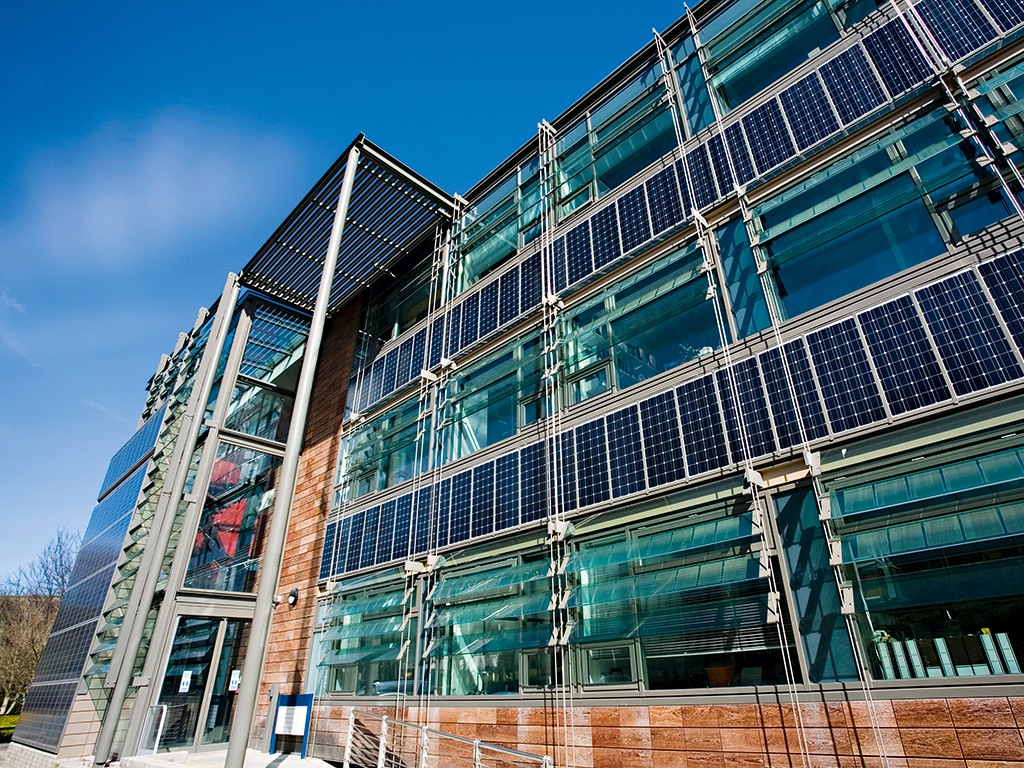 More and more companies across the globe are installing solar panel systems on the unused roof space of their commercial properties. The so-called photovoltaics (PVs) are selling like never before, as the cost of electricity and pressures on businesses to lower carbon outputs increase. Because businesses’ energy outputs are far higher than those of homes, companies must bear the burden of the strict targets that European, US and Australian governments have set to reduce carbon emissions and meet renewable energy goals. By installing solar panels, businesses are benefiting from lower overheads as well as receiving income from government-backed schemes.

Rooftops are among the best locations for solar panels, and so the unused space on top of commercial buildings is a key market for the solar panel industry. What’s more, regulators are working hard to ease up on planning permissions for solar panels in order to increase the amount installed.

Until very recently, planning permission was needed for a commercial system to be installed in countries such as the UK. In other countries, lack of funding and state support has also hindered solar panel sales. However, recent changes mean a commercial system (up to 50kW) is now classed as ‘permitted development’ in the UK. Similarly, the US and Australia have invested millions in state subsidies for solar in order to promote PV installation.

As a result, recent studies have shown solar applications mounted on commercial buildings are set to surge in the coming years. A Morgan Stanley report said US commercial PVs smaller than 100kW are expected to increase by 40 percent, while large-scale commercial projects are expected to jump by almost 70 percent before 2018. These projections respectively double and triple the growth rate of ground-mounted systems, which have conventionally been the biggest segment in the solar industry. This primarily comes down to the ease of rooftop installations, which don’t require additional investment in ground space.

Saving big
For many firms, savings associated with solar are obvious, but concerns regarding installation prices are still tangible. The price for a commercial solar panel installation will vary depending on how much space is needed for the PV, what size of system is being installed and what type of solar panels are used. A 50kW system, which is about the size of two tennis courts, will cost approximately £100,000 to £130,000 to install. The majority of commercial installations will be smaller than this and therefore more affordable. In addition, the long-term savings on electricity and earnings on excess solar energy can enable the system to eventually pay for itself and generate a profit.

Recent forecasts indicate electricity prices in Europe are set to rise an average of 2.6 percent every year until 2030. Excess energy generated by solar panels can be fed into the electricity grid, leading to a feed-in-tariff, which is basically a payment for your contribution to the overall supply of electricity. This lowers the overall expense of electricity and is considered an increasingly good investment as the prices for solar match up with more traditional energy types.

For instance, a new study from Eclareon – the EU consultancy on new energy – recently analysed the competitiveness of PV technology with retail electricity prices for commercial consumers and assessed local regulation in seven different countries: Brazil, Chile, France, Germany, Italy, Mexico and Spain. According to the study, the cost of PV generation in the commercial segment decreased in all the cities analysed in the last six months of 2013, with European countries such as Germany, Italy and Spain having reached parity with traditional electricity. However, high installation prices still remain in Latin American countries and, as electricity prices in these markets continue to drop, PV technology is still not entirely competitive against grid electricity.

The report concluded the growth in commercial solar sales is driven mainly by reduced installation prices, as well as tax shield benefits. “In countries such as Brazil and Mexico, self-consumption is being encouraged by an effective regulatory mechanism, which allows consumers to feed their excess generation into the grid for later consumption,” explained David Pérez, a partner at Eclareon.

The report added that poor regulation can hinder the solar market. This is the case in Spain, where the latest policy changes include a fee on on-site self-consumption and allows for no compensation for the excess PV generation fed into the grid. In accordance with this, the consultancy concluded solar energy consumption will only be fostered if grid parity is combined with governmental support.

“In Italy and Germany, both at grid parity and with proper regulation, PV systems for self-consumption represent a viable, cost-effective and sustainable power generation alternative,” explained Pérez. “With subsidy-free generation from PV becoming a profitable alternative in many countries, the debate about the potential impact on revenues for DSO and tax collectors is gaining relevance.”

Across the Atlantic, several US cities have streamlined the permitting process, and fostered commercial Property Assessed Clean Energy programmes. These programmes give commercial property owners loans to install onsite renewable energy or undergo energy efficiency upgrades, and enable them to pay back these loans over a number of years through property taxes.

Profitable investment
Many firms are investing in solar projects and buying their own solar panels for roof installation, because not only does it allow for massive economic savings on electricity bills, but it also contributes to the ever-elusive sustainable image that modern-day firms are looking to achieve.

For example, Google, which, with its energy-intensive data centres, should be contributing greatly to global carbon emissions, has managed to maintain its reputation as one of the greenest companies in the Fortune 500. As part of its corporate social responsibility policy, Google has been investing heavily in renewable energy technology. Earlier this year, the tech giant set up a $75m fund for the installation of solar panels in 3,000 homes in California, Colorado and Arizona, in addition to investing $168m in a major solar project in the Mojave Desert and a $94m investment in four other solar projects.

Google claims to have been carbon neutral since 2007 and has reduced emissions by nine percent since 2011. In actual terms, the firm is emitting less carbon per million dollars of revenue for the fourth year running (meaning its footprint is growing more slowly than the business itself). This is an attractive quality for those investors looking to invest in firms with sustainable and environmentally friendly policies.

“We urge other companies to follow Google’s lead in not only investing in clean energy but also participating in reporting, to ensure that greenhouse gas emissions across businesses remain transparent,” said Mark Kenber, CEO of the non-profit organisation, the Climate Group. “As research has shown before, there is obvious investor demand for consistency of carbon disclosure among businesses,” The Carbon Disclosure Project, an international organisation, reported that investors making up a combined $87trn in assets had called for over 5,000 public companies to report on their carbon emissions this year. So it’s worth considering that going solar and cutting down on carbon emissions might not only be a financially and environmentally sound investment, but also an essential one for firms looking to attract investors and capital.