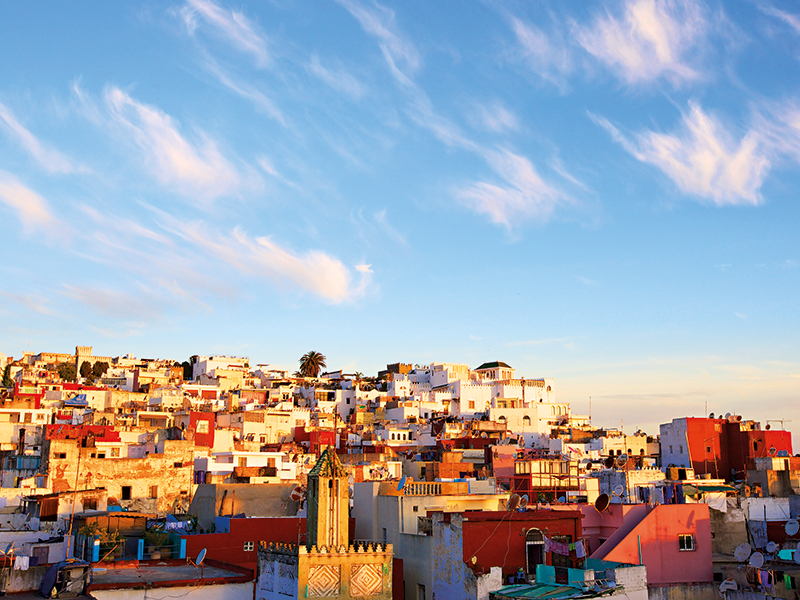 Morocco is famous for many things – its vibrant culture, sensational cuisine, distinctive designs and awe-inspiring landscape, to name but a few. In recent years, however, it has earned another characteristic to boast; Morocco is now carving a reputation for its standout investment environment. This standing can be attributed to ardent political will, as well as a strong resolve that has animated local economic operators, from entrepreneurs to banks and other participants in the investment sphere.

Naturally, a robust foundation was needed in the first place to allow a positive investment environment to burgeon. Stability at every level – economic, political and social – was essential. It also helped considerably that the country was, and remains, fully compliant with international finance standards and has a highly developed legal framework in place that ensures investors and their investments are protected.

Fouad Lahgazi, CEO and Senior Partner of KPMG (Morocco), spoke to The New Economy about the ongoing evolution of Morocco’s investment and business climate and why stability is such an important factor in the country’s development.

What steps have been taken to develop Morocco’s investment environment into what it is today?
Several political and economic policies have led the country to its current state, including the dams initiative, which saw the construction of around 140 dams across the country, and legal reforms, which started in the mid-1980s and have had a significant impact on the economy.

Finally, the government’s long-term economic and political strategies have led to the achievement of many objectives, such as the development of clean energy in solar and wind power, the growth of the automotive and aeronautic industries, and the establishment of large road and port infrastructures.

Since Africa’s economy was opened to Morocco, numerous important agreements have been concluded with the majority of the continent’s countries. These developments have made Morocco an African hub for numerous economic activities.

What challenges had to be overcome so that Morocco could become a successful investment environment?
It would be untrue to say that Morocco has overcome all the challenges that it faced in the past. That said, many obstacles have been overcome. The old legal framework was updated for all sectors, from tax to real estate and finance.

The main challenges related to the industrial, tourist and agricultural sectors have either been overcome or their development strategies are ongoing. For example, the industrial sector has developed thanks to the introduction of sophisticated facilities, such as the Renault plant in Tangier, the upcoming Peugeot plant in Kenitra and the Bombardier plant in Casablanca. In terms of agriculture, production is being optimised through the Maroc Vert (Green Morocco) plan, which aims to modernise and enhance local production.

Finally, the tourism sector is being developed by the Vision 2020 strategy and other local policies that are aimed at developing local tourism and significantly increasing the number of tourists visiting Morocco. This is not to mention the Casablanca Finance City Authority (CFC), which is committed to becoming an African beacon in the finance sector.

Which challenges does KPMG (Morocco) continue to tackle?
KPMG (Morocco) is a member firm of the KPMG network and consequently benefits from worldwide support in all the activities and functions managed locally, including audit, advisory and tax. The opening of Morocco to foreign investment is a perfect opportunity for our practice to start assisting foreign investors.

As with every audit and advisory firm operating in a fast paced economic environment, KPMG (Morocco) has high standards to uphold; the most important of which is serving clients promptly while maintaining a high level of quality. However, this is part of our daily business, and KPMG (Morocco)’s 12 partners and more than 120 highly qualified professionals have the expertise to meet all of our clients’ needs.

Why is Morocco’s stable economic growth so important for foreign investors?
When making investment decisions, every investor must consider risk and profitability – this is true even when operating in a stable country. Fortunately, Morocco’s legal framework protects investors by guaranteeing the recovery of investments and related profit.

In addition, Morocco is affiliated with the most important international organisations across the world and has signed major international agreements, which range from human rights to tax and environmental treaties, making it easier for investors to have confidence in the Moroccan economy.

What is Morocco’s business climate like at present and how is it continuing to improve?
Morocco is known as a resilient economy during crises. This is mainly due to the fact that Morocco’s stock exchange market is not entirely linked to international markets, which can be seen as both positive and negative. This meant the global financial crisis didn’t have a direct impact on Morocco, yet the country is still able to benefit from international market booms.

In banking, there was a boom in investments between 2008 and 2010, which amounted to more than 30 percent of total foreign investment. In the following years, this has settled to around 10 percent.

From which countries does Morocco receive the most investment? Why is this the case?
Due to its historical relationship with Morocco, France is still the country’s biggest foreign investor, followed by the UAE and Saudi Arabia. Even though the English language is most frequently used, French remains the second language of most citizens and also the business language in Morocco, which facilitates France’s access to the Moroccan market.

How have the country’s regulatory and tax frameworks improved in recent years? How has this affected the economy?
In the mid-1980s, Morocco began an overhaul of its legalisation, which covered areas including commerce, financial institutions and stock exchange law. It also revised the entire taxation framework and introduced a new tax code.

Significantly, the global homogenisation of tax laws, and Morocco’s subsequent reforms, have clarified existing rules. Furthermore, the Moroccan Tax Administration introduced its electronic tax return system, which allows companies and taxpayers to simplify their tax returns and the payment process.

Morocco is also subscribed to the OECD and has a national contact point represented by the Moroccan Investment Development Agency. In addition, as the partner of non-double taxation agreements, Morocco subscribes to numerous international tax frameworks and provides guarantees to its foreign investors.

What can we expect in terms of further investment in Morocco in the years to come?
At present, there are various large projects and economic strategies in place that aim to enhance and increase foreign investment. Rather than the classic industrial or real estate sectors, Morocco has great potential in technology production and financial services; these two sectors are in line with existing local strategies like Maroc Digital 2020, as well as the Casablanca Finance City development.

It is true that investment always seeks profitability, but when profitability is coupled with clear and sound rules and a safe economic environment, it is the perfect recipe to attract capital. We are confident that our country will attract more investors and more capital in the years to come; the challenge is to develop the right activities and sectors for a win-win partnership with both current and future investors.