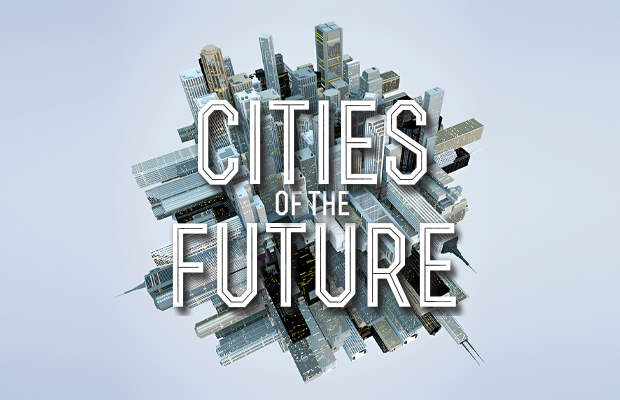 There has been a significant move by multinational retailers towards emerging economic regions, but a number of countries – termed the ‘hidden heroes’ – have been growing fast and under the radar. New research by Deloitte and Planet Retail has produced a list of the 10 most promising -tier two- cities: capitals or large urban sprawls that offer promising retail opportunities for companies looking to grow.

The report says: “Each of these markets merits attention from the world’s retailers for one reason or another. In some cases, it is simply a very large population, in others it is strong economic growth, and for others, it is openness to foreign investment by retailers.” It goes on to say: “When global retailers look at new markets, it is not so much countries that they investigate as it is urban centres.”

Room to grow
It is not enough to merely have a rapidly expanding populace; it is the quality of that growth that will interest investors the most. Growing middle classes, the GDP per capita compared to the rest of the country, disposable incomes and infrastructure are all significant factors that will affect an investorís decision to move into an emerging city.

There is a wealth of information about tier one cities in emerging markets, but often the most promising opportunities are beyond the obvious choices. Setting up business in Shanghai is expensive and competitive, so retailers are looking to cities with untapped potential, such as Chongqing.

The report says: “Now that retail modernisation is well along in the primary cities, there is an opportunity in the second tier, especially as economic growth is likely to be stronger there than in the centre.”

South East Asia, Western Africa and the Andes region of Latin America have all been experiencing robust growth, and are forecast to continue outdoing some of their more high-profile neighbours. Peruís economy, for instance, expanded around six percent in 2012, when Brazil only managed to grow by a meagre 1.6 percent over the same period.

Drawing investment
Many of the countries listed in the report have recently benefited from healthy domestic policies designed to attracted foreign investment and develop infrastructure. Because of such policies and investments, these cities are also likely to have high incomes per capita ñ usually far superior to the rest of the country.

When it comes to retail, the biggest draw is the income of the population, and how much of it they will be willing to spend. The report says: “As these countries develop, and as there is continued migration from rural to urban locations, the cities will expand in population quicker than the country, and incomes will likely grow faster as well.”

The cities listed in the report have big growth potential, solid industry or developing service economies guaranteeing optimistic prospects for the growing retail sector. This provides the opportunity for multinational brands to expand into new regions, but also often offers a chance to back promising local enterprises.

Modern retail infrastructure is already in place in these urban centres. While it may be difficult at first to compete with established and beloved brands, there is usually a thirst for diversification and a degree of curiosity that will make for promising returns.

The purpose of the Deloitte survey was to shine a light on cities that have often performed well financially and economically, but have failed to attract the attention of the international media and investors. The cities featured on the list are more attractive in terms of competition than more established areas and can be perceived as untapped reserves – which is good news in the oversaturated retail universe

01 Ho Chi Minh City
The city formerly known as Saigon is home to around six million people. Though that’s only about eight percent of Vietnam’s entire population, the city accounts for approximately 20 percent of the national GDP. A resident of Ho Chi Minh City has a per capita GDP almost three times higher than the average national – which makes the city an attractive retail hub. Vietnam has been experiencing formidable growth and its well-developed tourism industry also offers retail opportunities.

02 Jakarta
Indonesia as a whole has been experiencing rapid economic growth over the past few years, partly because of government policy. The capital, however, boasts a per capita average income of around $10,000 – over twice as much as the average in Indonesia. Jakarta is also experiencing a boom in its middle classes and has a small but significant number of wealthy households. As such, the capital as a whole has a relatively high level of spending power.

03 Bogota
The capital city of Colombia has changed drastically in the past decade. Over the years, the city has seen an intense influx of migrants trying to escape the drug-related violence of the jungles. The capital’s economy has consistently grown faster than Colombia’s overall economy. This is in part due to the city’s population boom and it being a hub for trade. However, the Deloitte report also cites the “considerable investment [made] in modern retailing”.

04 Chongqing
It is of little surprise that the most populous city in China is rife with retail opportunities. Though the urban core has a population of only seven million, the administrative area around it has as many as 28 million inhabitants. The city has grown into a regional economic hub (but, as in most of China, local retailers still dominate the trade). Chongqing also benefits from the government’s policy of shifting resources away from coastal urban centres, so robust economic growth has become the norm

05 Kolkata
Kolkata, though a major city in India, has not so far benefitted from the kind of media and foreign investment that the likes of Delhi, Mumbai, Bangalore and Hyderabad have enjoyed. However, as the city begins to experience healthy growth, opportunities for retail abound. The city still lacks modern retail investment, but, as its residents are lifted out of poverty, there is likely to be a boom in spending power and a greater attraction for such investment to be made.

06 Manila
Though Manila, a metropolis of 22 million people, is plagued with urban problems like traffic congestion, pollution and inadequate public infrastructure, its economic growth prospects look good. The city has benefited from national economic policies and has a young population. International investors favour the city because of the large number of English-speaking workers. There has already been substantial investment in the retail sector and the city has some of Asia’s biggest shopping centres.

07 Lima
Peru is the fastest-growing economy in Latin America, having expanded by around six percent in 2012. The capital, Lima, accounts for roughly 60 percent of the national GDP. The IMF has estimated that Lima’s per capital GDP is roughly double that of the rest of the country, which makes it a very attractive retail centre. Most affluent and middle-class Peruvians live in Lima, and the city is experiencing a remarkable shift away from street markets and small retailers towards shopping centres and other modern retail venues.

08 Nairobi
The capital and commercial centre of Kenya, Nairobi has much to offer. Though Kenya is primarily a rural nation, the capital’s population has a much higher level of wealth. The city has a tradition of trade and is the East African home of many international companies, manufacturers and agencies. As the Kenyan economy continues to grow healthily, Nairobi will inevitably benefit the most. The city is already a hub for mobile technology and there has been some modern retail investment in the past few years.

09 Lagos
Lagos may no longer be the capital of Nigeria, but it remains the country’s most important city. It is still the commercial capital and its centre of wealth, and the city’s per capita GDP is about 60 percent higher than that of the rest of the country. Strong economic growth is also on the horizon as increased investment in oil and other industries – and schemes like the Central Bank’s move toward transforming Lagos into a cashless society – opens up significant opportunities for multinational retail investment.

10 Yekaterinburg
Yekaterinburg is one of 13 cities in Russia with over a million inhabitants, but it stands out as a hub for innovation, learning and research. There are 16 state universities and countless private research institutions. It may be no surprise, therefore, that the city has a largely well-educated and skilled population. However, the city is also a major manufacturing centre, and as such the retail sector is dominated by national chains. Despite this, the infrastructure and appetite are ripe for foreign investment.