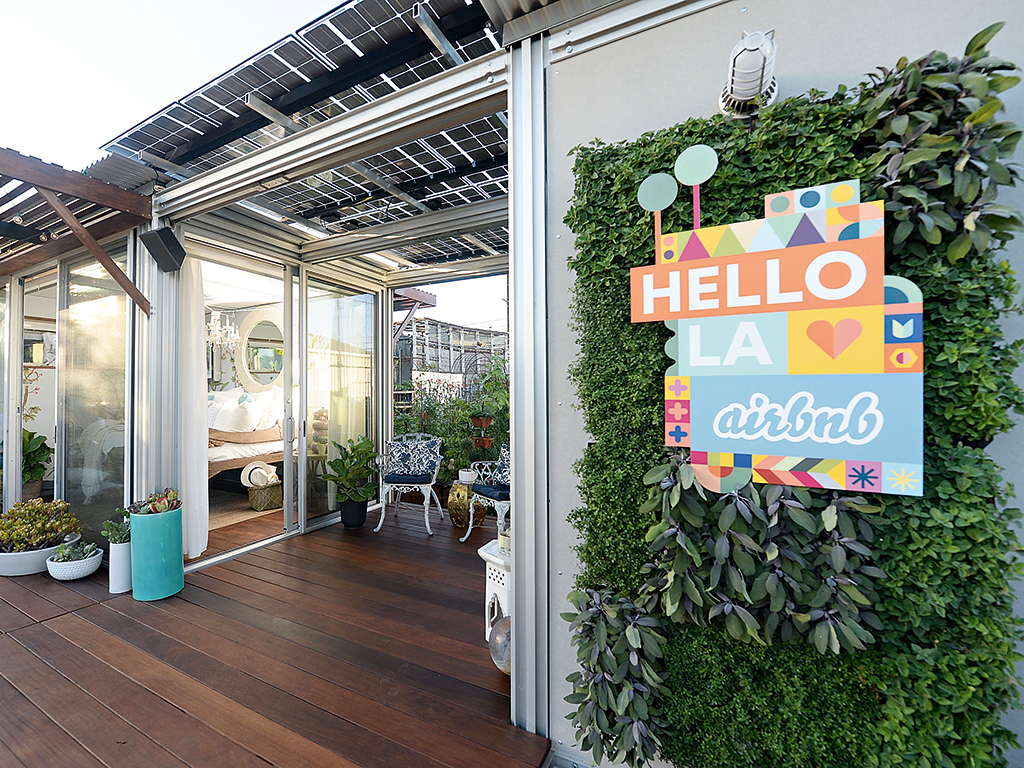 Sharing applications such as Airbnb, Lyft and EatWith have cut into the profits of traditional service industries and reshaped conventional economic and business models

The emergence of peer-to-peer sites such as Airbnb, Lyft and EatWith has been one of the more intriguing web developments of the last few years. These companies are overhauling the traditional concept of business versus consumer by enabling anyone to offer up their apartments, cars or culinary skills in return for cash.

What began as a niche sector, brushed aside by sceptics, has blossomed into a whole industry. There are over 9,000 companies in on the game, according to Mesh, a directory for the sharing economy. With everything from peer-to-peer money lending to lift sharing now available, consumers have a whole new world at their fingertips and it’s sending shock waves across the globe.

PwC estimates five sharing economy sectors alone could generate a whopping $335bn in revenues between them by 2025. And, according to Nielsen, there’s high demand for the collaborative economy – especially in emerging markets, where it’s tipped to accelerate growth by giving consumers access to services they couldn’t traditionally afford.

Advocates claim the sharing economy is creating a stronger sense of community while cutting back on waste. Among the supporters is Shervin Pishevar, venture capitalist and peer-to-peer investor: “This is a movement as important as when the web browser came out”, he told Forbes. Time meanwhile ranked the sharing economy among its “10 Ideas that Will Change the World”. The benefits are several, and could spell trouble for traditional businesses and economic models.

Rupturing tradition
The biggest change from traditional structures is the breakdown in the distinction between companies and customers, with peer-to-peer models giving consumers the opportunity to become businesspeople on a part-time, temporary and flexible level; whether by renting a pet-friendly room to a pooch-lover via DogVacay or offering up a neglected driveway via Parking Panda. Knocking down that consumer-producer wall is something social media has already, in part, achieved (with customers playing a more important role in marketing than ever before, for example) and the sharing economy seems a logical culmination of that gradual shift.

But it could mean bad news for traditional businesses that fail to adapt, according to Josh Goldman, Global Leader for Shopping Measurement at Nielsen. “These companies are creating new economic value and disrupting current established industry players”, he says. Lisa Gansky, author of The Mesh: Why the Future of Business is Sharing, agrees: “There is a massive shift occurring and I believe all industries will be or are already being affected.”

The impact of Uber on the traditional taxi industry is already evident: in San Francisco, for example, taxi usage has plummeted by around 65 percent, according to Kate Toran of the city’s Municipal Transportation Agency (Engadget reported), while, in New York, shares in Medallion Financial Corp – which lends money to the famous yellow New York taxi operators – have tumbled almost 30 percent in a year as demand for the traditional taxis has plunged, according to Andrew Murstein.

Cheaper, more efficient markets
The potential impact of peer-to-peer accommodation sites such as Airbnb on the hospitality sector has meanwhile sparked further attention. In a report, researchers at Boston University estimated that every 10 percent rise in Airbnb supply in Texas caused a 0.35 percent drop in monthly hotel revenue – equivalent to a fall in revenue of over 13 percent in Austin. They also found hotels had cut their room rates as a result of pressure from the lower peer-to-peer prices appealing to cash-conscious consumers.

As well as offering more affordable services to consumers, collaborative models are also arguably more resilient. While hotel supply is limited and any increase involves large-scale work, peer-to-peer accommodation is agile, its space limited only by the willingness of people to offer up their empty rooms. As Gansky points out, the world’s largest hotel chain, Intercontinental, offers only 65 percent of Airbnb’s current capacity. It’s clearly working: according to the UK Economic Impact Study, Airbnb generated £502m in economic activity in the space of a year in the UK, and over 30 million people across the world have rented a room through the site.

“People are attracted to this peer-to-peer model for economic, environmental, lifestyle and personal reasons”, says James McClure, General Manager UK & Ireland at Airbnb. “More broadly speaking, the sharing economy has created markets out of things that wouldn’t have been considered monetisable assets before.” That means making efficient use of excess resources and minimising waste, especially relevant as consumers become evermore conscious of its damaging consequences. Goldman certainly agrees: “This model is creating more efficient markets, period”, he says, adding it could help establish a better supply-demand equilibrium.

Hostile opposition
But there are several issues associated with this new model, and they’re sparking widespread controversy. While Uber has provoked protests and bans across the world, peer-to-peer accommodation has kicked off a debate in New York, with public advocate Letitia James arguing: “Airbnb and the illegal hotel operators it enables are contributing to the affordable housing crisis.”

Others have concluded the lax regulation of the sharing model could do more damage than good to economies. Dean Baker, Co-Director of the Centre for Economic and Policy Research, believes peer-to-peer businesses are providing a loophole for “a small number of people… to cheat the system”. He wrote in The Guardian: “Insofar as Airbnb is allowing people to evade taxes and regulations, the company is not a net plus to the economy and society – it is simply facilitating a bunch of rip-offs.” He argued Airbnb apartments should be taxed in the same way as hotels and that they, like Uber, should be made subject to the same safety standards as regular players.

But increased regulation and taxes are likely to mean higher prices for consumers, in part defeating the object of peer-to-peer companies designed to cut costs and move business away from the hands of overbearing authority. It’s perhaps for that reason that a number of sharing economy advocates argue against regulating this new model; among them are senior research fellow Adam Thierer and his colleagues. “The key contribution of the sharing economy is that it has overcome market imperfections without recourse to traditional forms of regulation”, they wrote in a paper. “Continued application of these outmoded regulatory regimes is likely to harm consumers.”

Whether regulating peer-to-peer services is a good idea or not, these disputes need to be overcome if the sharing economy is to grow to the extent to which some have predicted it is capable. If it does – and it would seem a logical progression in a society characterised by constant connectivity – this model could eventually replace the traditional consumer-versus-provider structure. Key players must find a way to adapt effectively if they are to capitalise on its potential benefits.