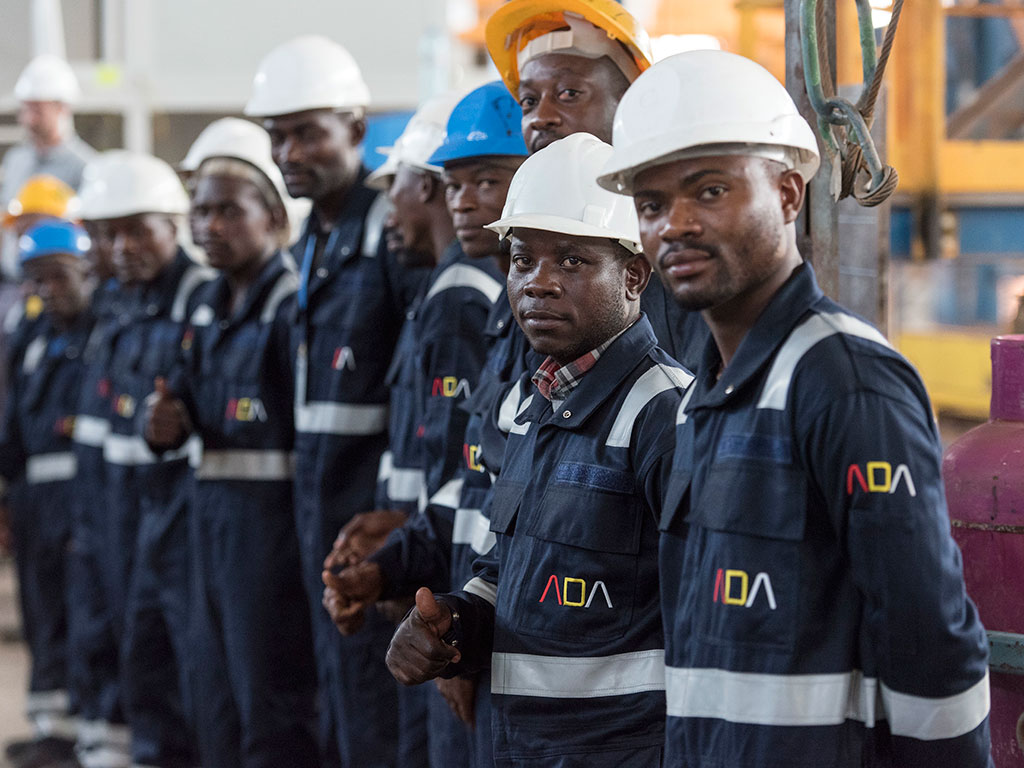 On December 15, the largest steel mill in West and Central Africa officially opened. The ADA Steel factory, which was launched by Luanda-based K2L Capital, is located in the previously neglected town of Barra de Dande, within the Bengo province of Angola. The $300m investment signifies a turning point in Angola’s afflicted history, not only with regard to economic and infrastructure development, but also in terms of a new influx of capital investment to the once war-torn country.

“ADA is part of the road to economic diversification as it will bring a new dynamic industry to Angola that is not related to the oil and gas”, said Georges Choucair, Chairman and CEO of K2L Capital. “It will also save $200m to $300m in foreign currency reserve for the Angolan National Bank.”

The mill enables Angola to be completely self-sufficient in steel

The mill enables Angola to be completely self-sufficient in steel – a drastic development when considering the state has relied solely on imports for its steel requirements. What’s more, ADA Steel is making use of remnants from the country’s protracted conflict; it plans to collect the scrap metal  littered throughout Angola and repurpose it as steel rebar for the construction industry.

Prior to the arrival of ADA Steel, Barra de Dande was a vacant area. The mill has brought with it water and electricity infrastructure, while the creation of 600 jobs has necessitated the construction of health facilities and a training centre for employees. It is estimated a further 3,000 indirect jobs will be created as a result of this communal expansion, which will have an incalculable impact on the local community. The factory is thus forming an epicentre of development in Barra de Dande and breathing life into Bengo.

With a production capacity of 250,000 tonnes a year, it is expected steel will not only become a major industry in the country, but also serve as a vital export to neighbouring states. Furthermore, given the private investment made by ADA Steel (which is the largest ever seen in Central and Western Africa) and the vast opportunities available in this underdeveloped nation, one can assume others will follow suit.It would seem Angola is at the beginning of a new chapter, one in which its citizens can benefit from crucial infrastructure and job creation, and finally put the legacy of its devastating civil war to rest.