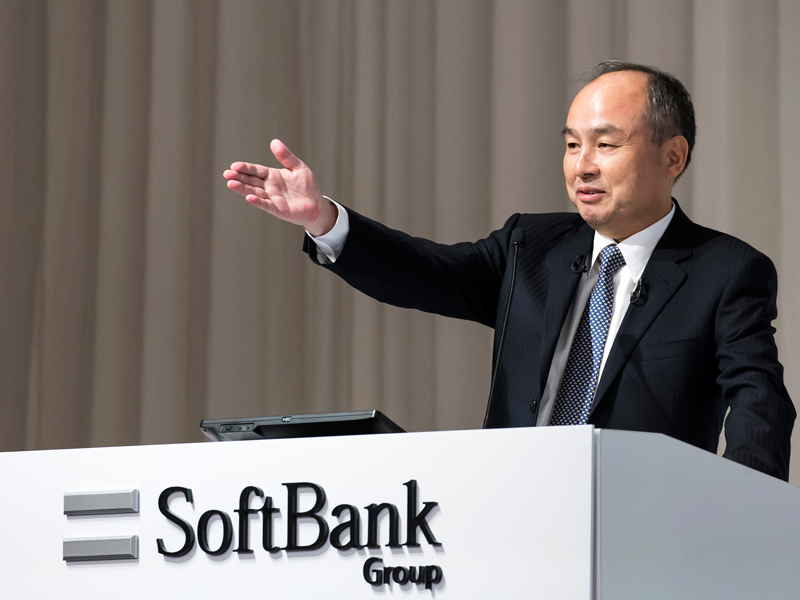 SoftBank CEO Masayoshi Son has garnered a reputation for wise investments over the years, but the recent WeWork IPO fiasco has cast serious doubts over his strategy

On November 6, Japanese investment giant SoftBank reported its first quarterly loss in 14 years, with its Vision Fund suffering a loss of JPY 970bn ($8.9bn). The huge loss shows that SoftBank has taken significant financial risks by investing in cash-burning start-ups, such as WeWork and Uber.

After WeWork’s failed IPO attempt, SoftBank was forced to bail out the start-up for more than $10bn in October

Between July and September, SoftBank reported an operating loss of JPY 704bn ($6.45bn), having made JPY 706bn ($6.47bn) in profit over the same period a year earlier. The steep loss was far worse than expected – analysts polled by Refinitiv had forecast a loss of JPY 48bn ($442m).

The damage came after SoftBank wrote down the value of some of its biggest investments. After WeWork’s failed IPO attempt, SoftBank was forced to bail out the start-up for more than $10bn in October. The valuation losses in its Vision Fund were also exacerbated by the falling share price of Uber, which lost more than $1bn in the third quarter.

Ultimately, SoftBank has poured more than $70bn into 88 companies, steadily growing its portfolio since 2008.  Its billionaire CEO, Masayoshi Son, who was an early investor in Alibaba, had previously garnered a reputation for wise investments, but the WeWork fiasco has cast serious doubts over his strategy. After the start-up’s botched IPO, Son was accused of placing too much faith in charismatic founders and pouring money into unprofitable ventures. Speaking to investors, he admitted that his decision-making had been poor. “There was a problem with my own judgement, [and] that’s something I have to reflect on,” he said after revealing the quarterly results.

The huge loss comes as SoftBank attempts to launch another $100bn venture fund. Son is expecting significant contributions from the Saudi Arabian Government, which also invested heavily in the company’s first Vision Fund. However, the latest revelations about SoftBank’s investment failings could put his plans in jeopardy.