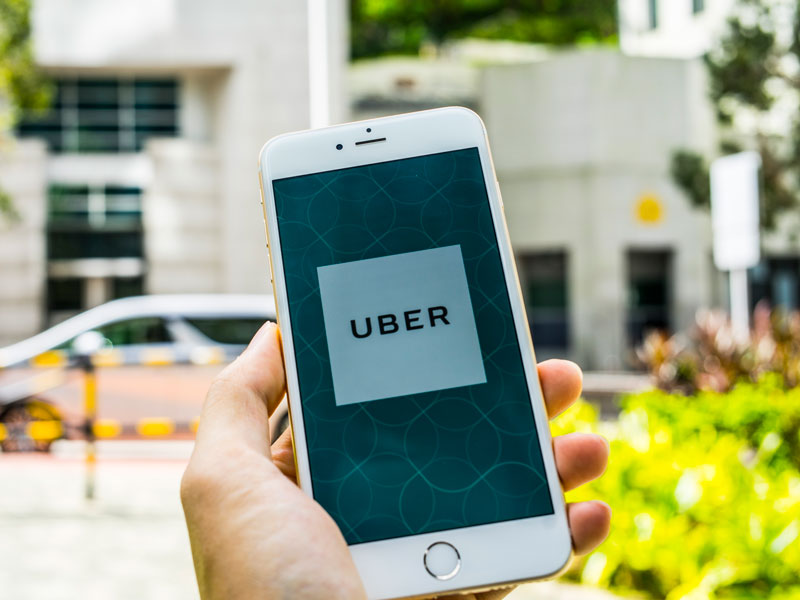 Peer-to-peer marketplaces such as Uber and Airbnb have been exploited by criminals looking to launder dirty money, hiding their activity among thousands of legitimate transactions

With the advent of online platforms came fraudulent schemes used to scam people out of their money, hack accounts and defraud internet users. The proliferation of peer-to-peer websites, online banking and cryptocurrencies is now having a huge impact on the ways criminals launder the proceeds of their crimes.

Going to the cleaners
Modern e-commerce is fuelling money laundering schemes that use legitimate websites as payment processors. This means it’s now possible to make illegal purchases online and have them appear as lawful transactions on your bank statement.

‘Dirty’ money moves straight to online merchants, who funnel it through other legitimate payment ecosystems for criminal purposes such as financing terrorist activity.

Last year, it was alleged that an ISIS operative in the US had pretended to sell computer printers on eBay to move money. The operative received payments for these transactions from overseas accounts via PayPal.

Peer-to-peer marketplaces
Some of the internet’s biggest marketplaces are now being exploited by money launderers thanks to their online payment systems, ease of use and huge global adoption (which allows criminals to hide in plain sight among thousands of other users).

News sources revealed that online Russian forums were linking criminals with corrupt hosts, allowing them to quickly and easily launder funds, in many instances across borders. No one ever stays in the advertised accommodation and fake reviews give the illusion of real transactions having taken place.

A similar scheme was recently discovered, with fraudsters laundering their criminal proceeds through fake Uber transactions. Here, middlemen use stolen credit cards to book ‘ghost rides’ – rides that never actually happen – with complicit drivers. The middlemen and drivers take a cut, leaving the rest of the now-laundered money with the client.

The ease with which this can be done is testament to the difficulty of policing thousands of peer-to-peer transactions across multiple territories. The current systems, put in place to monitor transactions and flag suspicious activity, simply aren’t stringent enough to spot these types of cons.

Social media scams
A number of recent reports have highlighted that social media is increasingly being used to recruit young people as money mules, often without them realising this is the case. The annual report from fraud prevention body Cifas found that the number of 14- to 24-year-olds allowing their bank accounts to be used to move the proceeds of crime hit 32,000 in 2017, a 27 percent increase on the year before.

Young account holders are lured into the schemes through images of people enjoying expensive lifestyles, promoted on social media. Social media is increasingly being used to recruit unwitting mules through offers of ‘make money quick’ schemes or fake job offers. WhatsApp is a known communication method used by criminals to contact would-be victims.

Scale of the issue
Laundering money through online platforms is attractive to criminals for its simplicity, speed and low cost, as well as its global reach. Using these platforms, there is no need to create a fake business or other identities, and no goods need to be moved to maintain the illusion of legitimacy.

Online money laundering is only set to grow. Worldwide retail e-commerce sales are estimated to top $2.2trn annually, providing greater scope for criminals to conceal their laundering activities among high volumes of legitimate transactions. Likewise, the rise of cryptocurrencies and alternative payment platforms raises well-documented concerns about how such technology will make untraceable money laundering easier.

The solution is digital
The ever-expanding digital world is opening new avenues for criminals to launder their money in different and creative ways. But just as technology is supporting money laundering, it is also the solution to the problem. Technological developments that monitor transactions are helping to identify suspicious patterns amid the noise of legitimate payments and interactions.

Big data analytics is being used by contextual monitoring software to make links between transactions and parties, across internal and external third-party data sources. The aim is to place each transaction into a wider context. Only by looking at this wider network can companies gain a full view of their customers and identify unusual and illegitimate transactions consistently and accurately among thousands of genuine interactions.