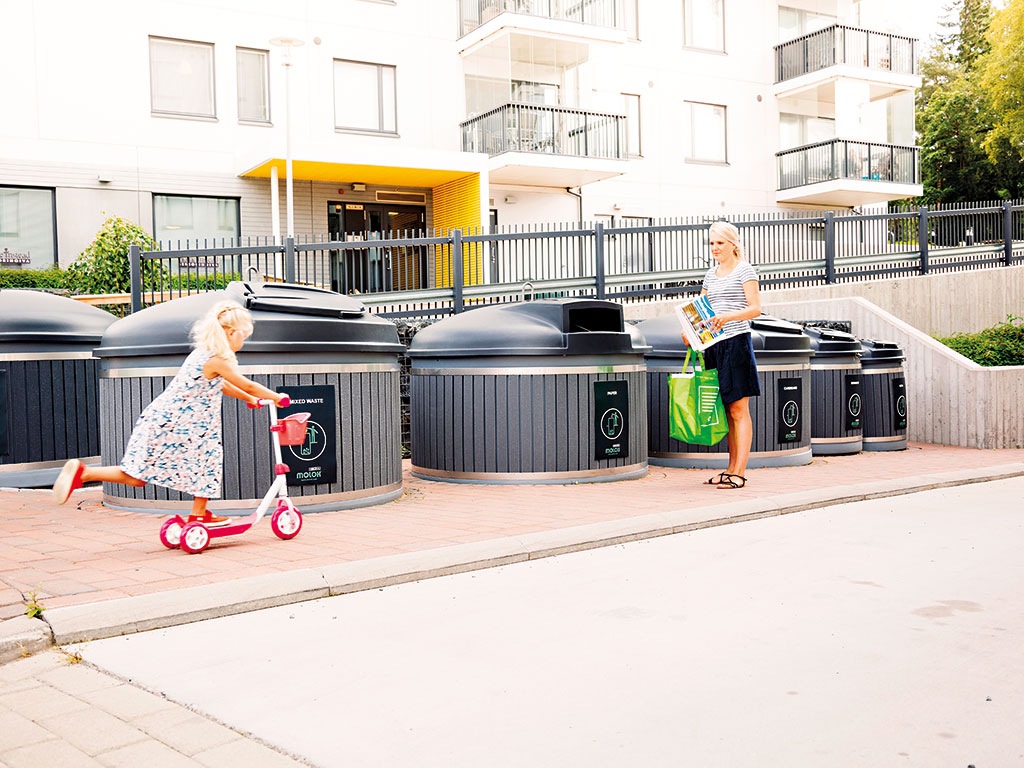 Waste disposal is an escalating challenge that continues to afflict society, with no sign of abating. Landfills are filling at a rapid pace, rising in number and taking up invaluable space that simply cannot afford to be wasted on waste. Likewise, refuse continues to burden local government authorities, drawing considerable resources for collection, organisation and disposal. Aside from the fiscal drain, myriad impracticalities exist. For instance, our current system causes a near-permanent stench in the streets of many world cities, which is detrimental to business as well as residential quality of life.

Despite the vast sums ploughed into waste management, a viable alternative to the status quo still does not exist. Even with this being a communal problem that affects every single country in the world, we are still – in some respects – living in the Stone Age.

New approach
The main purpose of waste management is to keep the micro and macro environment clean, thus preventing the spread of bacteria and disease, while also reducing pollution levels. In terms of basic human requirements, it sits just behind the need for shelter, water and nutrition. Though developed countries have seen some progress in terms of recycling, many nations still endure insufficient waste facilities – or a total lack of them – due to financial constraints.

In order to progress and develop, we need an alternative system. Of course, this requires an innovative, forward-thinking approach that is not focused on the bottom line, but instead makes the environment the primary concern.

Thankfully, Finnish waste management specialist Molok has a solution that fits this bill. Molok’s system uses gravity to do most of the work and reduces the number of collections by more than 50 percent, while completely eliminating the unpleasant odours usually so
inextricably linked to waste.

The Molok system for waste disposal was originally developed in the 1980s, with the company itself being officially established in 1991 in Nokia, Finland.

New wave
Traditional waste collection started with small bins that were collected daily or, at the very least, weekly. Then things developed to cope with population growth, with bins becoming bigger and more mobile. Next came the wheelie bin, a contraption that is still used to this day by millions of households around the world.

“In all cases, these developments have always been on the surface of the land, no matter what size”, explained Veikko Salli, inventor of the Molok system and founder of the company. “Before I came up with the idea for Molok, we had a horizontal capacity waste container for our new hotel that simply did not work. When the waste container was even just partly filled, much of the waste spilled and would be left scattered around the yard. The basic idea I had came from a well, but the next challenge was to work out how to empty it. It took years to develop a bag that could be emptied through a bottom that opened.

“Deep Collection is what we called the method used for Molok containers, and we were the first to use this phrase in English. Molok Deep Collection is a new method of waste collection that is now being introduced around the world.”

So successful is the Molok model that many have tried to imitate it. “As a company, Molok is actually quite small compared to the scope of its brand name”, said Salli. What sets the company apart, however – aside from being the inventor of the technology – is its continual commitment to innovation, both in terms of improving current methods and products, but also in terms of creating new solutions.

“Currently, we are investing in the Internet of Things, and different types of electronic devices that can be used with Molok containers to further help our clients”, said Salli. “That said, we only focus on Molok Deep Collection products and do not venture into other areas, like so many of our competitors do, so that we do not dilute our focus and core objectives. At Molok, there is a real atmosphere of wanting to figure things out and solve problems, instead of merely manufacturing a product.”

Waste wealth
Obviously, there is a technological lag between the progression of waste management and that of society as a whole. This problem is compounded by the vast sums of money that are made from collection, and even from recycling. Our current methods, though inefficient and insufficient, suit those enterprises involved in the process. Regular collection means regular pay, while endless volumes of waste mean an endless demand for landfills, incineration and recycling.

“When it comes to the business of waste management, an important thing to understand is that most set out to make as much profit as possible from each tonne of waste – that’s always the goal. And that’s why recycling can sometimes have ugly adaptations, which actually cause greater damage to the environment”, said Salli.

Traditional systems are designed to suit heavy truck access for collection, but that does not necessarily mean they are easy to access for the people who use them. Another difficulty is having enough capacity to carry out a sufficient number of regular collections, given sprawling urban populations and escalating societal demands. While both challenges spell trouble for current systems and local governments, they inevitably translate into more business for industry players.

“At Molok, we are always thinking of how to work for the environment, as opposed to against it. With this objective at the core of everything we do, all the design rules we have originate from the laws of nature.” Specifically, Salli refers to the law of gravity. With his technology, gravity acts as a waste compressor, aided by the vertical capacity of the Molok system. However, space is only one piece of the puzzle. Having a convenient and effective point for collection is crucial as well. For this reason, Molok stations are both easy to locate and easy to use for people of all ages.

True sustainability
As the major component of Molok systems is a basic well, which is never moved, it has a very long lifetime. “Even after 25 years of experience with the Molok system, its endpoint is still a question mark”, said Salli. The system is far more environmentally sustainable than conventional alternatives, particularly as the typical lifetime for wheelie bins is around five to seven years.

Given today’s mounting demand for space in and around living areas, an investment in Molok systems generates a swift return, given that it offers more space for car parking, children’s playgrounds and green spaces, among many other things. “Nowadays, when it has become both necessary and possible to locate more capacity for housing, waste collection traffic can actually be reduced – many times by half, or even less.” Moreover, as the containers themselves are never moved, landscaping can be carried out around them, making areas more green and attractive. Finally, due to their partly underground structure, Molok containers are not affected by storms – a weather occurrence that is increasing in frequency worldwide.

Finland’s capital, Helsinki, which was rather slow in adopting Molok containers, started using the system in 1999, some nine years after it was first proposed. Then, in 2011, Helsinki introduced a new rule regarding how often Molok containers must be emptied: simply, “when it is full”.

Waste as we know it is not going to disappear any time soon – it is part of our lives, and its management is necessary in any functioning society

Given the success it has had so far, Finland has now moved on to introducing recycling points using Molok technology as well. “When developing recycling in many areas, we have found that it is important to start with places that are big enough for mixed waste collection, as they are also suitable for the location of Molok bins for paper, metal and glass. This makes it far easier for people that live in the area to bring their recyclables there”, Salli explained.

Challenges ahead
Molok’s growth has been driven by the fact that end users invariably like the system. That said, there are still numerous political and practical hurdles to overcome before such a revolutionary system can spread worldwide. In the meantime, Molok is working on new ways to solve existing issues, whether through adapting products to suit a particular environment, or through tweaking business models so they work best in each individual area.

“Different countries not only have different circumstances, but cultural differences also present a challenge”, Salli said.“Our approach is to first gain an understanding of the country in question. This means that our employees spend time in that particular country to find out more about the current circumstances there. Then, it is important for us to have a local partner who knows the market intimately, and is already involved in or connected to the industry there. Depending on the country and the situation, we deal with the local partner and either export directly with a distribution partner, set up a Molok-owned distribution centre in collaboration with a partner, or enter into a licence agreement with the local partner who then manufactures the product in the country.”

Waste as we know it is not going to disappear any time soon – it is part of our lives, and its management is necessary in any functioning society. As such, it has changed little over many decades, particularly when compared to the technological progression that has taken place in almost all other facets of life. Finally, however, the future of waste management has also arrived. Due to the way the Molok system is designed, odour is practically non-existent, while valuable space is freed. In this way, it benefits the environment, local governments, residents and businesses. Times have changed, and so has society. There is no longer any reason for waste management to remain stuck in the past – the technology exists, and we need only learn to embrace it.