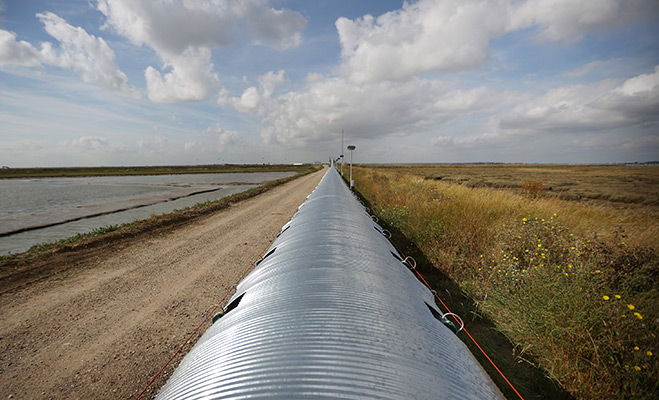 As countries with sluggish economic growth look at the ways they can kick-start their economies, many experts talk of the sort of New Deal-style infrastructure spending that US President Franklin D Roosevelt implemented during the 1930s that propelled the US out of a depression.

However, choosing the right type of infrastructure project is often down to politicians with grand ambitions of a legacy, and seldom do they choose well. Frequently, politicians choose projects that are extremely high profile and expensive, but neglect the practicalities of what their country actually needs. No more obvious is this apparent than in the touting of high-speed rail projects.

Wrong track
Rail enthusiasts have long called for a network of a high-speed rail as a solution to the growing discontent over air travel’s impact on the environment, while other proponents say it could help drive struggling economies out of recession. However, the costly, time-consuming, community crushing infrastructure projects have many detractors.

Popular across China, Japan, and mainland Europe, and particularly in France, high speed rail has for a long time been the pet projects of politicians desperate for some sort of grand legacy, while proving deeply unpopular with those that would be faced with the upheaval in their constituencies that could bring about voter disgruntlement.

The British government, off the back of plans by Labour’s former Transport Minister Lord Adonis, plans to build a new high speed rail network that stretches from London to the north of England, hoping to bridge the wealth gap that exists between the two regions through increased trade. While it would be nice – in a slightly misguided, romantic way – to see the pioneer of rail transport catch up in the technology stakes with its rivals on the continent, a compelling argument for its financial benefits has yet to be made by high speed rails proponents.

Planning squabbles in affected areas are set to rumble on for years, while the cost, at £33bn, is extraordinarily high considering the fact that the UK is currently fumbling its way through a recession. The planned opening of the first phase, between London and Birmingham, would also not happen until 2026, with the next stage, a twin-spur up to Manchester and Leeds, opening eight years later in 2033. In contrast, China could probably build a similar link in a couple of years.

The UK doesn’t need high speed rail when it already has an extensive, if creaking, rail network built by the Victorians. It even has a considerable amount of disused rail lines decommissioned after the Beeching Report of the mid-1960s that could potentially be reopened to help ease overcrowding and get people off the roads. Lord Adonis has, despite being out of government, remained a vocal cheerleader for a scheme he helped dream up.

While the country undoubtedly needs an increase in infrastructure spending to help kick-start growth, paying for something that is little more than an expensive vanity project seems an ill-thought out move.

Elsewhere, there are continued calls by Mayor of London Boris Johnson for a new hub airport in the Thames Estuary; a ludicrously expensive and over-the-top scheme that would do nothing to address airport capacity issues in the short and medium term, but a lot for the Mayor’s considerable ego.

Other parts of the world have similar experiences with major infrastructure projects. In the US, the Governor of California, Jerry Brown, has been a strong supporter of constructing a high speed rail route between San Francisco to San Diego, helping to alleviate the pressure on the existing road networks and tempt people off polluting planes.

Again, however, there has been plenty of opposition, with critics arguing that the apparent $80bn cost to the taxpayer far exceeds the potential benefits, with the completion date not until 2033. Governor Brown has also been accused of pursuing a legacy project that would help him step out of his father, former California Governor, Pat Brown’s considerable shadow. Pat Brown was, after all, the man who shaped modern California, with massive spending on water-resources and education in the state.

Honesty
Governments need to be honest when talking about infrastructure projects. High profile schemes like high speed rail might seem attractive to politicians, as they reflect a tangible, visible investment in jobs and the modernisation of a country’s infrastructure. But sometimes they are unnecessary and costly.

Instead, governments should look at steering investment towards unglamorous projects that may not be quite as visible to the public, but will ensure the country is up to speed with the rest of the world. The UK, for example, is crying out for investment in a proper high speed broadband network that will connect the entire country to the web, while updating the country’s ailing, and increasingly dependent energy infrastructure must be a priority.

Another key area, often neglected, is that of higher education and the research that will help drive innovation in the future. This is something the elder Governor Brown realised in California, helping to transform the states’ universities into a hub of high ended technological research. By way of contrast, the British government has been criticised recently for its funding for higher education and research.

Politicians are always keen to talk up expensive projects that will cement their names in the future, safe in the knowledge that they won’t have to pay for it in the meantime. More practical planning and less political posturing would go a long way to creating the long-term benefits countries like the UK need.