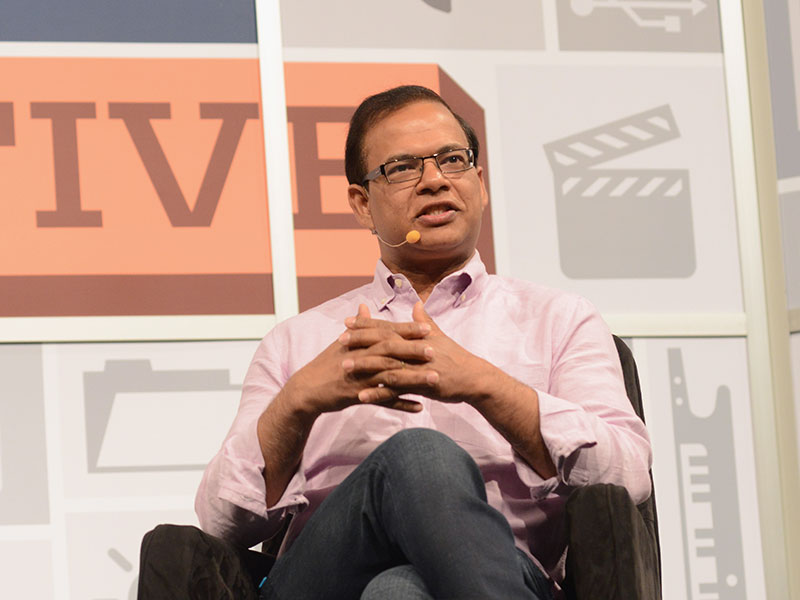 Amit Singhal, who headed up Google’s search operations, reportedly left the company in 2016 after a female employee claimed he had groped her at an off-site event

Amit Singhal, a former senior vice president at Google, was awarded an exit package worth as much as $45m after being forced to resign from the company amid sexual harassment allegations, according to court documents released on March 11.

Singhal, who headed up Google’s search operations, left the company in 2016 after a female employee claimed he had groped her at an off-site event, according to a report by The New York Times. An internal investigation found that Singhal had been inebriated at the time, concluding that the employee’s account was credible, the court documents stated. Singhal has not yet responded to The New Economy’s request for comment.

At the time of his departure, Singhal said he wanted to focus on his philanthropy, a claim that was substantiated by Google’s Leadership Development and Compensation Committee. In a statement to the Associated Press in 2017, Singhal further claimed he had not been accused of harassment and had left Google on his own terms.

Details of Singhal’s exit package were revealed as part of a shareholder lawsuit filed against Google’s parent company, Alphabet, in early January. Previously released documents had been redacted, but full versions that include quotes from Alphabet board committee meetings have now been made public.

The documents reveal that Singhal received two $15m payments and another payment of between $5m and $15m as part of his separation agreement, meaning his total payout could have reached $45m. Singhal reportedly did not receive the full amount, however, as it was contingent on him not working for a competitor, a clause he violated when taking a role at Uber. According to the court documents, Singhal was fired by Uber in February 2017 for failing to disclose the allegations of sexual harassment against him.

The shareholders brought the legal action against Alphabet’s board members for their “active and direct participation in a multi-year scheme to cover up sexual harassment and discrimination at Alphabet”. Plaintiffs said that, by concealing and agreeing pay packages for those accused of misconduct, the board had caused significant financial and reputational damage to both Google and its parent company.

Singhal is the second executive to receive a substantial payout after departing Google amid sexual harassment allegations. The first, Andy Rubin, was awarded a $90m severance package after he was accused of sexual misconduct dating back to 2013.

According to an investigation by The New York Times, Rubin was accused of coercing a fellow Google employee into performing sexual acts on him in a hotel room in 2013. Google carried out an internal investigation and found the allegations to be credible.

Court documents also allege that Rubin engaged in human sex trafficking while at Google, notably by “paying hundreds of thousands of dollars to women to be, in Rubin’s own words, ‘owned’ by him”. Rubin has maintained that these claims are part of a smear campaign by his ex-wife to sully his name amid a divorce and custody battle.

We’re now aware of TWO multi-million dollar Google payouts to sexual harassers. The known total? $135M. Tomorrow, use the hashtag #GooglePayoutsForAll to join us in highlighting other ways that money could have been used. #GoogleWalkouthttps://t.co/mosn4iYhyH

In total, Google is reported to have approved severance packages worth $135m to the two executives accused of sexual misconduct. A Google spokesperson told The New Economy: “There are serious consequences for anyone who behaves inappropriately at Google. In recent years, we’ve made many changes to our workplace and taken an increasingly hard line on inappropriate conduct by people in positions of authority.”

Reports of how the tech giant had handled accusations of sexual harassment by Rubin and other senior executives sparked a mass walkout by Google employees in November 2018. In a tweet on March 12, the Google Walkout for Real Change organisers launched a new campaign in response to the latest allegations, calling on its Twitter followers to “use the hashtag #GooglePayoutsForAll to join us in highlighting the other ways [the $135m] could have been used”.