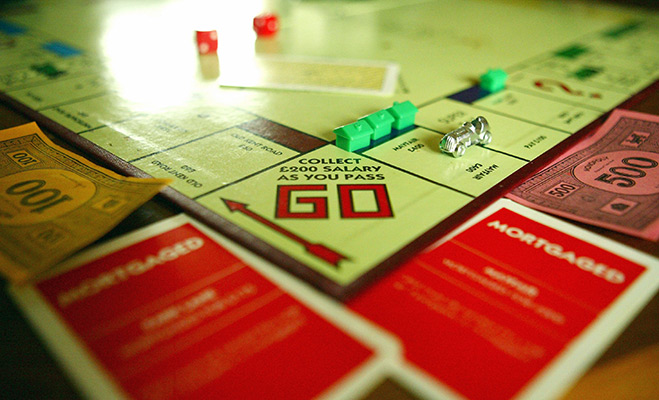 Many economists are advocating regulation that would make banking ‘boring’ and uncompetitive once again. After a crisis, it’s not uncommon to hear calls to limit competition. During the Great Depression, the head of the US National Recovery Administration argued that employers were being forced to lay off workers as a result of “the murderous doctrine of savage and wolfish competition, [of] dog-eat-dog and devil take the hindmost”. He appealed for a more collusive business environment, with the profits made from consumers to be shared between employers and workers.

Concerns about the deleterious effects of competition have always existed, even among those who are not persuaded that government diktat can replace markets, or that intrinsic human goodness is a more powerful motivator than monetary reward and punishment. Where the debate has been most heated, however, has been about the effect competition has on incentives to innovate.

The great Austrian economist Joseph Schumpeter believed that innovation was a much more powerful force for human betterment than ordinary price competition between firms. As a young man, Schumpeter seemed to believe that monopolies deaden the incentive to innovate: especially to innovate radically. Simply put, a monopolist does not like to lose his existing monopoly profits by undertaking innovation that would cannibalise his existing business.

By contrast, if the industry were open to new players, potential entrants, with everything to gain and little to lose, would have a strong incentive to unleash the waves of “creative destruction” that Schumpeter thought so essential to human progress. In a competitive industry, only paranoid incumbents – those constantly striving for betterment – have any hope of surviving.

The benefits of security
As an older man, Schumpeter qualified his views to argue that some degree of monopoly might be preferable to competition in creating stronger incentives for companies to innovate. The rationale is simple: if patent protection were limited, or if it were easy for competitors to innovate around intellectual property, a firm in a competitive market would have very little incentive to invest in path-breaking research and development.

After all, the firm would gain only a temporary advantage at best. If, instead, it withheld spending, and simply copied or worked around others’ R&D, it could survive perfectly well: and might be better off. Knowing this, no one would innovate.

If the firm enjoyed a monopoly, it would have the incentive to undertake innovations that improved its profitability (so called ‘process’ innovations). It would be able to capture the resulting profits, rather than see them be competed away.

A ‘boring’ bank, shielded from competition and knowing that it ‘owns’ its customers, would want to go the extra mile to help them, because it would get its pound of flesh from their future business. Customers can be happy even when faced by a monopoly, though they would grumble far more if they knew how much they were paying for good service!

An analogy may be useful. A monopoly is like running on firm ground. Nothing compels you to move, but if you do, you move forward. The faster you run, the more scenery you see: so you have some incentive to run fast.

Competition is like a treadmill. If you stand still, you get swept off. But when you run, you can never really get ahead of the treadmill and cover new terrain: so you never run faster than the speed that is set.

Boring markets don’t innovate
So which industrial structure is better for encouraging you to run? As economists are prone to say, it depends.

Perhaps one can have the best of both worlds if one starts on a treadmill, but can jump off if one runs particularly fast: the system is competitive, but those who are particularly innovative secure some monopoly rents for a while. This is what a strong system of patent protection does.

But patents are ineffective in some industries, like finance. The overwhelming evidence, though, is that financial competition promotes innovation. Much of the innovation in finance in the US and Europe came after it was deregulated in the 1980s: that is, after banking stopped being boring.

The critics of finance, however, believe that innovation has been the problem. Instead of Schumpeter’s “creative destruction,” bankers have engaged in destructive creation in order to gouge customers at every opportunity while shielding themselves behind a veil of complexity from the prying eyes of regulators (and even top management).

Former US Federal Reserve Board Chairman Paul Volcker has argued, somewhat tongue-in-cheek, that the only useful financial innovation in recent years has been the ATM.

Hence the critics are calling for limits on competition to discourage innovation.

Of course, the critics are right to argue that not all innovations in finance have been useful, and that some have been downright destructive. By and large, however, innovations such as interest rate swaps and junk bonds have been immensely beneficial, allowing a variety of firms to emerge and obtain finance in a way that simply wasn’t possible before.

The chance to fail
Even mortgage-backed securities, which were at the centre of the financial crisis that erupted in 2008, have important uses in spreading home and auto ownership. The problem was not with the innovation, but with how it was used: that is, with financiers’ incentives.

And competition does play a role here. Competition makes it harder to make money, and thus depletes the future rents (and stock prices) of the incompetent.

In an ordinary industry, incompetent firms (and their employees) would be forced to exit. In the financial sector, the incompetent take on more risk, hoping to hit the jackpot, even while the regulator protects them by deeming them too systemically important to fail.

Instead of abandoning competition and giving banks protected monopolies once again, the public would be better served by making it easier to close banks when they get into trouble. Instead of making banking boring, let us make it a normal industry, susceptible to destruction in the face of creativity.