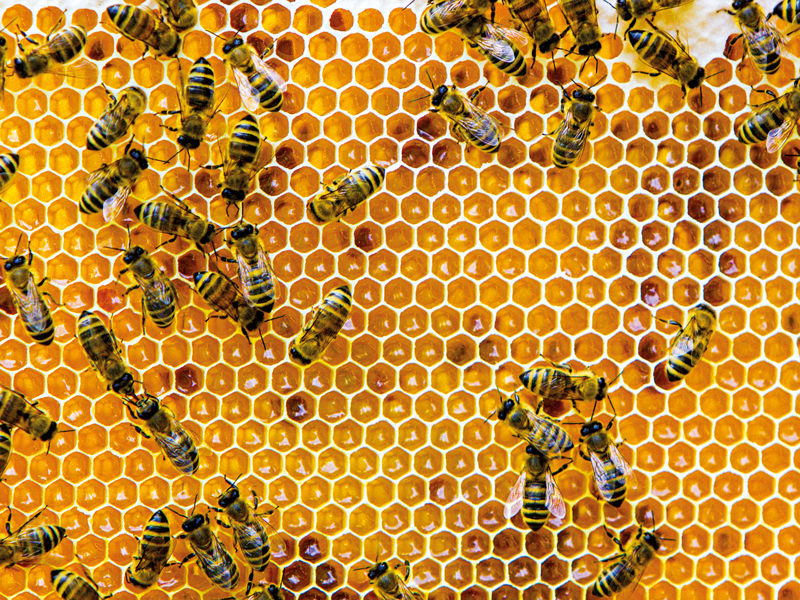 Insects are essential to the planet’s ecological health, with many other animals and plants relying on them. If insect numbers continue to collapse, the effects are likely to be devastating

Insects often get something of a bad rap. Most are considered little more than pests and (colourful species aside) are lucky if they don’t end up flattened by a slipper or a rolled-up newspaper. Recent research, however, indicates that humans have been taking these unpopular critters for granted. A study published earlier this year in the journal Biological Conservation found that 40 percent of insect species are currently threatened with extinction. Although previous research had noted falling insect numbers, the rate of decline – scientists from the China Academy of Agricultural Sciences and the universities of Sydney and Queensland believe global insect biomass is falling by 2.5 percent every year – has come as a shock.

Municipal planners should work on making cities more hospitable for their smaller inhabitants, allowing insects to live alongside humans

Insects play an important role that extends far beyond annoying picnickers. They are essential to the planet’s ecological health, with many other animals and plants relying on them. If insect numbers continue to collapse, the effects are likely to be devastating. Fewer insects may mean fewer pests, but a world with no insects at all would be one of crippling starvation and mass extinction.

On their last legs
Although headlines telling of an insect Armageddon may sound melodramatic, the situation facing the world’s beetles, bees and butterflies is pretty dire. At the current rate of decline, half of the world’s insects will be gone in 50 years and they will be wiped out entirely in a century. The reasons behind such a nosedive require further study, but some potential causes are coming to the fore.

Dr David Wagner, Professor of Ecology and Evolutionary Biology at the University of Connecticut, explained: “Agricultural intensification… and all it entails, relative to the more nature-friendly small family farms of the past, and urbanisation are the two greatest threats to insect diversity in Europe and North America. In the tropics, deforestation and climate change appear to be the primary threats. The threats to Mother Nature are many. I fear that her plight is one of death by a thousand cuts.”

Interestingly, although Wagner is right to highlight climate change as a contributing factor to declining insect populations, it comes relatively low down in the pecking order. While a recent study did note plummeting invertebrate numbers in a relatively undisturbed patch of the Puerto Rican rainforest, there is little conclusive evidence to suggest that climate change, so often the modern-day villain, is behind the worldwide decline.

“Evidence is limited as to how much impact, so far, climate change has had on insect numbers,” Professor Dave Goulson from the University of Sussex told The New Economy. “We’ve seen about a one-degree increase in temperature so far and there is evidence that, for example, some species like butterflies have shifted their ranges northwards in response to climate change. Bumblebees seem to be disappearing from the southern edges of their ranges as well. So it is beginning to have an effect. But probably in the grand scheme of things, climate change hasn’t had a major impact on insect levels.”

Habitat loss appears to be the main driver behind the recent drop in insect numbers, with large commercial farms meaning that flower-rich, semi-natural habitats that were once home to many insects have been lost. The increased use of chemicals may have resulted in larger agricultural yields, but they have proved deadly for the tiny creatures that once enjoyed their share of the annual harvest.

“Pesticides are designed to kill things and lots of the ones we use are insecticides,” Goulson said. “If you spray lots of insecticide, you shouldn’t be surprised if insects don’t thrive.”

Grub’s up
No one is yet suggesting that insects are in short supply – they remain the most abundant type of animal on Earth and outnumber humans in terms of biomass by a factor of 17. Yet, in spite of their overall volume, their small size and considerable mobility makes them hugely difficult to monitor.

“It’s worth stressing that we have enormous knowledge gaps when it comes to insect numbers,” Goulson said. “So far, we’ve named about a million species of insects but most people agree that there are probably at least another four million that we’ve yet to name. That means that we have absolutely no data for about 80 percent of the world’s insect fauna. But even for the one million insects that we have named, in the vast majority of cases, we have no long-term monitoring scheme in place to say what’s happening to their numbers. All we do have is isolated studies from particular places.”

While these isolated studies are painting a bleak picture, it should be pointed out that not all insects are struggling. As insect numbers fall overall, more hardy or adaptable species are likely to thrive – unfortunately, though, these are likely to be the species most commonly classified as pests.

“No matter what humans do, nature produces winners and losers,” Warner said. “If the world is converted to a massive anthroscape for our exploitation, with little regard for wild lands or wildlife, we will still have dogs, cats, rats, starlings, robins, cockroaches and dandelions. What will be lost will be tragic: millions of species that have fought tooth and nail, alongside us, on their own struggle for existence, through millennia, only to be extinguished by the rapacious self-interests of mankind.”

Not so long ago, insects were being talked up as a potentially protein-rich food for livestock, or even for humans. Currently, more than 1,900 species of insect are deemed fit for human consumption, but recent fears over an insect population collapse may scupper the few insect farms that view this as a viable proposition. On the other hand, there may not be much else to eat other than cockroaches and houseflies if most of the world’s pollinating insects die out.

Looking out for the little guy
If a bleak future is to be avoided, mankind needs to act fast to arrest the insect decline. Urbanisation is one of the main drivers behind the fall and there is unlikely to be an easy way of reversing this. At present, 55 percent of the world’s population lives in urban areas, with this figure set to hit 68 percent by 2050, according to UN projections. Trying to halt, let alone reverse, this trend is likely to prove futile. Instead, municipal planners should work on making cities more hospitable for their smaller inhabitants, allowing insects to live alongside humans.

“If we change the way we use parks, road verges, roundabouts and any place where there is spare land, planting wildflowers and reducing pesticide use, then perhaps cities could become giant insect nature reserves,” Goulson explained. “This would also have the advantage of helping people reconnect with nature because increasingly people spend all their time in cities. Some children grow up without ever seeing butterflies and perhaps we should try to change that.”

Agricultural businesses and national governments also need to take their fair share of responsibility. Financial incentives should be increased to encourage more organic farming, while providing access to an independent agronomic advisory service would help farmers make decisions about how many chemicals to use on their crops, without the interference of pesticide manufacturers.

Members of the public are also not without blame. Increased demand for organic food and local, seasonal produce would make it easier for growers to transition from industrial farming to smaller-scale, mixed horticultural operations. It’s true that saving insects from extinction will require major changes relying on both top-down efforts and buy-ins from consumers, but the alternative – a life devoid of the ecological vibrancy we enjoy today – is surely much worse.