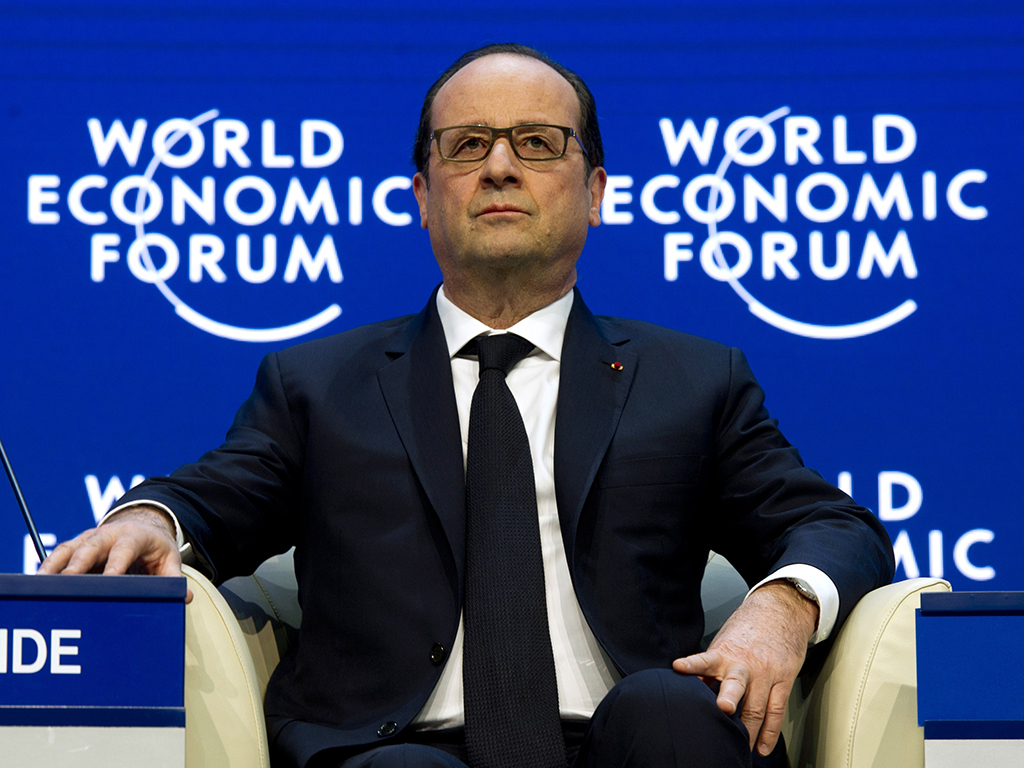 Tackling Climate, Development and Growth
Chaired by Christine Lagarde and attended by a number of leading names in industry and academia, the panel looked at what resources and commitments are needed to tackle climate change, development and growth. “With an aggressive move towards clean transport and greater energy efficiency policies, we could [boost] the global economy by up to $1.8tn to $2.6tn per year”, said Jim Yong Kim, President of the World Bank. And all in attendance agreed that a commitment to sustainability on all fronts would bring development and inclusive growth.

François Hollande
The French president took to the stage to speak about the country’s response to the Paris attacks and to highlight the country’s unity and tolerance in the days and weeks that followed. “It is the very foundation of our society which has found itself under assault”, he said. “Every time the world lets a conflict linger, terrorism flourishes.” Hollande also took the time to welcome the ECB’s decision to introduce a QE programme, and said: “It compels us to be more daring – to release the brakes on growth.”

India’s Next Decade
India has recently regained some of its former promise, and leading experts gathered at Davos to discuss how the world’s most populous democracy can realise its potential. “The Indian tortoise can take over the Chinese hare. If reforms are implemented India can achieve a growth rate of six percent to seven percent in the next two years”, said Nouriel Roubini, Professor of Economics and International Business at the Leonard N. Stern School of Business. The panel agreed that growth will only come if the government stays the course and does not compromise on its agenda.

The Russia Outlook
Russia’s economy has been hit by western sanctions, a flailing currency and falling oil prices of late, and only by introducing much-needed structural reforms and shifting towards a more liberalised political system will the country avert a crisis. “The government and the state shouldn’t work in the oil and gas market as it does today”, said Alexei Kudrin, Professor and Dean of the School of Liberal Arts and Sciences, Saint Petersburg State University. “One of the problems is that state corporations were not successful in creating an innovation economy.”

The Global Economic Outlook
Leading figures in world finance gathered on the last day of Davos 2015 to discuss what should feature at the top of the agenda in the coming year. Panellists agreed that the economy is better positioned today than it was a year ago and started off by welcoming the ECB’s QE programme, though highlighted the importance of reform in Europe. Falling oil prices also featured in the discussion, as did Japan’s stimulus package, US economic performance and the role of technology in the real economy and in the financial sector.