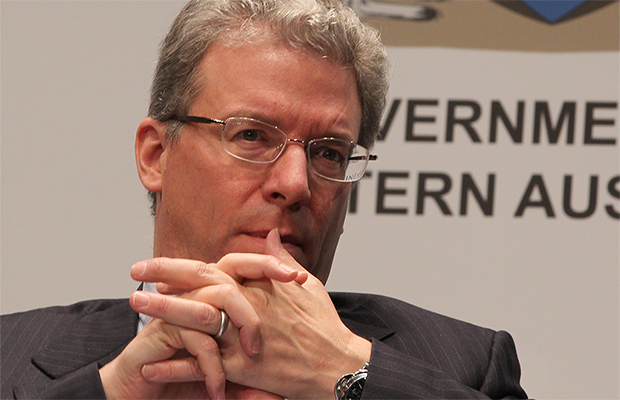 Ready to rumble? Tom Albanese has been named as Vedanta's new CEO. The global mining group hopes he will boost its share price and global presence, but has restricted his say on mergers and acquistions

Little over a year after former Rio Tinto boss was forced to resign following a monumental $14bn write-down, Tom Albanese has been appointed chief executive of Vedanta Resources, albeit with limited say on certain aspects of company strategy.

“Vedanta is a world class business and I’m honoured to be working with Anil and the Board as we lead Vedanta in the next phase of its development,” said Albanese in a company statement. “My focus as CEO will be on operational excellence, efficient cost management and sustainability to drive long-term value for all our stakeholders. I also look forward to supporting Anil and the Board in implementing the strategic ambitions of the Vedanta Group.”

Albanese stepped down from his previous role at Rio Tinto by mutual consent in January of 2013, after a series of acquisitions resulted in “unacceptable” losses, as described by the company chairman Jan du Plessis. The CEO’s downfall marked a turbulent time for numerous mining industry heads, among them being BHP Billiton’s Marius Kloppers and Anglo American’s Cynthia Carroll who also fell foul of worsening macroeconomic conditions.

Nonetheless, the London-based metals and mining company will be hoping that Albanese will succeed in boosting the company’s global presence and plummeting share price, which fell 25 percent in 2013. “Tom will lead all the businesses of our group companies. The board remains committed to delivering against our stated key strategic priorities of optimising our operations, strengthening our balance sheet and further simplifying the Vedanta Group structure,” said the company’s Chairman, founder and majority shareholder Anil Agarwal in a company statement.

However, Agarwal will still occupy the executive chairman position, leading some to question Albanese’s actual influence, or lack thereof, on company strategy. The incoming CEO has already admitted to the FT that Agarwal would have the final say-so on matters of strategy and M&A, which could signal either Albanese’s lack of control or an understandably cautious approach to deal making on the part of Vedanta.

Company shares climbed four percent on the news of the appointment; however, until his term begins in April and analysts are given ample opportunity to properly assess his influence on proceedings, shares will no doubt remain relatively unchanged.